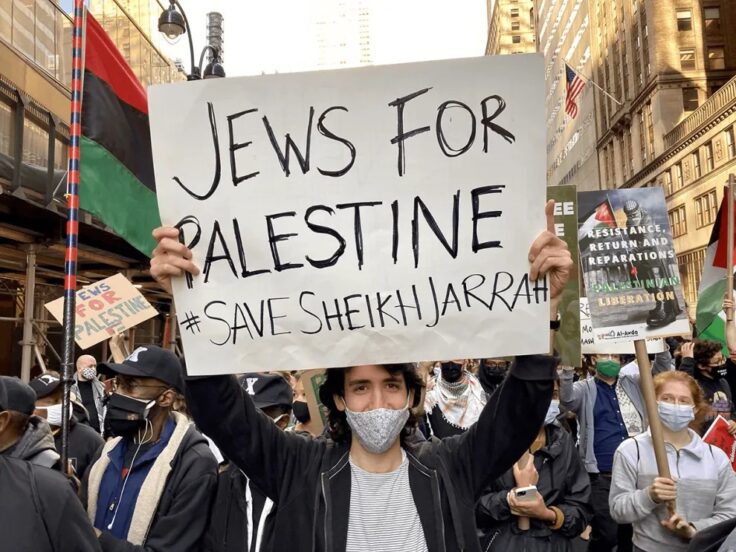 We need to draw the line

On May 16, a convoy of cars with Palestinian flags drove through Jewish neighbourhoods in north London, shouting threats aimed at Jews. Palestinians in the UK and across the globe immediately took to social media to condemn the act, stating that this group of people “do not represent us” and that the Palestinian community stands against antisemitism.

The urge to condemn this kind of behavior is only natural, stemming from a long history of Palestinians being falsely labeled as antisemitic. And misleading conversations about Palestine, especially from politicians who support the apartheid, have long mislead the public into thinking that anti-Zionism is synonymous with antisemitism.

Before we dive deeper into this, here’s a simplified definition of both terms. Anti-Zionism is the opposition of the state of Israel and the apartheid it has led in Palestine. Antisemitism, however, is a form of racism and hatred towards Jewish people.

To confuse both would also conflate Jewish people around the world with Israel, and to appropriate values of colonialism and apartheid to Judaism, which is erroneous simply because not all Jewish people have ties with Israel and standing against Israel has never been a matter of religion, rather, humanitarianism.

This kind of rhetoric has been targeted at celebrities, arguably in an effort to discourage them, notably the Hadid sisters and Dua Lipa who were accused in a New York Times ad of “vilifying the Jewish state” and “calling for a second Holocaust” simply for their stance against the occupation of Palestine.

And while neither the Hadid’s or Dua Lipa have backtracked in their statements despite accusations of antisemitism, mainstream media’s ability to deflect a message of support of the war-torn nation into an accusation of antisemitism is admittedly powerful. Just take Mark Ruffalo as an example, who, after tweeting in support of Palestinian Liberation, issued an apology for suggesting that Israel is committing ‘genocide’.

To eradicate this confusion, social media has been playing a pivotal role in changing the narrative and rooting against anti-semitic pollution of the Palestinian voice. Graphics explaining the fundamentals of this flawed reasoning have been circulating the platforms and activists are shutting down any misleading media in real time. Maybe this is just the beginning of a new era wherein social media might just hold more power than mainstream media.