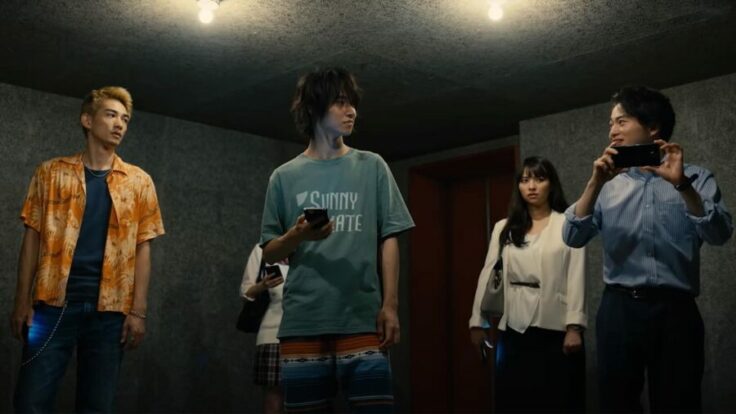 Staying alive has never looked like such a challenge

It’s already been five weeks since Squid Game released on Netflix, and it hasn’t stopped being on everyone’s mind since. The South Korean show is officially the streaming giant’s biggest hit yet. The dystopian series reached some staggering heights since its debut, with over 111 million views, grossing almost a billion dollars in the process.

Naturally, that means it’s been the subject of tweets, memes and of course, Halloween costumes.

Chances are, you’ve already binged through the entirety of the series, and that feeling of what I should watch next has never been stronger. If you’re looking for similar content – worry less, we’ve got you covered with a stellar list of survival shows to get you through the upcoming winter season.

After a nuclear apocalypse, the survivors of mankind turn to live in international space stations in orbit. No one has set foot on planet Earth in nearly a century until 100 juvenile prisoners are sent back to the ground to test the habitability of the planet.

Based on Stephen King’s novel, Under the Dome is a science-fiction drama that recounts the tale of a city, Chester’s Mill, that is suddenly trapped under an invisible and transparent dome that cuts them off the rest of the state, country and the world.

Released in 2020, Alice in borderland’s plot is centred around an obsessed gamer, Arisu, who suddenly finds himself in a strange, emptied-out version of Tokyo in which he and his friends must compete in dangerous games in order to survive.

In a society that is divided in two, the Offshore and the Inland, citizens have to go through “The Process” to have a chance at a better life, starting from scratch and away from the discrepancies, shortages and misery that they were born in initially.  Everyone in the Inland has a chance to go through The Process but only 3% make it through.

From the creator of Parasite, Snowpiecer imagines a post-apocalyptic world where survivors live in a perpetually moving train that travels the globe whilst questioning class warfare, social injustice and what the politics of survival would like if the world came to a sudden end.

We couldn’t make a list of survivor series without including the all-time classic: Lost. Spanning across six seasons and over 100 episodes, the story develops on an abandoned island where the survivors of a plane crash have to join forces for their survival up until they realise that they are not alone on the island.