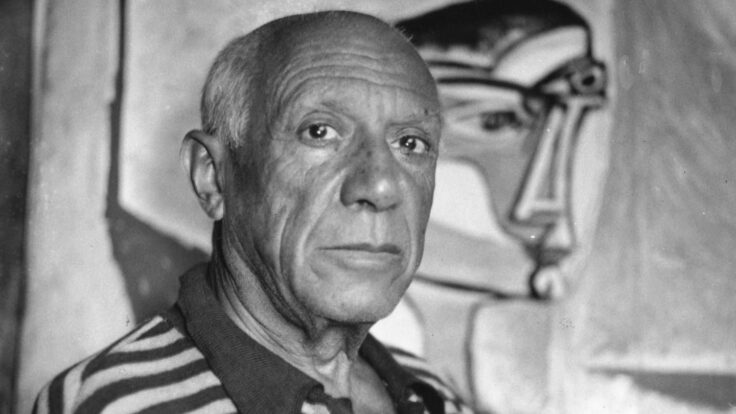 It is said to be worth millions

A painting believed to belong to one of the greatest and most influential artists of the 20th century, Pablo Picasso, was recently found following a drug raid in Iraq’s eastern Diyala province conducted on Saturday.

The security operation sought to put an end to ongoing trade taking place from within the country. Following the arrest and seizure of several incriminated individuals alongside substantial amounts of illegal narcotics, Iraqi authorities made a statement claiming that an original artwork from the Spanish artist had been found and sequestered following one of the largest wave of arrests in recent years.

“The General Directorate for Narcotics Control arrested 1,300 drug dealers and users during July, and seized 46 kilograms of drugs including 37 kilograms of Crystal,” said Bilal Sobhi, spokesperson of the General Directorate of Narcotics Control of the Ministry of Interior. “The drug trade is linked to many crimes, including murder, theft, kidnapping, rape, gang formation, corruption and family disintegration, until it reaches the antiquities trade,” Sobhi added.

Found in the possession of three people that were initially tracked down regarding their supposed links to drug trafficking and usage, the now-confiscated piece of work has been said to be worth “millions” of dollars.

“The anti-narcotics directorate carried out an operation in which a network of three defendants who were involved in the trade and transport of narcotic drugs were arrested, and a painting belonging to the international painter Picasso was seized in their possession,” Sobhi told  Iraqi News Agency.

The painting has reportedly not been authenticated yet, with no further images or information regarding the piece’s condition, size, or subject matter having been revealed either. It is still also unknown whether any further works of art were found during the raids although this is not the first time that a suspected Picasso was found in the Land between the Rivers.

Back in 2009, police forces had already come across a first rare painting signed by the Spanish painter. The piece, titled Naked Woman, was stamped, in lower case, with the name “Louvre” and was said to have been nabbed during the 1990 Iraqi invasion of Kuwait. However, following further research and investigation, the Louvre Museum themselves denied ever having a Picasso in their collection, which has been keeping the mystery alive to this day.