French artist and photographer Guy Bourdin set the stage for a new era of fashion photography in the ‘70s and ‘80s with his surreal, envelope-pushing photos. Along with his brow-raising editorials for publications like Vogue, Bourdin shot risqué campaigns for the world’s leading fashion houses during his more than 40-year-long career who enlisted the photographer for his distinct style and technique using theatrical lighting, dramatic, graphic composition and a technicolor palette, that has influenced generations of fashion and beauty photographers that came after him.

Guy Bourdin: A Middle East Exclusive, a forthcoming exhibition at THAT Concept store in Dubai’s Mall of the Emirates seeks to further contribute to a wider appreciation of the trailblazing photographer. Opening on Feb. 2, it will be the first time that Bourdin’s work is showcased in the Middle East. The exhibition will feature large format, limited edition, hand-printed Guy Bourdin photographs, and will run until the first week of March. Bourdin developed an interest in photography during his service in the Air Force in 1948 to 1949. He was stationed in Dakar, where he worked as an aerial photographer. When he returned to Paris, he supported himself with a number of menial jobs, including as a salesman of camera lenses. He continued to paint and take pictures, and sought out the mentorship of Man Ray, whose wife turned him away six times before Ray himself answered the door on the seventh time and invited Bourdin in. Today, he is referred to as one of the most influential visual artists of the last century.

The photographer was renowned for being a solitary figure. He refused to exhibit or sell his fashion photographs and consistently turned down offers to publish monographic studies of his work. In fact, the only “book” he ever made was a lingerie catalogue for Bloomingdale’s in 1976. Almost ten-years-later, in 1985, he refused the Le Grand Prix national de la photographie, even though he needed the money. It has never become clear why Bourdin was opposed to seeing his work exhibited and refused the award. Since his death from cancer in 1991, his work has been showcased around the world, including in the most prestigious museums, such as The Victoria & Albert Museum, Tate Modern, The Jeu de Paume, The Getty Museum, The National Art Museum of China, The Tokyo Metropolitan Museum of Photography, and The Moscow House of Photography. 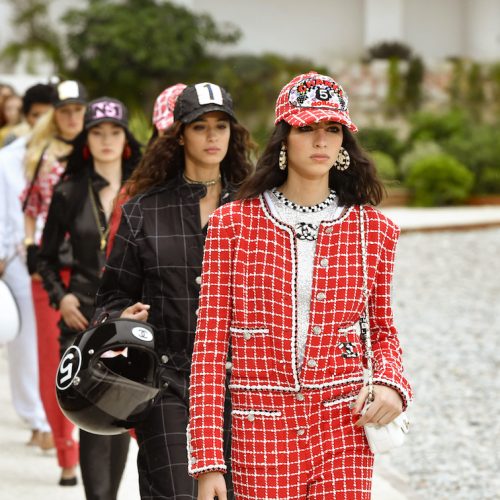