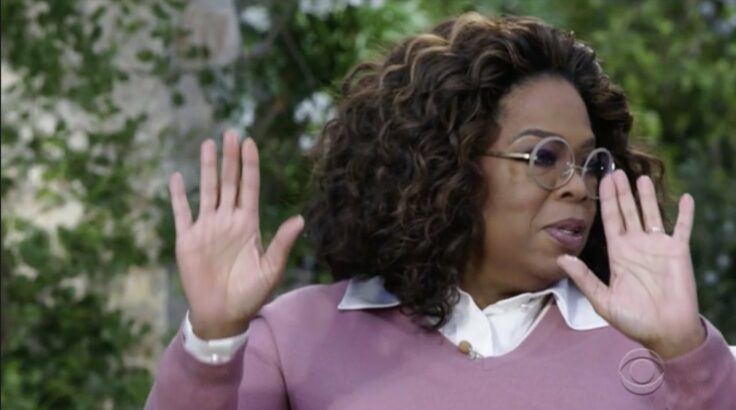 The Memes That Defined 2021

Remembering the ones that made this year a little funnier

With so much time spent at home over the past 12 months, the internet was one of the only havens left for us to relax. No, we’re not talking about Zoom parties that had us in chokehold in 2020. Memes were this year’s stress-reliever. And thankfully, we were spoiled this year, with chockfull of viral events that were meme-worthy.

You might not remember them all, so we’re here to jog your memory. Here are some of our favorites that’ll remind you of just how chaotic 2021 was.

All covered up and wearing his iconic Christmas brown mittens, US Senator Bernie Sanders became an instant meme while sitting showing a grumpy face at the presidential inauguration last January. His arms crossed and legs folded made the internet melt as the world was finally thawing itself out of the winter season as well as out of Trump’s tumultuous term in office.

By now, J.Cole probably regrets his line about how strong and healthy Will and Jada Smith are together. 2021 was punctuated by hot and very intrusive claims and quotes from the couple and one of them managed to freeze in time. Following another scandal, Will Smith was interviewed about some comments made by his other half and showed frustration and sadness when asked about it. Immediately screenshot and thrown onto Twitter, Will’s face is not as fresh as it used to be back in the Bel-Air days and the internet knew how to give it their own spin.

Will Smith sees Tupac every time he looks at Jada.. Tupac is forever alive in his marriage.. So sad hey 😭😭😭 pic.twitter.com/2bSOAw81xH

Taken out of a scene from “Star Wars Episode II: Attack of the Clones”, the four squared box image of Anakin and Padmé’s conversation took the internet by storm in the second half of the year giving alternative captions to what the two protagonists had to say in the saga. Here is the original sequence:

it's crazy how this conversation between anakin and padme is so relevant for today. pic.twitter.com/RhoKIgxVIU

Good and bad side

Originally drawn by Brazilian illustrator and journalist Genildo Ronchi, the cartoon, posted on November 28, became Twitter’s latest sensation seeing thousands and thousands of remixes going through everyone’s TL. The image has two people, sat oppositely on a bus, with one being happy and the other one unhappy. Literally living by the “Choose the happy side of life” saying, this image was recycled an uncountable number of times, all of them being just funny and cynical as the other. Here’s the original post:

Oprah really needs no introduction. Her career spans over 20 years in the media industry there’s no A-list celebrity, icon or model that she hasn’t interviewed. This year, she had the exclusive opportunity to break the ice with English royals. Prince Harry and Meghan Markle sat down with the host and some of her reactions had the internet blow up, including this one.

me muted on Zoom, but still doing the most with my expressions to show that I’m listening pic.twitter.com/SzOUrPj0h6

Politics and humour are known for going hand in hand. But not when one of the world’s most important canals gets blocked. Rewind to March 2021, the Suez Canal got clogged by a tiny container ship that put the whole planet on hold. While the situation was quite ironic given the size of the ship causing all of these troubles, many pictures of official authorities trying to solve the now global issue became memes overnight. 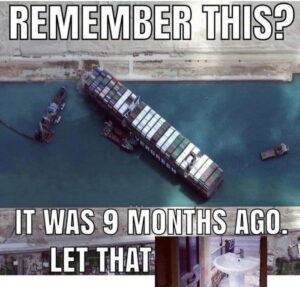