The Reality of Growing Up Vegan in an Arab Household

It’s kinda like trying to explain what gluten is

Most people can pinpoint the moment they decided to go vegetarian or vegan. Some of my friends in London—who have now chosen to take the leap—count things like environmentalism (farming meat is the largest source of greenhouse gases, land use and degradation) as defining factors.

But my reasoning has always been a little different. I didn’t choose to become vegan because of the environment (although that’s a great by-product) or because of my love of animals (although I adore them more than most humans) but in actuality its because of a bizarrely traumatic experience as a child.

Growing up in a first generation Moroccan household in the heart of Sussex, England meant that our summers were predominantly spent flying back to Morocco to visit family. Whenever we’d arrive in Fez, we’d be met with a huge celebration, whereby every single family member in a 20-mile radius would congregate at my dad’s house and throw us a huge welcome home party.

One of my earliest memories was when we went back to Morocco for my brother’s circumcision (yes, we had an entire trip dedicated to it – imagine having to explain that to everyone at school…).

Family members flew in from all over the country, lots of exciting things began to arrive at the house: bizarre ceremonial furniture, huge tagines and two rams and a gang of chickens. I was overwhelmed with excitement. Along with the cute strays from down the street – I now had my own micro-farmyard in the heart of Fez.

I named the two rams and ran around the backyard with the chickens every single day. But when the day of my brother’s impending circumcision came along, suddenly my new farmyard friends disappeared.

I ran around the house asking my mum where they’d gone – no answer. I asked my dad – no answer. I ran down to the backyard… and there they were… hung by their feet from a wire line with two men slicing their stomachs open with the biggest knife I’d ever seen. I looked down – and there hobbled my favourite chicken, running around with half his head hanging off. I ran inside and cried – I couldn’t believe that firstly they had become some bizarre sacrifice for my brother’s circumcision, but secondly that that was where meat actually came from. That was the belly of the beast. The origins of all those McChicken nuggets I’d eaten. I was repulsed. 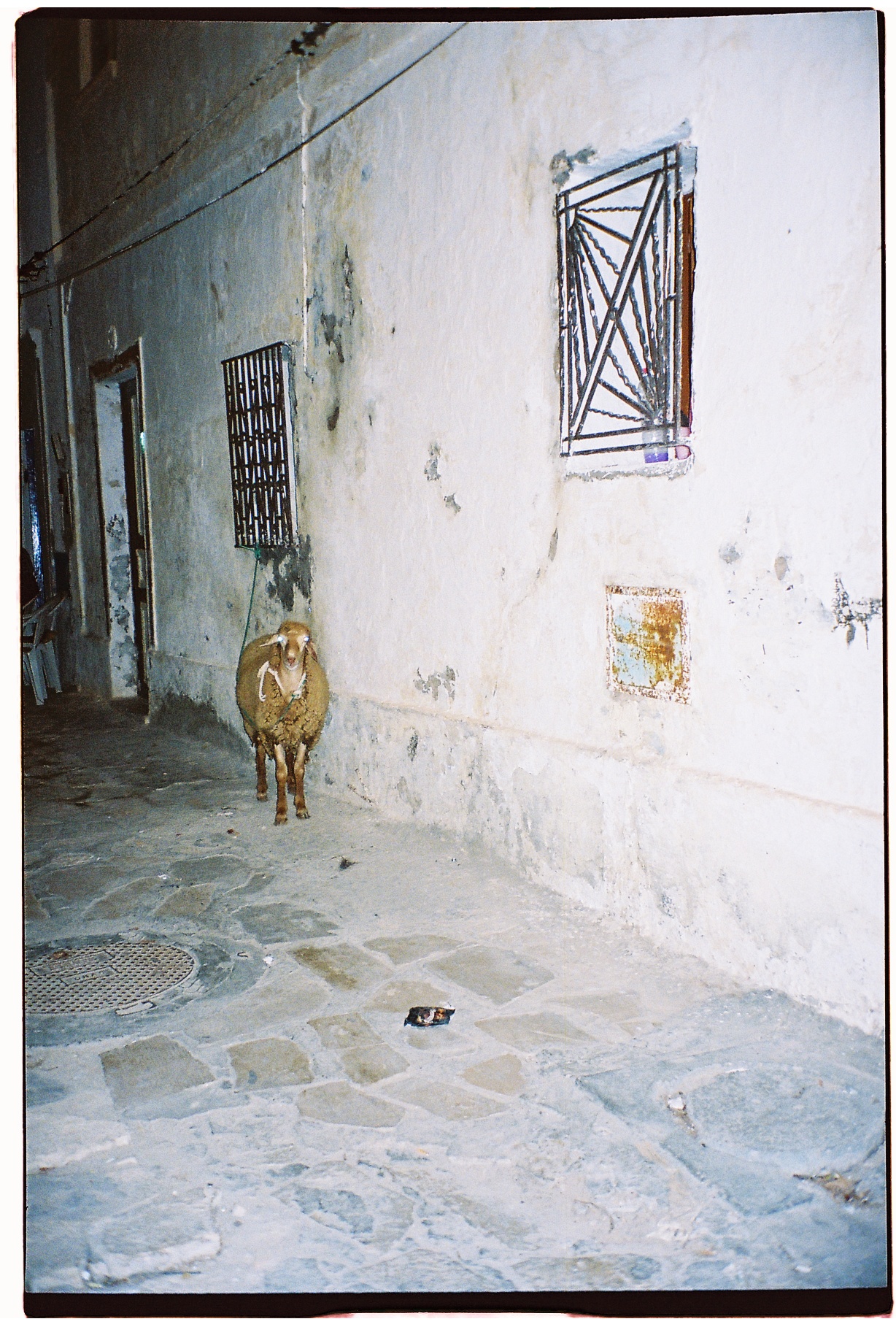 But explaining this to my family—who quite literally see buying meat as some kind of right of passage and a sign of wealth—is another story. Most western families still understand the millennial privilege of being able to go gluten-free whilst my dad has an entire fridge dedicated to meat. The halal butcher down the road is practically family.

Even today, when I go home, my mum will pass me a big bowl of harrira and nonchalantly pretend there aren’t cubes of meat floating around. When I remind her I don’t eat meat – it’s met with a giggle and a smile – whilst my dad will ask what’s wrong with me, am I sick? Do I have enough money?

The concept of veganism for the majority of my family is so abstract. And why wouldn’t it be? In the West we have little to no concept of where our meat even comes from. People watch Cowspiracy and vow to never touch a filet mignon ever again but in Morocco, meat is ceremonial – it’s a symbol of celebration and indulgence.

When I return to Morocco, I can’t even begin to explain what voluntary veganism is to my granddad. He’ll routinely tear off an entire leg of chicken from the tagine and pass it to me, gesturing for me to indulge – it’s their treat after all. And instead of meeting it with my usual disgust, I take it and smile… then bury it beneath the couscous in front of me.