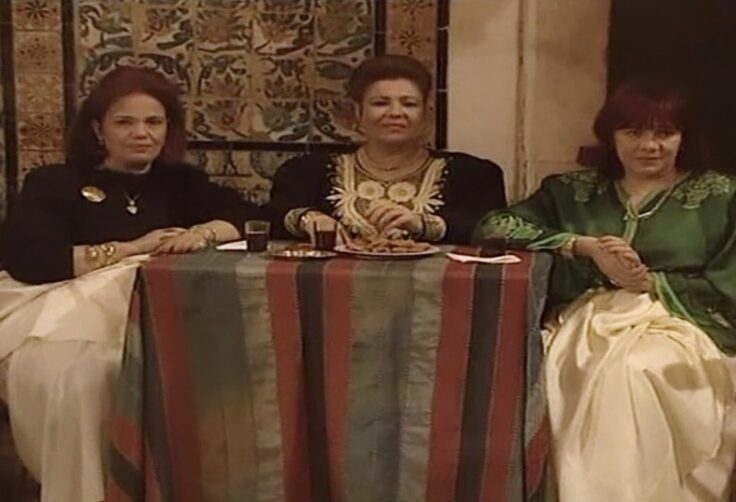 The real value of your favourite musalsals

Musalsals are the ultimate Ramadan tradition. It’s when we truly decolonize and ditch western series, proudly indulging in our favourite local productions. No family goes without a couple hours spent with eyes glued to their television screens, watching the ultra-addictive plotlines unfold.

But the tradition goes beyond uniting families, they arguably unite societies at large. If not at the family table, musalsals become the talk of the morning, for classmates at school to friends at suhoor and or between neighbours on the side of the street. “Did you watch that last night?”, “You should definitely watch this show,” you’d hear every utter.

Daily reviews and criticism, predictions for the next episodes, and that person who is obsessed with one series and constantly recommends it are practically a ritual within themselves at this point. Then there are the catchphrases—the ultimate tradition. Catchy lines from Ramadan series can literally become cultural staples, finding their way into our dialects.

In Tunisia, El Khottab Al Bab, arguably the most famous Ramadan series in the country, is the perfect example. The 1996 musalsal has made popular phrases like “Karmek Allah” and “El Boza” (which originally is the name of a local dessert but thanks to the series it humorously means ‘whooping’ someone).

Another character that was quite popular especially amongst young men in the region is Al Hayba’s Jabal. A huge number of fans took to TikTok to imitate his way of speech and using his famous quote “la tahkalih lal ham”.

As such musalsals have not only influenced our dialects, they are a proof of how they’ve evolved throughout the years. A few episodes into older Ramadan series like Layali el Helmeya and El Khottab Al Bab and you can already notice the evolution in colloquial language. It has shifted from a dominantly Arabic one to a mixture of foreign languages and modern slang.

Arab sayings and proverbs which are particularly prevalent in musalsal scripts, are also a pivotal part of the classical colloquial Arabic but are unfortunately decreasing in use today. It’s how our ancestors communicate their sarcasm as is the case of grandma Mannena who often uses “ken nalhak iini nochromha” as her comeback line in an argument.

The rise of the internet might have played a major role in this transformation. Although it might have produced a diversified dialect, it has slowly stripped the colloquial Arabic from the literary one.

It can be seen in El Khottab Al Bab characters like Ahmed and Fatma, who are two students passionate about Arabic poetry and literature, and speak a dialect that significantly reflects this change against the current hybrid dialect that a majority of young Arabs use today.

But that isn’t the only evolution that Ramadan series prove to be a testament of. The musalsals are also a door to observing societal and cultural shifts. Despite a few period dramas and fantasies, most of the series usually hold a mirror to society in their current year. This year’s production Mamnou’ Al Tajawol is a perfect example as it portrays post-pandemic Saudi Arabia.

They become a channel for local narratives to be heard and somewhat an archive of reality in the Arab world as well as societal change from one year to the next.

Particularly after the Arab Spring, productions are now more focused than ever on tackling political realities, social issues and real-life inspired stories in war-torn countries, in particular. Some of the political issues tackled were terrorism in MBC’s Gharabeeb Soud and illegal immigration in Tunisian series El Harga.

Over the years, Ramadan series have witnessed the growth of the regional television scene along the years, offering a chance for young local talents to shine. They are a long-time tradition that drives both creative and social change.

MILLE took inspiration of this fascinating world of musalsals and created our own series in partnership with Gucci, which you can watch here: