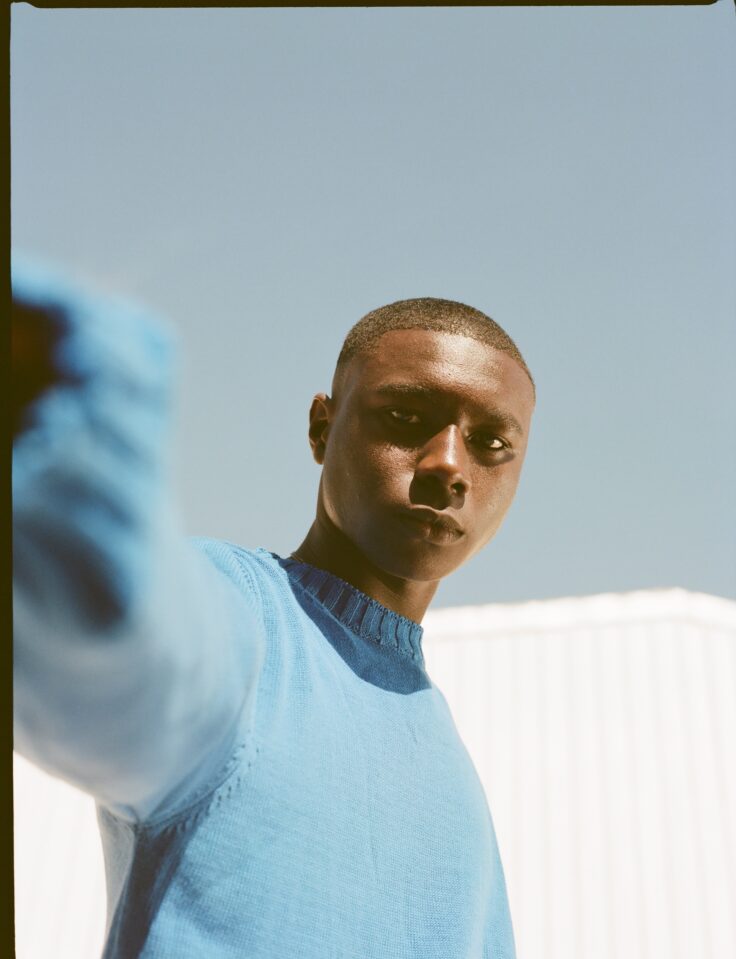 But not as you know it

The idea of partying, listening to live music, or a trip to the cinema was unthinkable in Saudi only a few years ago– let alone playing host to one of the Arab World’s biggest and loudest of music festivals. Since the late 2010s, the Kingdom of Saudi Arabia has started its very own cultural revolution, striving towards innovation, opening up to culture and tourism, and being perceived as a key player in the regional and global scene.

Authoring a new chapter to its own already rich and lengthy history, the Kingdom that boasts 60 percent of inhabitants under 35 is banking on its youth. Placing younger generations at the centre of conversations has been one of the main changes in Saudi. While a few years ago social life was confined to the private sphere, the country’s underground culture is finally being put under the main light. And the Saudi creative scene is proving to be very appreciative of this new liberalisation. Especially Gen-zs, and that’s why we teamed up with YOOX to trail it all for you. The retailer recently launched a new concept shopping hub called HI_GUYZ! with this generation constantly experiencing change as its main focus. And that’s why we thought they’d be the perfect match. The Italian group is known for being able to adapt to societies in motion while increasing sustainability and care for a more inclusive and fairer fashion industry. And that is exactly what they are here to do with us today. 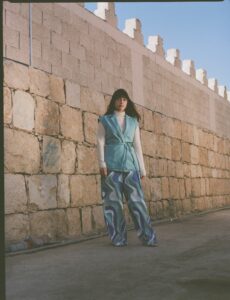 To celebrate the Kingdom’s welcoming of new times, we met with four of its most talented creatives for a campaign shot by Hayat Osamah. Featuring looks from YOOX, Zainab Alblushi, Yazeed Ahmad, and Crystal Rhymes, and Mak,  the young creatives sat down with MILLE to talk about how the changes brought up new perspectives to them, drawing a portrait of what an open Saudi looks like. 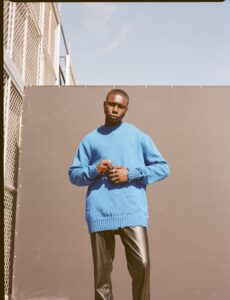 “It is very motivating. I think a lot of people will agree with me when I say that we grew up in a culture where we only had to focus on studying and on how our future was planned for us,” explains Zainab, a Korean-Saudi YouTuber whose refined minimalist style has garnered her a large following in the Kingdom. “We have more courage to try different things and to see where we can be creative outside of the work environment. It gives us more chances to be us and being you means being more creative” she continued.

With the creative sector on the ground seeing a major shift, those who previously resorted to emigrating abroad to work in their respective industries are now coming back home. Yazeed, who chose modelling as a career path, is one of them: “After the changes I saw happen in Saudi, I thought of giving it a shot [and coming back to] Riyadh. It’s exciting to be part of something that is new and at its early stages,” he says, after returning from Tokyo. 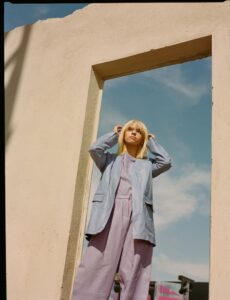 Whilst being a male model wasn’t totally unheard of in the Kingdom before, to have a flourishing career required moving abroad. Things are different now. The changes have allowed young talents to seek out alternative careers that don’t fall within tradition. Mak is among them. Like Yazeed, he too has seen recent years open up opportunities to model. Hayat Osama, now a sought-after photographer who has worked on major campaigns regionally in the region, has taken her lens to Mak, showcasing what the Kingdom has to offer. 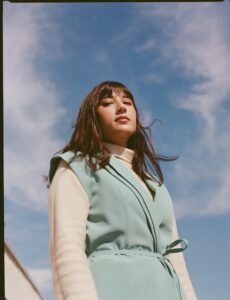 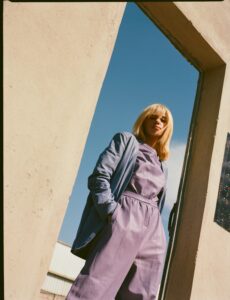 This was only possible in the age of social media. After all, if you wanted to make friends in Saudi Arabia who shared your interests five years ago, those relationships were often restricted to Instagram and Snapchat. Today, mixed gender gatherings are slowly becoming the norm, which has paved the way for entire communities to flourish.

“A lot of people we became friends with through IG but couldn’t meet up and we finally just met only recently,” explains Yazeed. 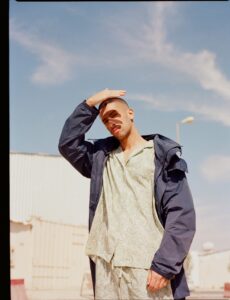 Among the people Yazeed met was Crystal, who is featured alongside him. She too, only met like-minded individuals on Instagram. And when asked if she previously felt supported in her creative endeavours, she was quick to answer with a “no”.

Now, she feels that she’s found her tribe. And as time moves forward, it gets easier. The lack of social interaction came with feelings of social anxiety for Crystal. “I used to get nervous when meeting people. What I’m going to say, what I’m going to do,” she explains. But as the Kingdom lifts its restrictions, the anxieties subside with them. It’s all directly correlated.

The changes have been quite quick to happen, however. To some, like Zainab, it can be quite shocking, but not in the way you might expect.

“[I was shocked] especially when I went to the Biennale. It’s amazing, it looks exactly like the art galleries we see in Korea which have been there for years. These have just opened so it’s amazing to see the level and standard,” she explains.

This means that whilst yes, the changes that have taken place have been drastic, they’re more often than not welcomed by Saudis. Besides gaining the freedom to socialise and a clear path towards creative careers, the Kingdom’s opening has also meant a reshaping of perceptions of Saudi by outside communities. 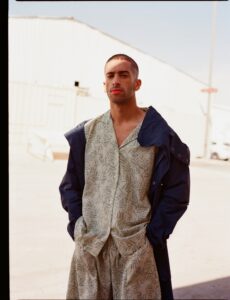 “I feel like there is a bit of ignorance about Saudi and a lot of wrong ideas,” says Yazeed. But rather than putting focus on what the international lens has to say, for him, and other creatives, it’s all about cultural production. “All I want to see is young Saudis creating and having fun. I don’t care and we shouldn’t care about what the world thinks about us at all as long as we’re doing what we want to do.”