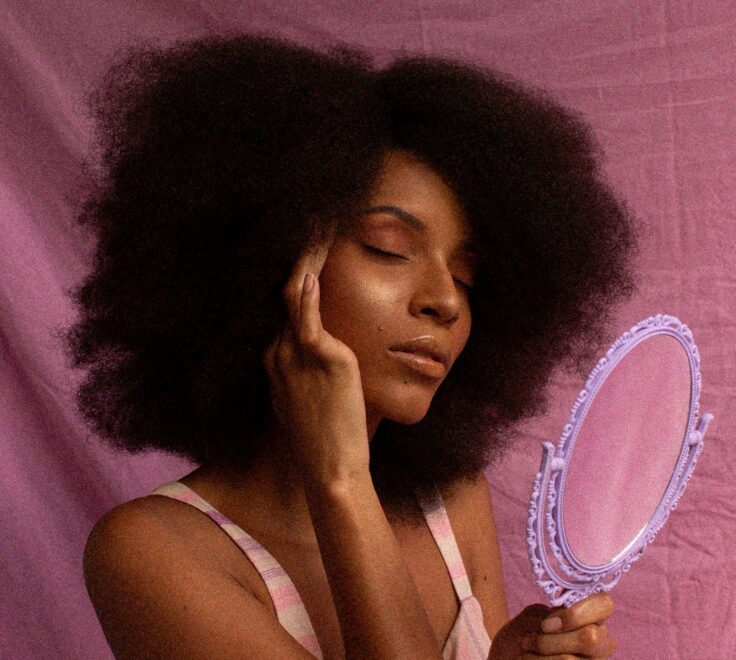 Towards the acceptance of the kinky, frizzy, and nappy

Stigmatisation can take many forms. In North Africa, kinky, frizzy or nappy hair (commonly called ‘hrach’) are often a target.

Whilst a natural hair movement continues to thrive around the globe, the issue has yet to be tackled in the region, but Yassin Alami made it his mission to celebrate all types of hair among Maghreb communities.

Cue in ‘Hrach is Beautiful’, a movement born after Alami joined forces with Samia Saadani. The duo realized that the term ‘hrach’ was directly linked to deep-rooted identity and colourism issues and were quick to launch the campaign with the goal of reversing stigmas and transforming the hair type into a source of pride.

If you’ve spent some time in North Africa, you’ve definitely heard the term ‘hrash’, and it’s hardly—if ever—used in a positive light.

“When I go to Algeria during the summer, I hear girls call curly or natural hair ‘hrach’ and often make fun of it,” confirms Imane, a young 25-year-old Algerian.

Afterall, one’s hair type evokes a much deeper and complex matter. Like all features, hair types are a marker of beauty in today’s society—one that’s unfortunately dominated by a European standard that prefers sleek straight hair to hrash.

It’s undeniably a beauty standard that has a profound impact on our sociocultural associations, making any reclamation of natural hair a powerful form of expression. It is not only a constant portrait of the African identity, but one that screams freedom. It stands for emancipation from decades of colonization.

According to Alami, negative connotation given to the label ‘hrach’ is rooted in a lack of understanding of the Maghreb identity and the unwillingness to embrace an African identity.

It’s not uncommon for North Africans to rebuke associations to African identity, a result of over a century of European colonialism that successfully left the continent suffering through a nuanced, racially-charged continental divide.

When Europeans colonized Africa, they worked tirelessly to acculturate populations. In North Africa that process included a total denial of archetypal African features, which of course included nappy hair.

It is between these two realms that we find Maghrebis and their curly, frizzy, kinky and nappy hair: not beautiful by westerner standards, not Arab enough for Middle-Easterns. Thanks to efforts like Alami and Saadani’s ‘hrash is Beautiful’ movement, that’s slowly changing.

“My Africanism is important to me. My blood is African so is my hair and I love it. Having ”hrach” hair is so powerful, it’s a message on its own,” says Zakaria, a 25-year-old Algerian.