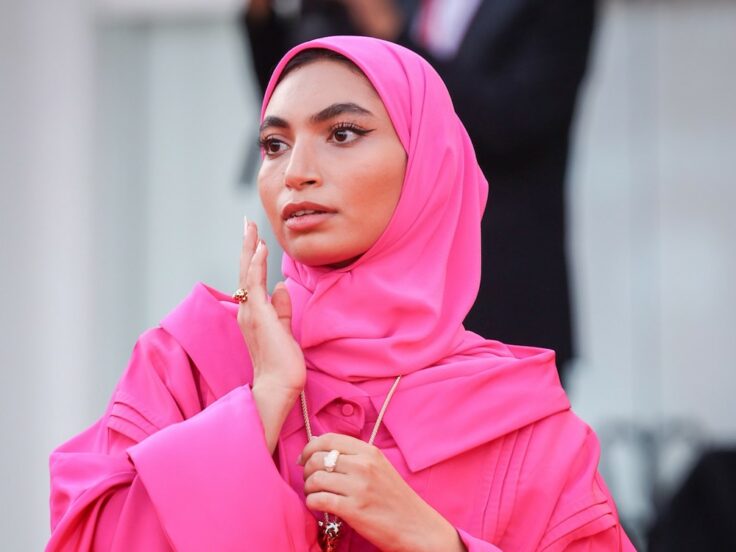 6 Times the Hijab Turned Heads on the Red Carpet

It’s not very often that you see a hijab on an international red carpet. In fact, we could probably count on two hands how many times we’ve seen a hijab-wearing person step out at a major film festival, awards show, premiere, or other glamorous red carpet event, including the time Syrian refugee Hala Kamil, the subject of the Oscar-nominated short documentary Watani: My Homeland, walked the 2017 Oscars red carpet in a custom velvet purple top and black skirt made by Brandon Maxwell and a matching purple headscarf.

But why is it that there’s so little representation when it comes to visibly Muslim women on red carpets?

First, let’s deconstruct the history and purpose of a red carpet. Its earliest known incarnation was In the Ancient Greek play Agamemnon, written in 458 BCE, where the titular king has a pathway of dark red tapestries set out for him when he returns from the Trojan War. Agamemnon, knowing that only gods walk on such luxury, responds: “I am a mortal, a man; I cannot trample upon these tinted splendors without fear thrown in my path,” before meeting his tragic fate.

Plush crimson-colored carpets continued to denote high status, and in 1821, the arrival of US president James Monroe was marked by the laying out of a red carpet to welcome him.

It wasn’t until the late 1920s that the red carpet became synonymous with Hollywood and film premieres— the first time that a scarlet-hued tapestry was used for a Hollywood screening was at the 1922 premiere of Robin Hood. In the decades that followed, the red carpet became one of the few places the public could catch a glimpse of major stars like Grace Kelly and Clark Gable.

Then in 1961, a 900 feet long and 33 feet wide red carpet was unfurled in front of Santa Monica’s Civic Auditorium for the Academy Awards. A few years later, broadcasters of the ceremony opted to film outside the venue, showing the arrival of celebrities exiting their limousines and entering the event. From this point, the red carpet became a globally acknowledged focal point for actors and actresses to make a grand entrance and showcase themselves at the Oscars.

Today, red carpets are rolled out for celebrities, royals, and high-ranking dignitaries at celebrity gala events, film festivals, and award shows around the world. Invites to the aforementioned are usually sent out by institutions, brands, media publications, and PR agencies to those who are connected to the industry in some shape or form. So, the lack of hijab-wearing visibility points to the larger issue of the severe underrepresentation of Muslim talent in segments of our society.

The reason we don’t see many hijab-wearing women walk the Cannes red carpet, for instance, is because there are hardly any hijab-wearing women represented in film. According to a study, titled “Missing & Maligned: The Reality of Muslims in Popular Global Movies,” Muslims accounted for just 1.6 percent of 8,965 speaking characters in 200 films surveyed. Female Muslim representation is exceptionally low, with the ratio of Muslim male characters to female characters across 200 films being 175 to 1. And that’s just the movie industry.

Though there have been some major strides for representation in the past couple of years— for instance, Ilhan Omar became the first hijab-wearing woman to serve in Congress in 2018, while many designers are choosing to up the ante on inclusivity by casting hijab-wearing models for their shows and campaigns— it’s still not enough. There’s still an overwhelmingly low number of Muslim women, hijab-wearing and not, in television, film, music, and fashion.

That’s why we were pleasantly surprised to see Aya Mohamed, more commonly known as Milan Pyramid to her 28,300 Instagram followers, step out at the 79th Venice International Film Festival this week. The Milan-based Egyptian content creator attended the world premiere of Argentina 1985 on Saturday wearing a hot pink ensemble from Valentino paired with Cartier jewels.

From Malaysian singer Yuna to US-Somali model Halima Aden, below, six times the hijab made the perfect red carpet accessory. 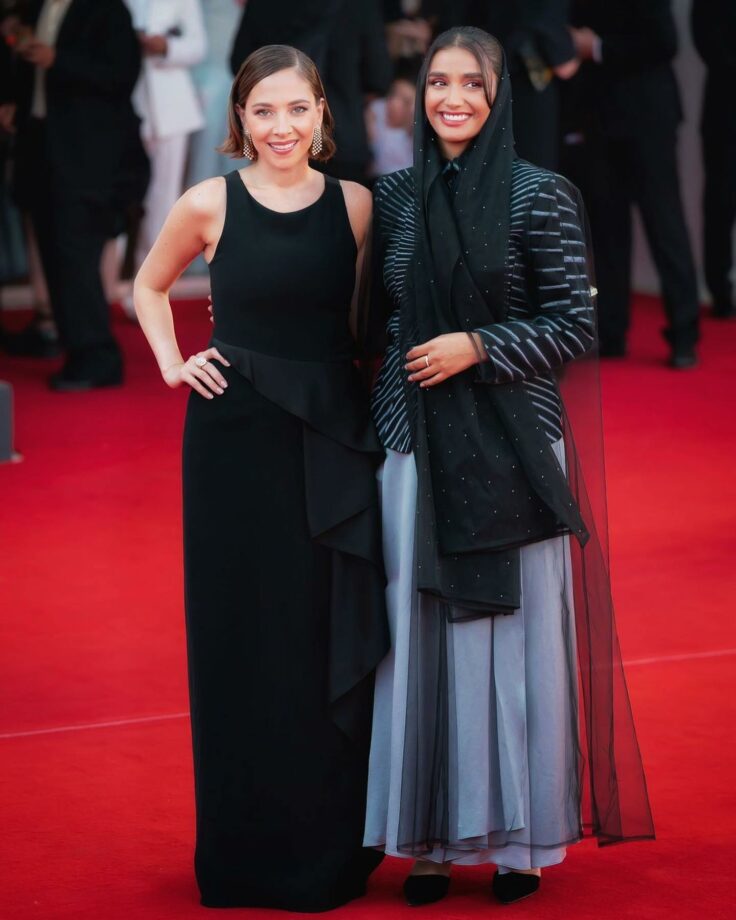 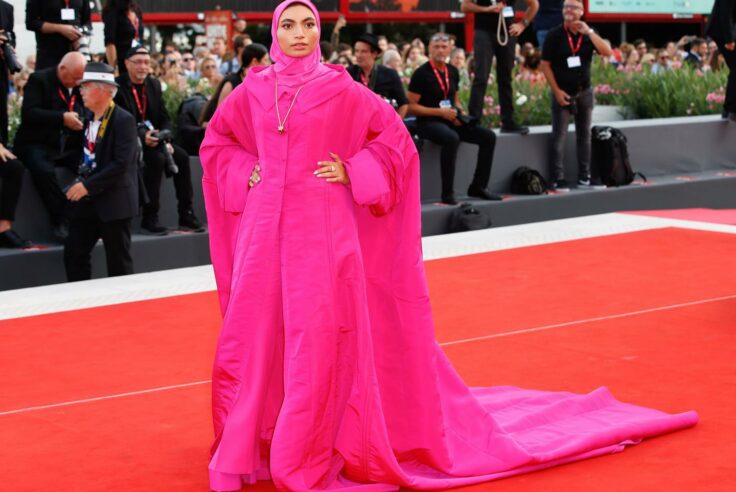 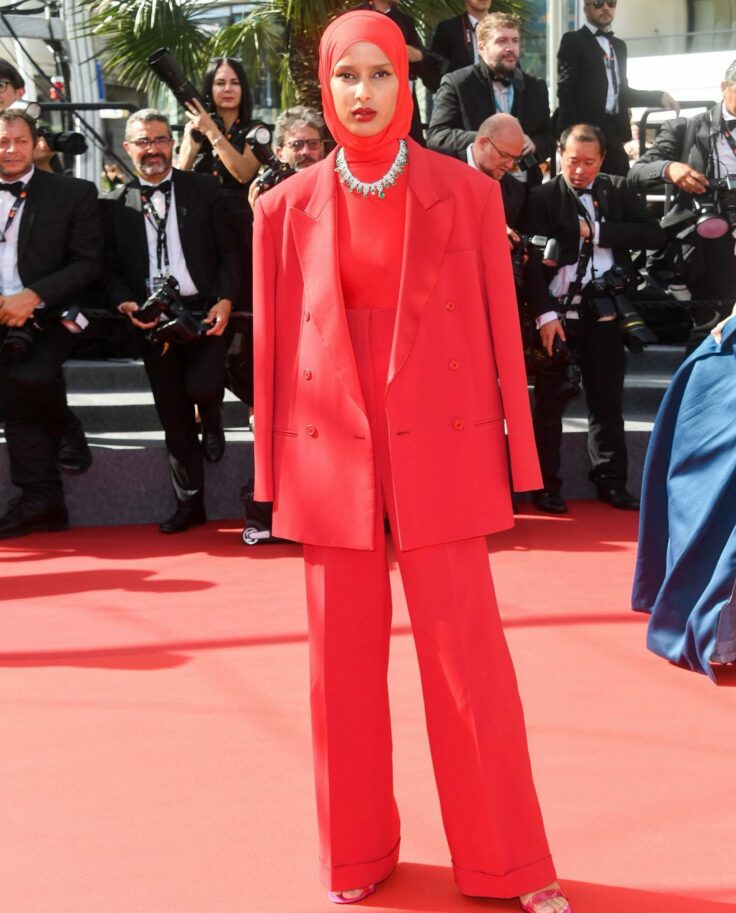 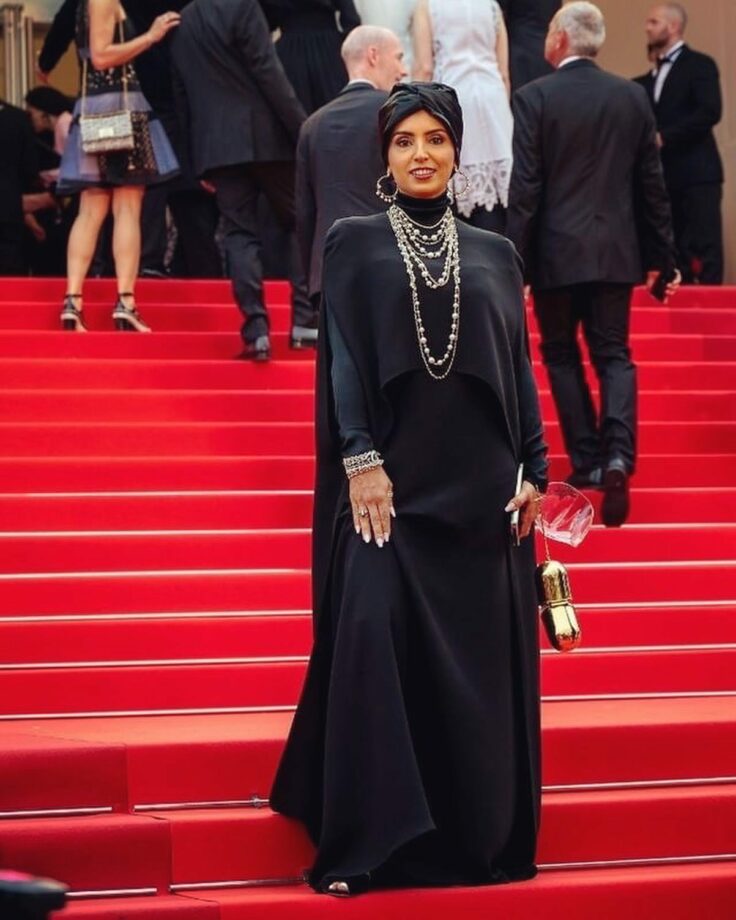 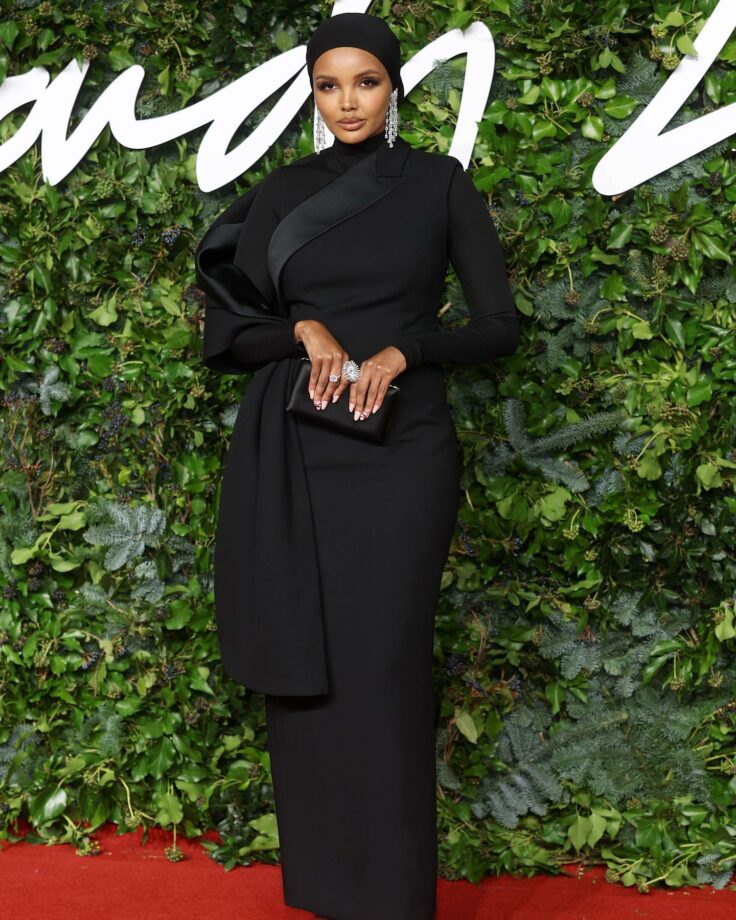 Yuna at the 2019 People’s Choice Awards 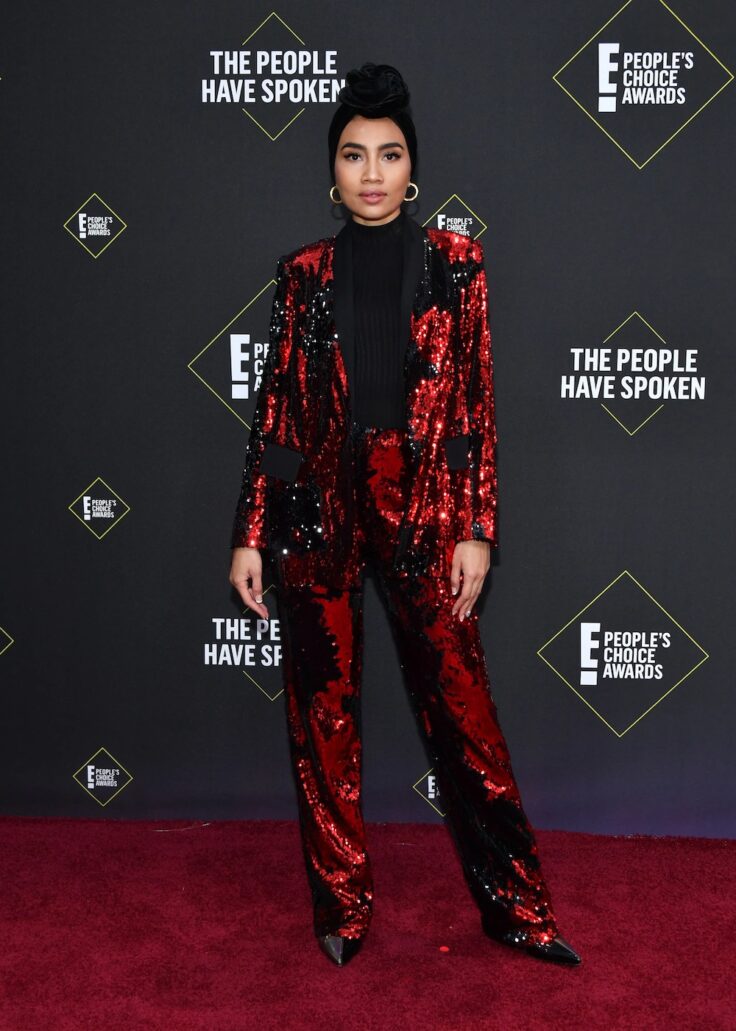