Palestinian, East-Jerusalem native Shukri Lawrence says he first encountered art whilst watching music videos as a child. As a teenager, Lawrence spent hours upon hours downloading music videos on QuickTime and watching them over and over again on his laptop.

“I’m influenced by artists that don’t give a fuck. I love M.I.A., Brooke Candy, Grimes; basically artists that don’t sell out”, says Lawrence, whose main creative objective (whether that’s clothing design or directing music videos) is to showcase the ‘real’ Middle East. 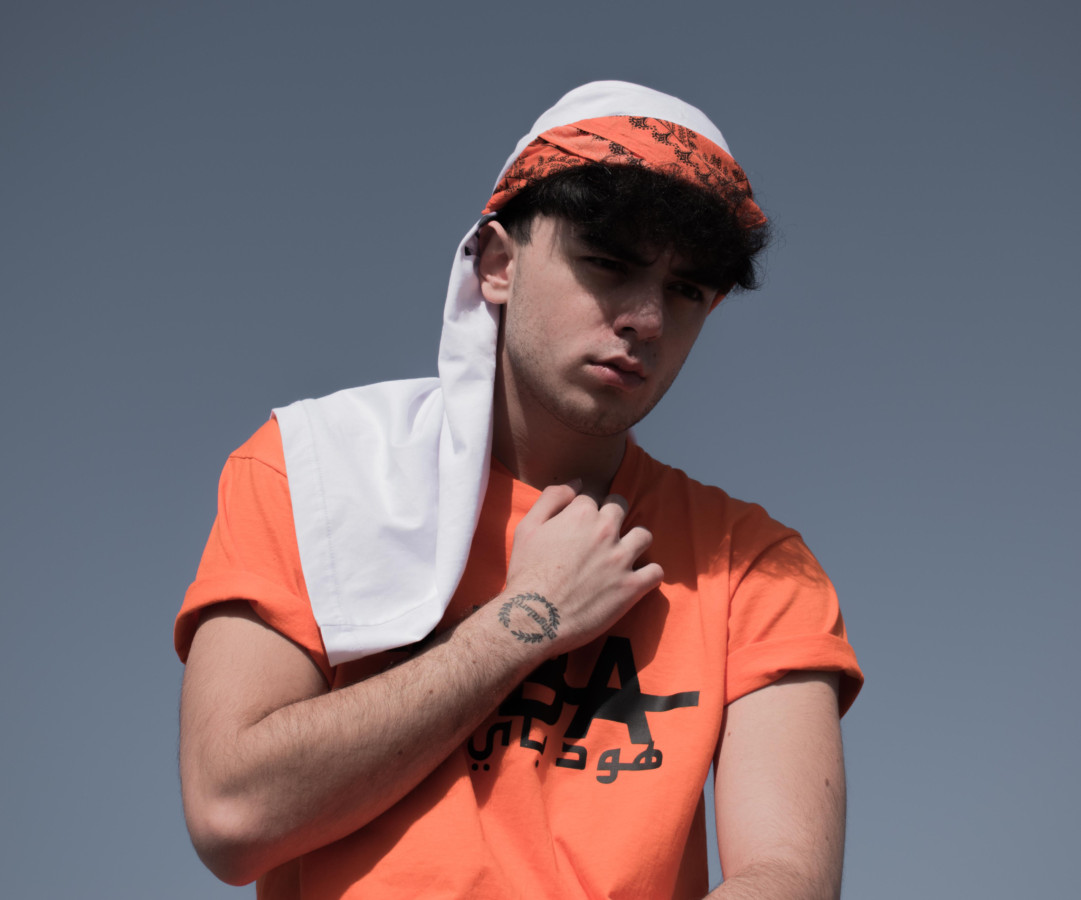 Lawrence’s streetwear brand tRASHY CLOTHING started out as an online art project, with no intention to open an e-commerce store. But as he started sharing photos of his designs people immediately wanted to buy them, driving Lawrence to change his strategy and launch the brand in July 2017 with a clear mission: “to bring Third World fashion to Instagram”.

And if you’re feeling uncomfortable about the divisive term “Third World fashion” – don’t worry, it’s intentionally triggering. Lawrence’s bold aim is to raise awareness about humanitarian issues by utilising fashion bloggers and moguls. “My strategy is a bit sneaky, as I want to use people’s superficial obsession with Instagram for a greater purpose. I want what privileged people consider ‘trashy’ to look ‘trendy’, but what matters is that I donate some of the profit made on each purchase to Syrian and Palestinian refugee camps in Jordan,” he says. 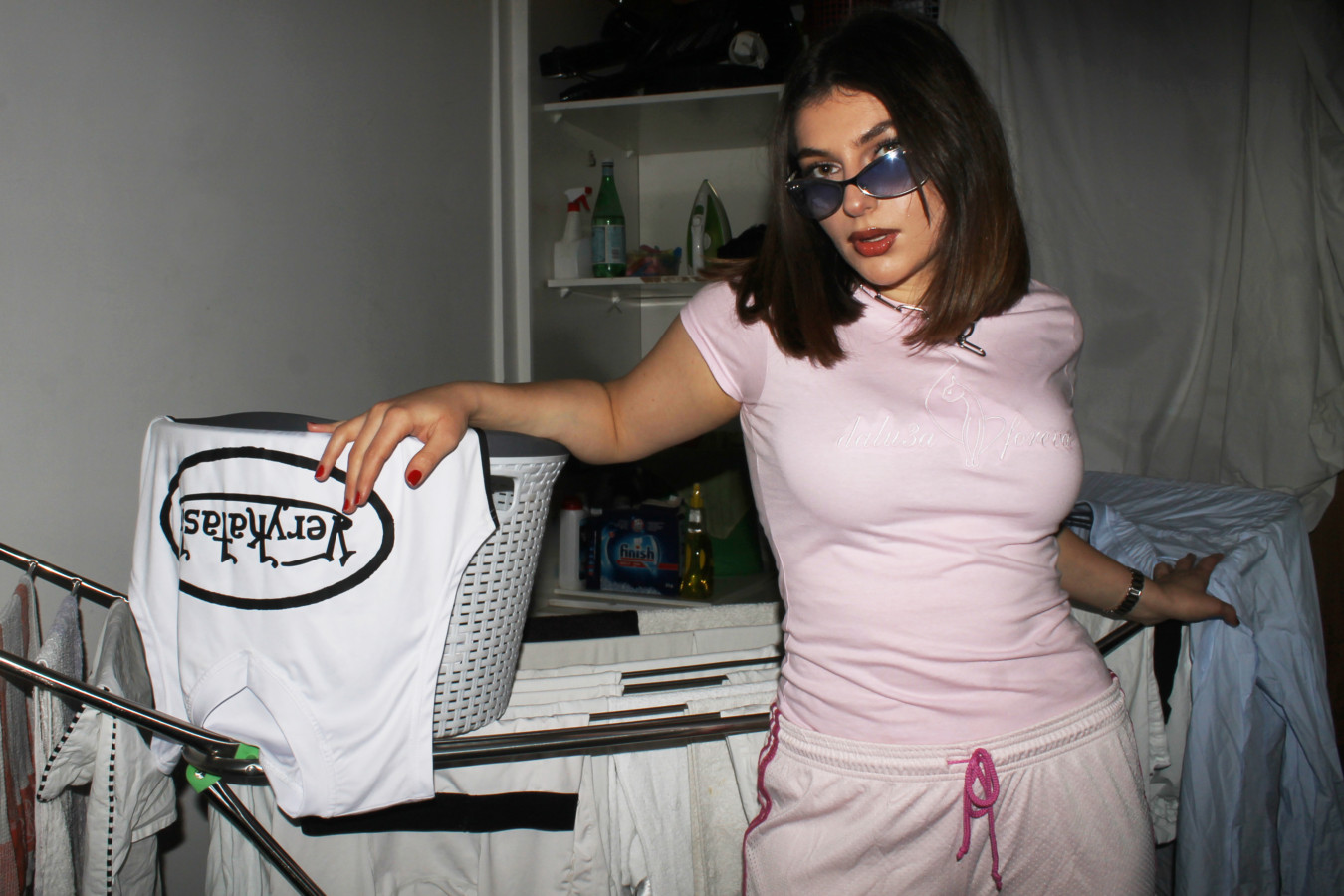 The latest ‘2000s’ collection takes its inspiration from the markets of the Old City of Jerusalem. “I grew up in the 2000s and I wanted to mix these influences from my childhood with references from the Old City markets. Going there you can find bootlegs of 2000s brands and basically some of the sickest fashion ever! Slowly, everyday people are starting to dress the same and I hate that. I feel like the 2000s were so colourful, special and different and I want to bring that back”.

Lawrence initially started the label on his own, but as of this year his closest friends Reem Kawasmi and Luai Al-Shuabi have joined the tRASHY team and are helping him build the brand.

However embryonic, Shukri and his friends are the precursors of a new, previously unseen movement. “There’s many creative artists and hidden talent in Jerusalem, but no recognition”, he says before adding that creating a platform where he can unite local artists is his bigger goal. 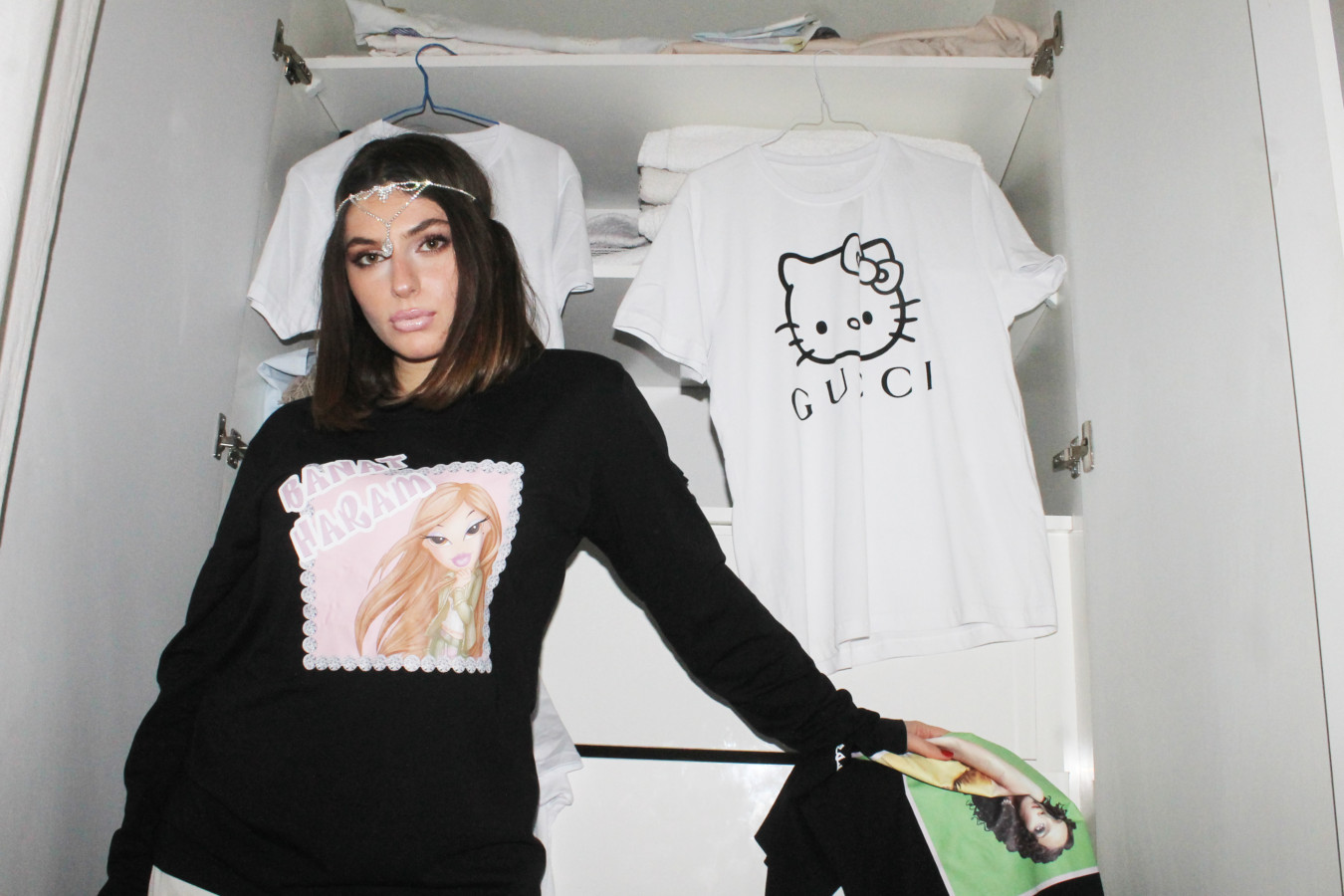 Having recently collaborated with i-D magazine on Peace Week (whereby Lawrence and his friends tookover the zeitgeist youth culture title for the week) it marked the beginning of a new era for him and his plethora of artist friends to showcase their work. “I’m so thankful for @vlowers and @dyevintage because they helped keeping @wifirider (Lawrence’s Instagram persona) alive by organizing shoots so regularly. We inspire each other and I think every artist needs to belong to a community like that in order to survive”, he says.

When speaking to Lawrence, it’s clear his goal isn’t just posting pictures of himself and collecting Instagram followers – or even gaining credibility on the streetwear scene. As an openly queer Palestinian fighting humanitarian causes and using his social following as a tool is a militant act in itself. Fighting against stigmatization of anything Arab is the real mission. “Being a proud Arab and Palestinian is such a statement that it can scare people away sometimes. I want to normalize being Arab by speaking about us as much as I can”.