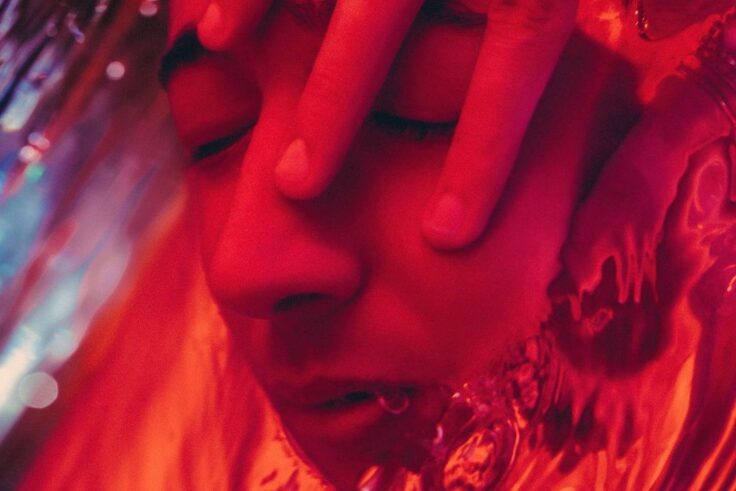 Building on the success of his latest chart-topping releases, Tunisian-Italian rapper Ghali is adamantly past just being a fan-favorite and now an actually recognised icon in both of his native lands. Last Friday, the successful singer released Sensazione Ultra, his third studio-recorded project which incorporates strong influences from the two Mediterranean countries the 29-year-old can call home. Two years after his 2020 album ‘DNA’ dropped, the Milan-born’s newest brainchild, is finally ready and waiting for you in stores and on streaming platforms right now.

It was not uncommon to see Ghali tap into his Middle Eastern roots in his previous tapes. However, it seems as if these same roots have now sprung and been explored more in-depth, through the artist’s last magnum opus. The album probes the question of identity through every nook and cranny. From producers, to collaborating artists invited and lyrical content, the almost entirety of the project is built, from and with, first-hand experiences of young adults navigating the many nuances of belonging and assimilation.

had anyone listened to ghali’s new album?? cause BAYNA is the best song on that album by FARRRRRRR

this is gonna get incredibly aired but oh well 🥲

if you haven’t listened to i suggest you do!! it’s called Sensazione ultra

For instance, in tracks 10 and 11, respectively titled “Peter Parker” and “Drari”, Ghali shares precious minutes with Digital Astro and Baby Gang: two fellow Italian creatives from North African backgrounds. In ‘Walo’, a song inspired by the North African sounds used in Berber ceremonies, we hear a looping chorus, which translates to “we did nothing”, being belted out which nods to Ghali’s own experience of being stopped at customs without a valid reason.

Taking us on a real journey through several blended genres that stretch from rap to pop to EDM and drill, Ghali’s latest musical statement is one to carefully listen to and reflect on from beats to lyrics. Amassing attraction from all over the world, all while putting the spotlight on the region, given the reception received so far, the future can only be bright for the rising Italian-Tunisian star.