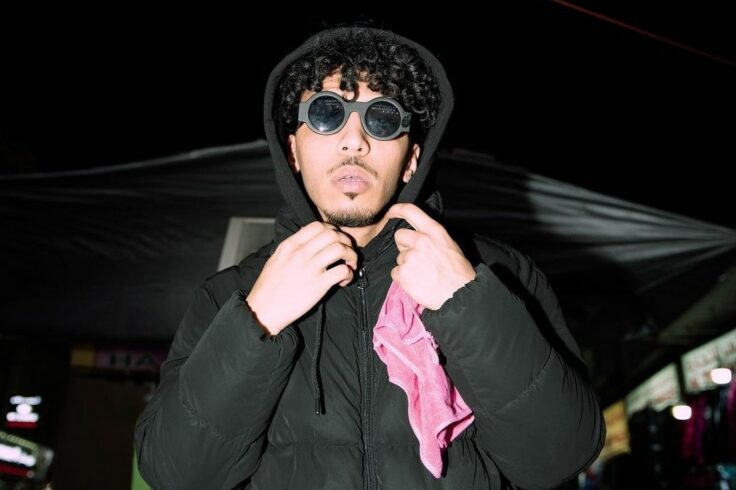 5 UAE-Based Rappers You Should Keep An Eye On

Are you able to handle the Emirate’s heat ?

Not to start another Arab music war (as if that isn’t twitter’s raison d’être) but the United Arab Emirate’s rap scene has been flying (very) high and even reaching Burj Khalifa heights – we’re not shy to say it.

As much as it is true that the young country is not stealing anyone’s else’s thunder, the blossoming scene is giving reason to most of its regional neighbours to envy the Emirates current creative flow and musical genius.

In an era where it would be easy to assume that the music on most streaming platforms is all there is out there, the reality is still quite different. As much as Spotify &co do compile and provide us listeners with a good sample of each country’s inherent music taste as well as their main artists, it is still not an accurate picture of what local scenes actually have to offer.

As the hip-hop movement in the Arab World is still in its early stages and too often forgotten, we gathered for this reason 5 of the UAE’s hottest rappers right now to prove that the Khaleej is not all only about oil, big cars and big bucks.

The UAE-based Somali rapper is taking trap to new levels by spitting bars in Arabic over the sub-genres usual hard drum and eclectic beats. Made popular by the notorious wave of rappers that embraced Atlanta in the last few years,  Mustafa Ismail, aka Freek, is showcasing the Arab World’s influence onto the culture while adding new flavours through his flair to movement.

Quite sulphurous and controversial to say the least, the young singer’s presence online is far from going unnoticed. Navigating between his different socials, the numbers mirrored by his different accounts can definitely be considered as jaw-dropping. Very active, his latest track shows another side to the Emirate-based artist. Exploring his past relationships and flaws on a laid back beat, his mellow vocals prove that he can clearly carry a tune while staying in sync with the country’s vibrant scene.

Featured on Charlie Sloth’s Fire in the Booth when relocated to Dubai earlier this year, TAC is known for his expressive and powerful lyrics framing his feelings, emotions and experiences alongside (usually) gentle old-school beats. If there’s one lyricist to make sure to follow, it’s definitely him.

Born and raised in Dubai, Menon’s multi-cultural background is what fuels most of his artistic endeavours and most certainly his songs and lyrics too. Bringing the struggles of adapting and growing in a country that might sometimes be hard to call home to the forefront of the table, Menon’s versatile influences are bringing the industry to its knees with an infectiously cool attitude.

Algerian by blood and Emirati by his upbringing the young MC has shown that language barriers mean nothing to him. Able to rap in North African dialect (Darija) as much as in more classical Arabic, the young musical vanguard has been taking the scene by storm with his unique sense of style and melting-pot of influences. Unmissable and hard to not remember, Santo’s kooky vibe is surely one that you won’t want to miss.