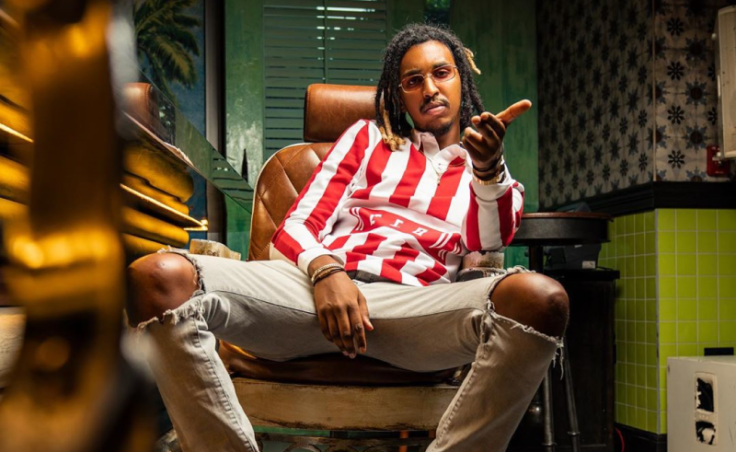 From Saudi Arabia to Egypt – these are the names to watch

If you’re into hip-hop and live in the region, it’s likely that you will have heard of Hassane Dennaoui, better known as Big Hass. The 39-year-old radio host is best-known for shining a light on emerging Arab rappers for over a decade now.

The Jeddah native, now based in Dubai, first launched his blog Re-Volt dedicated to celebrating and empowering Arab hip-hop.

He quickly moved on to host Saudi’s first and only FM radio show ‘Laish Hip-hop’ (‘why hip-hop; in English) and has been hosting Sharjah’s first and only English show called ‘Yalla Home’ on Pulse 95 for more than a year now.

A true hip-hop head, Big Hass is constantly finding new, underground rappers. And as the younger generations have grown up connected to the globalised world, an exciting diverse scene has been flourishing across the region.

They might be inspired by what’s happening abroad, but most of them rap in Arabic and have created a unique, hybrid sound that doesn’t seek to imitate American music.

We asked Big Hass to round up 12 under-the-radar Arab rappers you might have missed, but should definitely be listening to.

He’s a Saudi rapper based out of Jeddah, and one of my favourite artists coming out of Saudi Arabia. He’s someone that uses “new school” beats but also combines lyrical power to it. There’s a stigma that new school doesn’t focus on the lyrics but MT9 is tackling that point in my opinion. His flow and delivery are always on point.

He’s a Palestinian rapper based mainly in Doha. He started rapping seriously just under two years ago. He has a very unique sound. He uses the term “from space to Earth” simply because he thinks of space as a place that doesn’t really define a certain nationality. I love the fact that he’s been collaborating with the likes of The Synaptik and making a name for himself in the Levant countries. Expect big things from him in the next two years.

He’s a Sudanese rapper based in the UK. Raps mainly in English (but he also does in Arabic at times too). His flow and punchlines are something to be reckoned with. He recently signed with new Small Axe Inc. The Circle; a Sudan-based label that includes many talented amazing Sudanese MC’s.

He’s an Egypt-based rapper. He’s old school and has been rapping for quite some time actually. I still think he’s underrated. What I personally like about him is that he stuck to the “Boom Bap” style despite it being sometimes overlooked, especially in these days of “New School” dominance. The word play is always on point and he loves to use Arab samples in his songs.

He’s a Lebanese rapper. His rap is complicated for so many, yet relatable to so many. I believe many people don’t dive into El Rass’ world because they are afraid of what he might make them feel. He’s mainly trying to provoke thoughts… and I think he’s doing a great job at it.

He’s a Palestinian rapper. He combines rapping with singing that hits the spine! He was able to build his own fan base by dropping lots of singles and an album. He has collaborated with many in the Arab region and I still think he has a long way to go.

Straight from Palestine, part of the indie label and collective BLTNM. What he’s trying to do is great, especially because he’s based in Palestine, to have the kind of music that he does out there showing the world that despite of the occupation, music sets you free in a way. His music is very relevant and lyrically he’s always on point.

He’s a Syrian MC based in the Netherlands, who discusses many taboo social issues. He’s definitely one of the top three Arab rappers in my opinion. He has the content, he does get a great reaction from the crowd, however, I do believe he could be having way more success and should be pushed more towards the region.

Rapper from Saudi Arabia. 100 per ent underrated in my opinion. He’s doing great work, addressing very important issues that no other Saudi rapper is even discussing. He was able to get attention from an underground Saudi fan base, yet, in a way; he’s someone that I can see being in the top three Saudi Rappers over the next few years.

He’s based in the UAE and is originally Somalian. I call him the voice of the streets in the UAE. What makes Freek different from many others is his ability to be appreciated by Arabs and non-Arabs. He’s an entertainer on stage, and lyrically, he’s someone that will tell his truth and tell his story and that’s something to be respected.

Bella Koud is originally Tunisian, but based in Doha. In 2019, he released his successful trap album ‘The 8 Ways’.