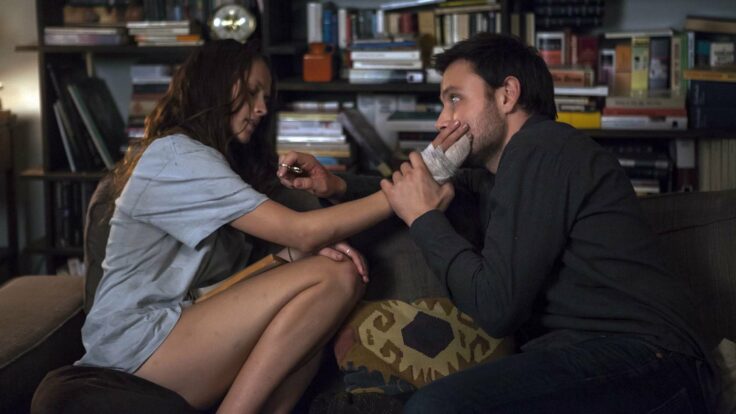 Stop scrolling, we got you

How many of us have felt like we’ve binged watched our way through the whole of Netflix’s catalogue? In recent years, the American streaming giant has managed to make a name for itself by producing some breathtaking original content and putting their hands on some staggering exclusive blockbusters for its users to endlessly enjoy whenever they want.

However, finding the right movie to Netflix and chill isn’t always as easy as it sounds. Having managed to carve a different way of biting into the silver screen industry, many masterpieces, well worth the watch, somehow sadly went under the radar.

For the occasion, we gathered 10 Netflix underrated movies, documentaries, and TV shows we watched and loved.

If there is one thing the French know how to do well, it’s comedies. Directed by none other than Olivier Nakache and Éric Toledano, two of France’s most renowned filmmakers and producers, what went on to become the country’s second biggest box office hit is one that immediately knows how to lift your mood up. Following an unusual friendship between Philippe, played by François Cluzet, a wealthy man who suffers from quadriplegia, and Driss, played by Omar Sy, an entertaining ex-con, the feature earned over a dozen of accolades and international awards picturing a sensitive way of touching up chronicle illnesses and lifestyle divides. Definitely one of the best (and unheard of) movies on Netflix.

One sleeper movie on netflix that’s worth the mention is 6 Balloons. Dave Franco and Tim Matheson teamed up in a heartfelt feature centered around a young woman (Abi Jacobson) who attempts to save her brother from a crippling heroin addiction while taking care of her newborn daughter. Casting light on how ominous an obsessive use of substance may be on one’s life, the sometimes disturbing yet poignant film is one that will make you ponder over the real worth of life between its startling beauty and appealing threats.

The short sitcom follows Joseph, a failed entrepreneur, through his delusional master plan of transforming his family’s butcher shop into a weed café. Witty and original, this Netflix hidden gem is an easy watch that will make you laugh out loud through most of the main characters’ failures and foolish ideas, and maybe, rethink your whole career plan while you’re at it.

If Sweden managed to give its capital a syndrome of its own, Cate Shortland is trying to grant Germany with an eponymous one too. This underrated Netflix movie bases itself off a novel that carries the same name. Picture this. A young Australian photographer travels to Germany where cross paths with an English teacher with whom she falls in love with. After a passionate night, she is now held hostage by one night partner. An hour and half of thrill-drenched sensations guaranteed.

Incredibly human, raw and real, the Florida project tells the story that many know too well. Named after what was supposed to be Disney world’s initial label, the plot follows a mischievous 6-year-old living with her unemployed mother in a motel in the Sunshine state. As they struggle to make ends meet, the movie is a coming-of-age feature that hits your soft spot and that can pull a tear even from the toughest of viewers. A must-watch in our books, among an infinity of hidden shows on Netflix.

This documentary explores the murder of Meredith Kercher in Italy, and the investigation that followed. American student Amanda Knox and her Italian boyfriend Rafaele Sollecito were convicted (and acquitted) twice for the murder. In this fascinating documentary, she tells her side of the story.

“Daddy, how come I don’t have good hair?”. It was the question Lola asked that sparked this documentary by Chris Rock, that hits very close to home for some Arabs. The documentary explores the prejudice of the notion of “good hair” and how it affects Black women. It features interviews with Maya Angelou, Kerry Washington and Raven-Symoné.

There are so many great underrated shows on Netflix, that we could easily lose count. Lovesick is one of them. The show revolves around the romantic lives of a group of English friends sharing a house. Centered around main character Dylan, the series explores his past love interests and those of his best friends Evie and Luke as they navigate life, heartbreaks, and secret friend crushes. Funny and witty it is made for you to swoon and laugh.

No good list would be complete without a good coming of age romance. We particularly like this underrated one for the quality of the scenario. The series features cynical Dash and optimistic Lily as they pass a notebook back and forth at secret locations around New York City. What will happen when they finally meet?

Explore the unmitigated disaster that was the Fyre Festival. The best part is that the whole mess was captured on social media. All the top influencers including Hailey Bieber, and Emily Ratajkowski promoted what promised to be a mix between Coachella and a luxury trip in the Bahamas, yet none of what was scheduled happened. Watch the festival co-signed by JaRule go from social media heaven to financial hell.