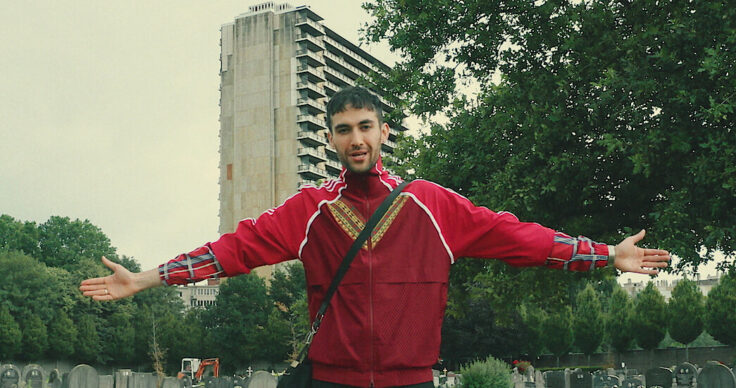 9 Underrated Releases to Binge on Netflix

We got you covered

Is life really complete without a couple of series to binge-watch throughout the month? Be it your classic musalsals, Netflix shows, or films, let’s face it, they’re a must.

With so many releases making their way to our screens week in and out, it can be quite difficult to keep up with the pace. And scrolling through Netflix’s catalogue can feel almost impossible to do.

We’ve picked 6 shows for you to keep you distracted and blissfully procrastinating.

It’s an age-old debate for those that had to immigrate abroad: when your soul leaves your body, where would you like your corpse to rest in peace? The question only has two issues but can give birth to some serious quarrels. Do you want to be buried in your native or adoptive home? It can be hard to decide, but thanks to Ismael’s genius idea, what if you were able to do both? To revamp his family business, our young entrepreneur sets up a tricky plan of importing soil from Morocco to bury his community’s deceased living in Belgium.

After 3 successful seasons, the iconic British television series is finally back after three long years. Co-produced by Drake since the plot got picked back up in 2019, Top Boy’s fourth chapter is out live and it’s bigger and better than any of us could’ve really expected. Dushane, one of the main characters of the show, is looking to expand his empire even further as he starts preparing for the next steps in his life. More exchange leads to more money and as people like to say, more money comes with more problems. Between family issues, supply difficulties and the never-ending threats related to substance use and sale, life doesn’t get any easier for any of our compelling East Londoners..

Is there really any better time than now to start getting interested in food? In sync with Ramadan, Bad Vegan is a four-part documentary that investigates the life of Sarma Melngailis, a celebrity restaurateur behind one of New York’s most avant-garde hotspots, as she falls in love and sees her life flipped upside down. From fame and millions of dollars to criminal fraud and becoming fugitives, Bad Vegan takes behind the scenes a scandalous story that still raises eyebrows to this day.

The Shadow in My Eye

Based on a true story, the hour and a half features follows the fates of several Copenhagen residents following a WWII bombing mission that accidentally targets a school full of children. Only recently made available on Netflix recently, 7.3/10 rated film is one to keep an eye out for if you happen to be an amateur of history and usually forgotten facts from the Great Wars.

This docu-series follows one of Brazil’s biggest money heists in its history. The plot, based on a true story too, takes us back to the early noughties, in 2005 to be precise, as a group of dedicated thieves dig a tunnel into a bank vault and steal over 160 million Reais ($35M). If you’re a fan of the Spanish-based Money heist, this one will get you just as hooked.

We can all do with some reality TV, no need to shy away from it. Easy to watch and get addicted to, this one is no exception to the rule. Young, Famous & African  is one season-long production that follows Johannesburg’s young and rich elite through their daily routines, habits and leisures as well as their ups and downs.

You are, unless you’ve been living in a cave, probably aware of Peaky Blinders. You may be asking ‘but why are we recommending to watch a series thats over 4 years old?’, the answer to that question is because it slaps harder than Will Smith at the Oscars. There’s something endearing about watching thick accented white people fight and maim their way through early 1900s England. If you’ve not given this season time, check out the new season – now!

Everyones favourite Indian matchmaker Sima Taparia has made a return for a second season of what is quite possibly the best match making show we’ve seen in a while (Sorry Love Island). Using traditional methods and her years of experience, Sima strives to help even the singlest of people find love, and it’s probably the most wholesome and entertaining thing you’re going to watch this summer.

We cannot express enough how good this show is. Sure, it’s been years of anticipation, but finally the wait is over. If you’re not familiar with the title The Sandman is one of DC Comics’ darker tales, penned by no other than legendary fantasy and sci-fi writer Neil Gaiman. The original graphic novel series boasts 75 issues, all darker and more interesting than the last. Or if reading isn’t your thing, you could just watch the series…