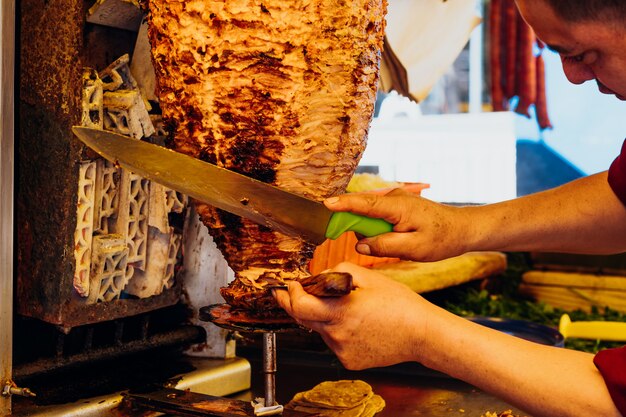 If you’ve ever paid attention to your history lessons, you’ll know that the Middle East is home to some of the world’s first civilisations. That also goes for a handful of culinary basics most of the world can’t go a day without. Bread and olive oil are some of the prime examples of this. The Arab world’s influence went far beyond, all the way to Latin America. As it turns out, the region played a major role in the creation of the taco. More specifically, the Mexican ‘Al pastor’ taco.

Aficionados of South American street food will be able to testify on how succulent ‘al pastor’ style tacos are. The dish is made of tiny shards of marinated pork meat laid over grilled flatbread. And its history began in the 1930s.

In a post-Ottoman world, Lebanese waves of immigration headed towards Latin America to flee the empire’s political and economic instability. These were, of course, the ancestors of the likes of Salma Hayek, Shakira.

As the years went on, the early Lebanese diaspora living in Puebla State were looking to bring one of their favourite snacks over to the Americas. Naturally, they found a way. Thus, not only did shawarma sail smoothly across the Atlantic, but it took on a couple of extra features. Enter: the ‘Al pastor’ taco.

Al Pastor translates to “shepherd style” which refers to the lamb meat originally seen used in the first iterations of shwarama. Pork eventually took over and the dish is now served with coriander and onion and often, a slice of pineapple on top. Both Antigua Taquera La Oriental and Tacos Arabes Bagdad, two restaurants founded in 1933, claim to be the first practitioners of this dish in Mexico. 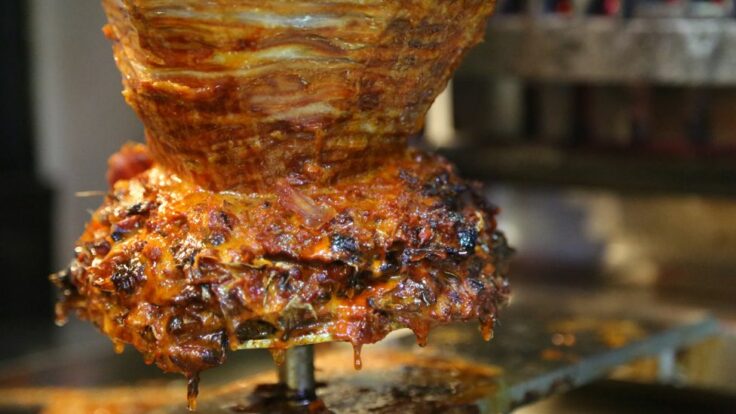 Although some ingredients and components differ, the Lebanese style of cooking remained and lived on through time. The meat is almost identically stacked on a vertical roast spit that turns, the corn tortilla nods back to the OG pita bread and both require a big sharp knife to slice through the grilled brooch.

Alejandro Escalante, the author of TACOPEDIA, an encyclopedia on tacos, explained in an interview that: “[First generation immigrants] were trying to do shawarma with lamb but here in Mexico we don’t eat that meat […] so they tried it with beef and it didn’t work out. Finally, pork got on this vertical grill and it turned out to be great.” he explained.

To this day, Al Pastor is also known as Tacos Arabe which, as you’ve probably gathered, means Arab Tacos. And whilst the dish is undoubtably mouthwatering, the real flavour of this snack comes from its history.