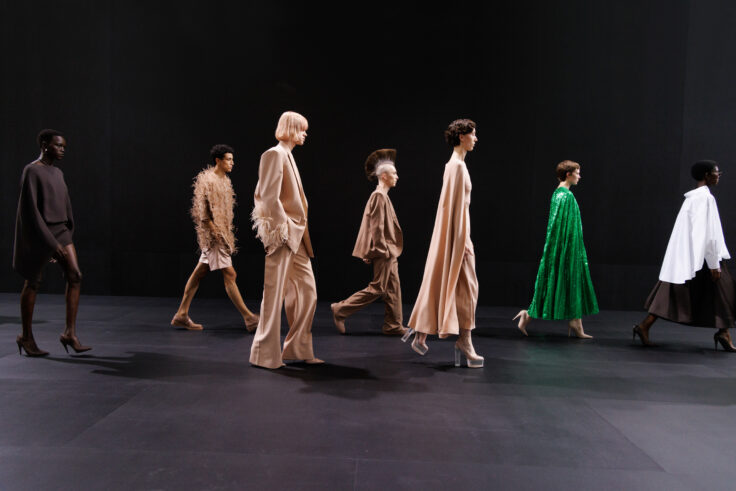 Maximalist minimalism, if you will.

There was no trace of pink on the runway at the Valentino Spring 2023 ready-to-wear show. Though, the front row at the Carreau du Temple in Paris was an entirely different story, with the brand’s loyal A-list clients, including Erykah Badu, Madelaine Petsch, and Yasmine Sabri, showing up wearing head-to-toe fuchsia.

The luxury maison’s signature hot pink hue that made up all 48-looks in the brand’s last collection was instead traded in for a neutral color palette of beige, brown, cream, champagne, and stone, with punctuating pops of red, blue, green, and yellow.

If last season, Pierpaolo Picciolo was telling us to think pink, this season it’s all about thinking outside of the box. Themed “Unboxing Valentino,” the collection “is an intentional removal of what exceeds,” shared the Maison. “The creative process keeps track of what was taken away; it’s subtraction, not absence,” continued the Creative Director. To wit: Valentino is entering its minimal era.

But not in the traditional sense. The show opened with a graphic caped dress in beige that was emblazoned all over with the house’s V logo, a motif that was sprinkled throughout the entire collection, including body suits, gowns, trousers, and even painted across model’s faces.

In fact, the 91-strong offering was overflowing with sequined gowns, marabou feather-trimmed coats, sparkling suits, and dazzling dresses that were anything but basic. The high-impact pieces were offset by clean cuts and structured silhouettes, proving that you don’t need to strip away the glamor in order to be minimal. It was maximalist minimalism, if you will. The collection was trying to be two things at once, and in that, it succeeded. 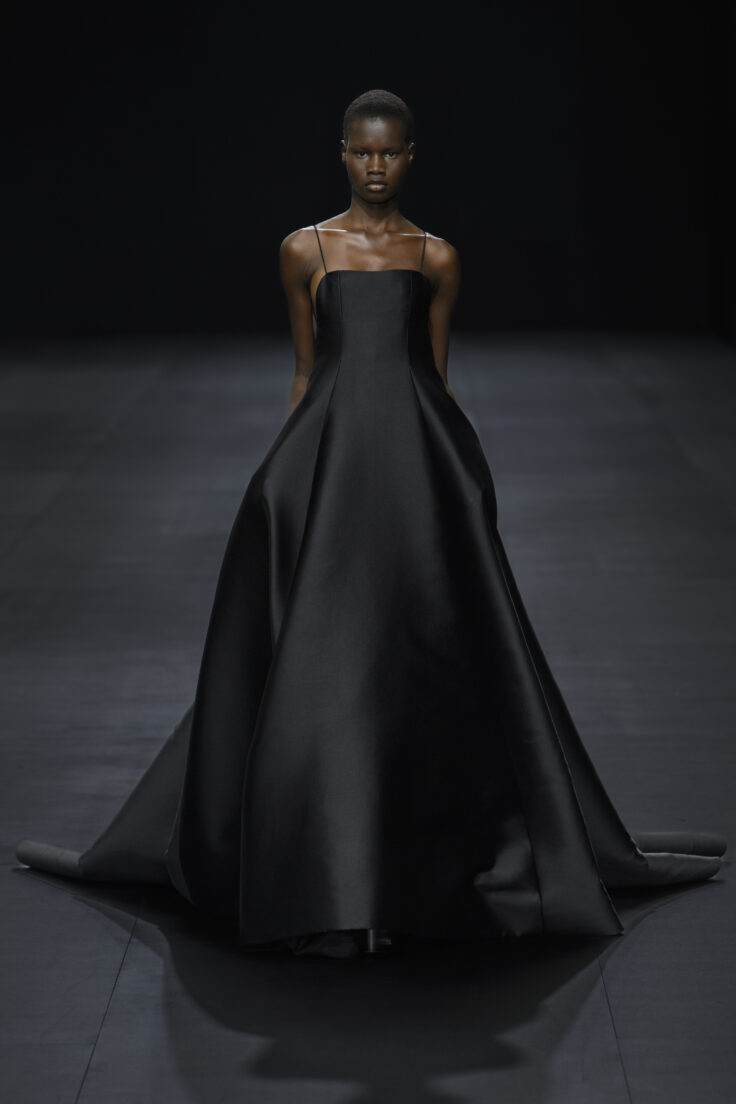 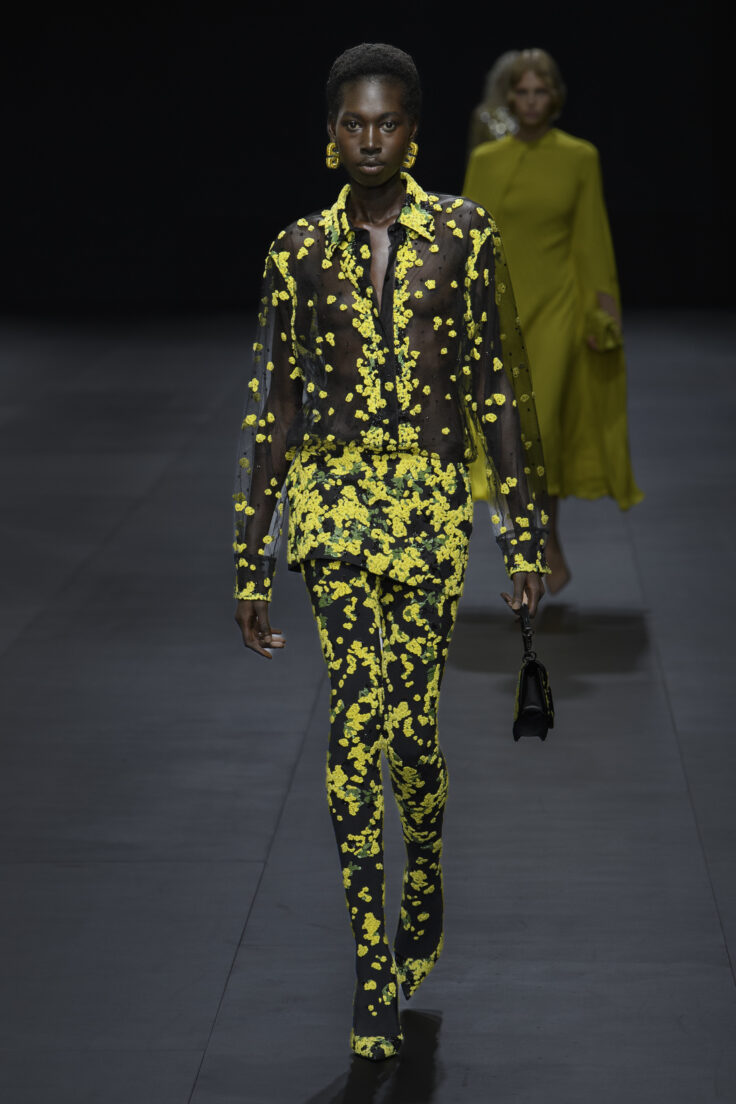 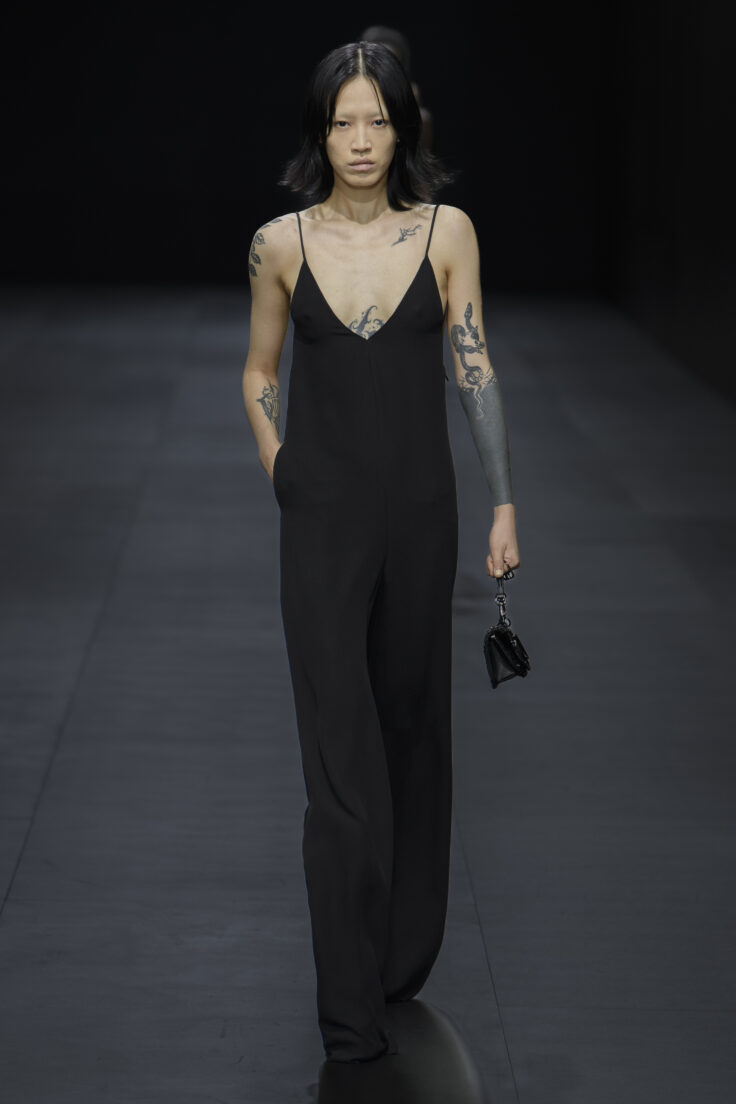 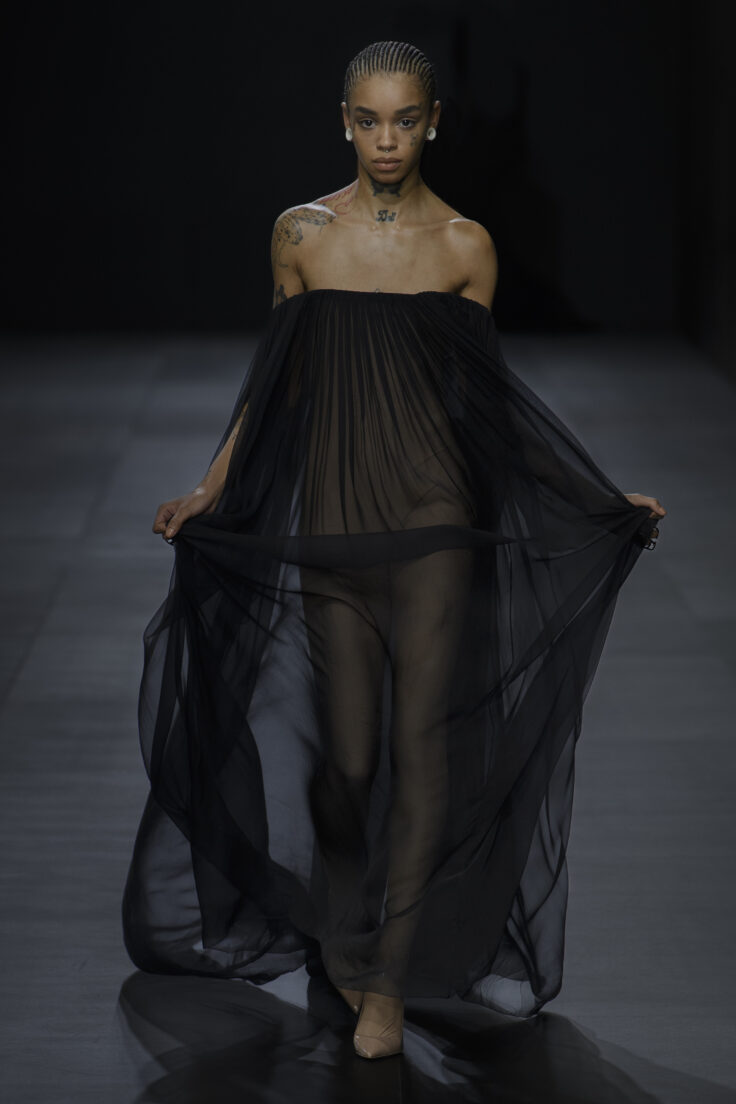 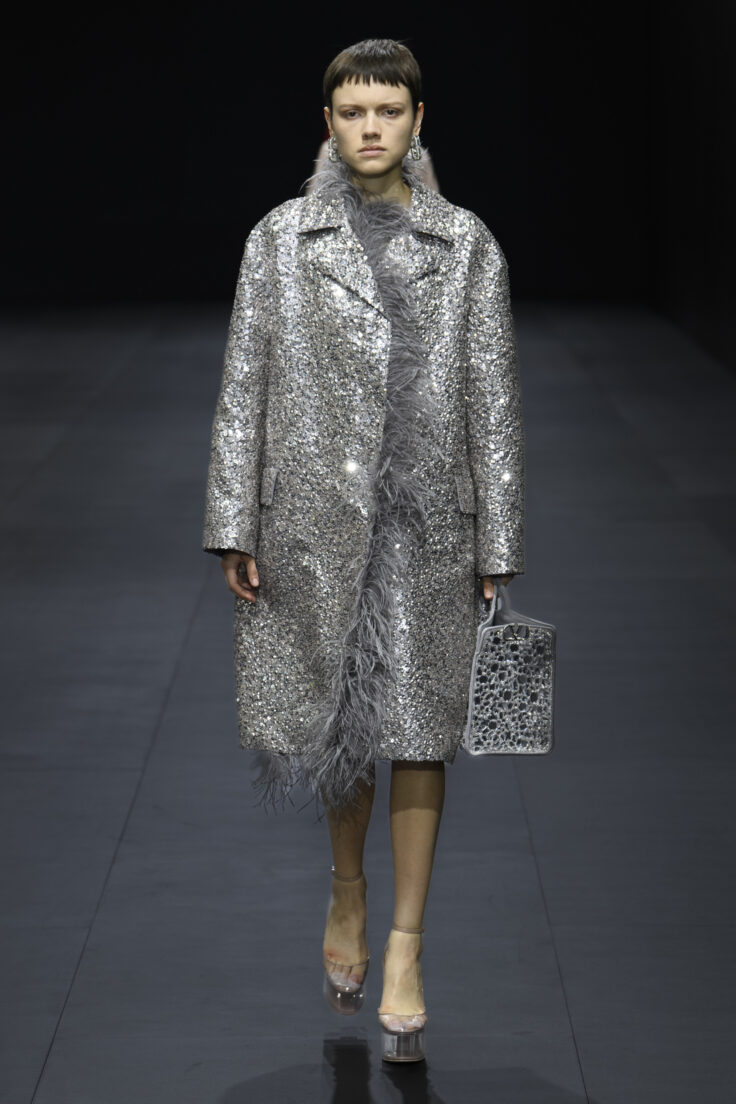 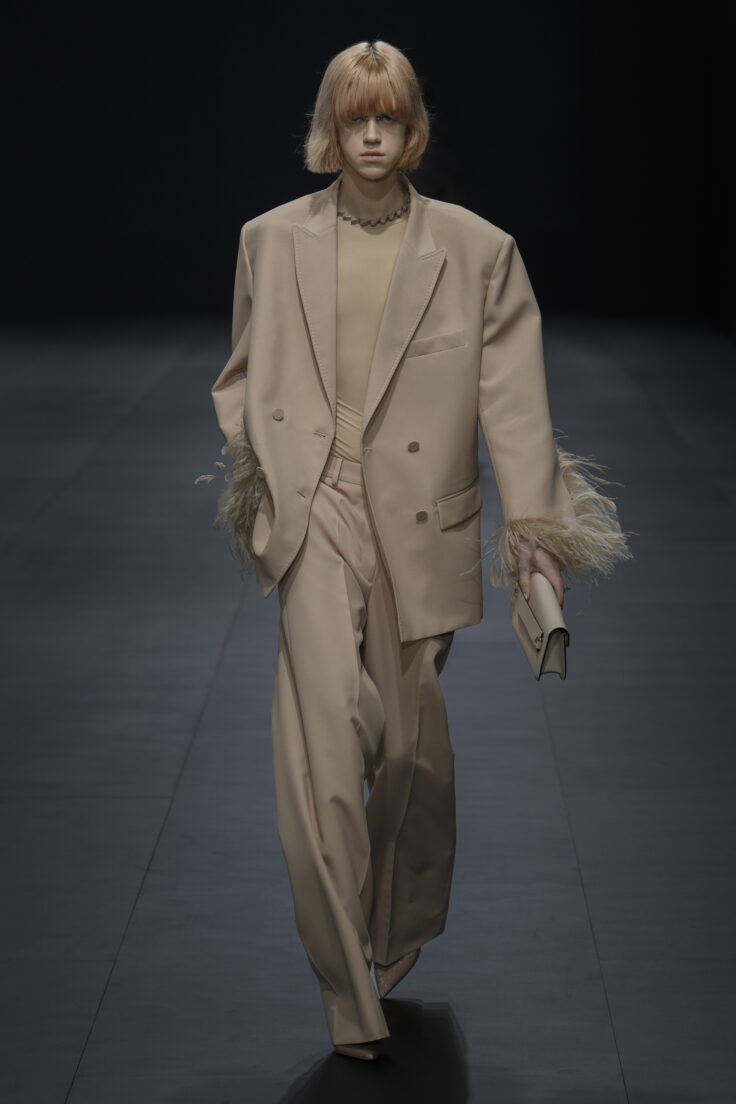 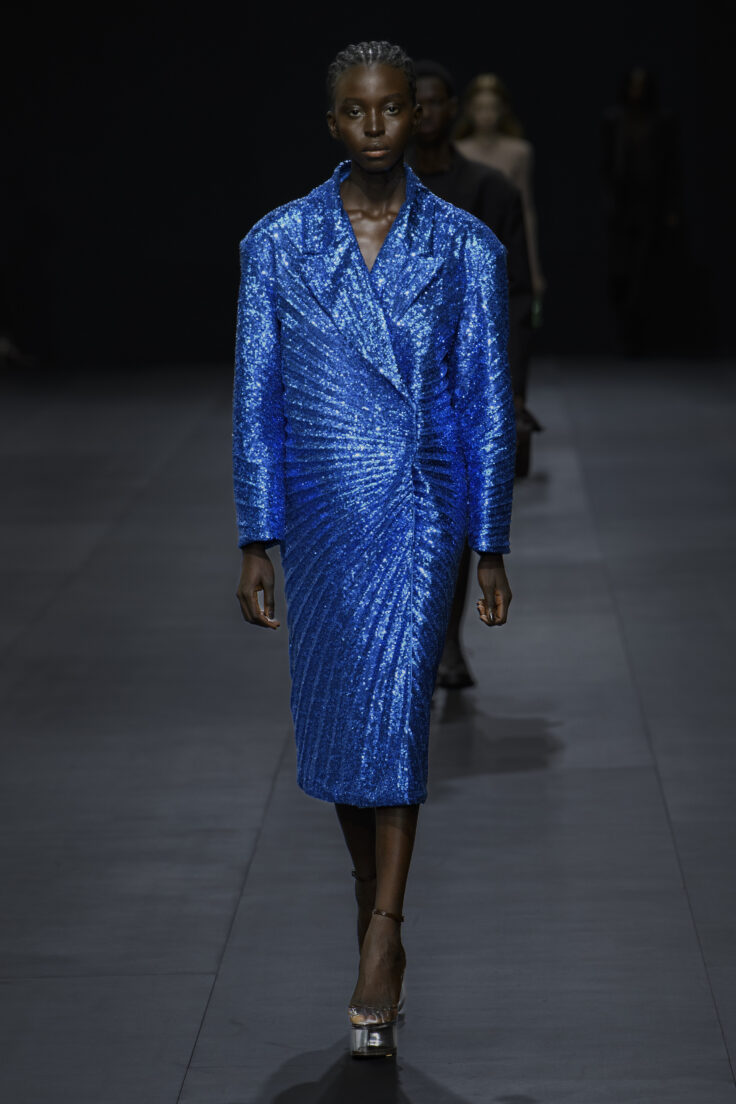 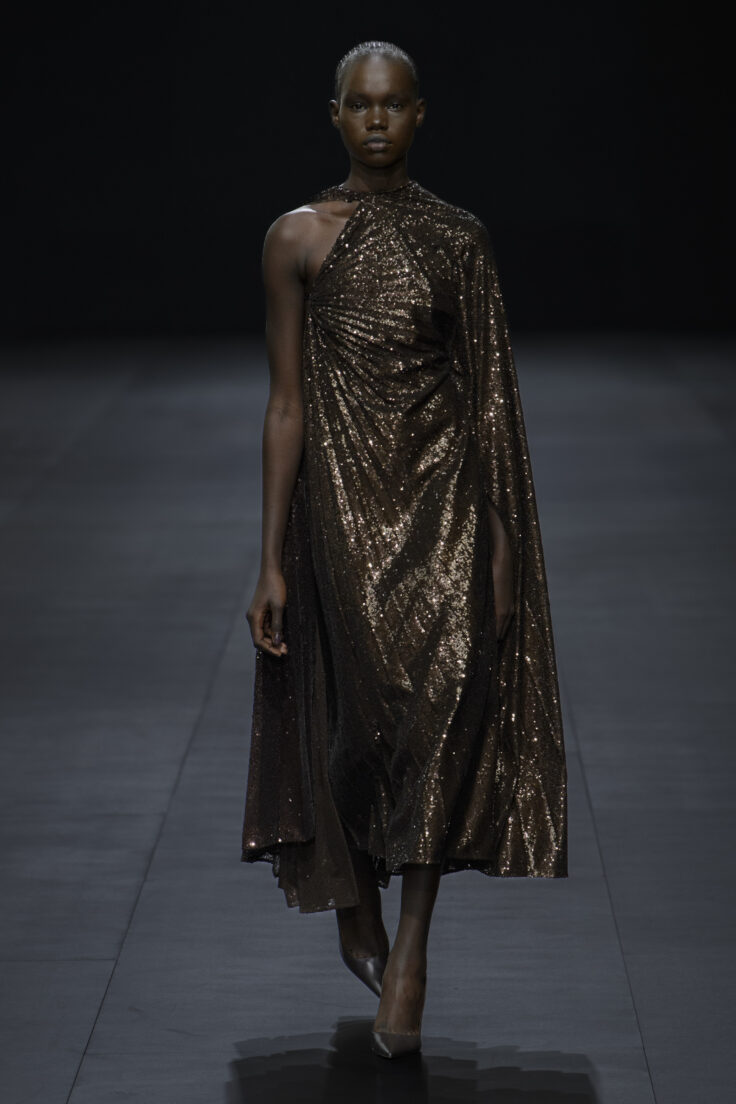 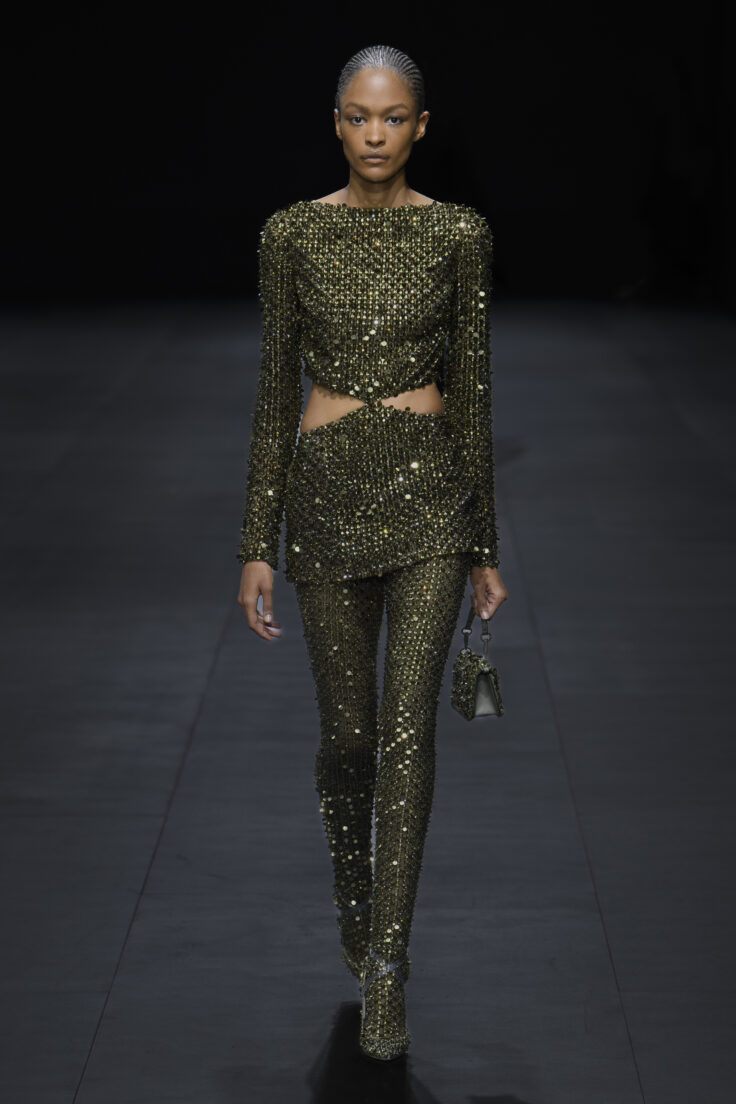