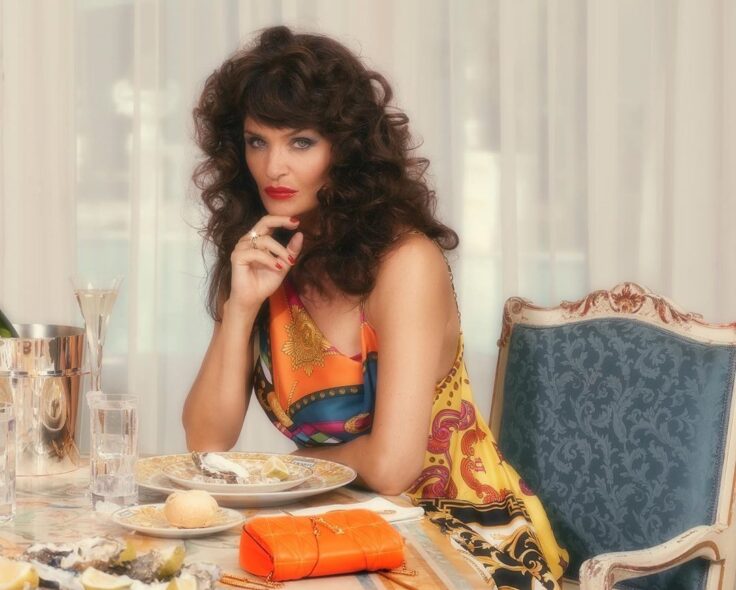 Versace Made a Soap Opera – And It’s Perfect

Whether we want to admit it or not, we’ve all got a soft spot for the cringiest of soap operas. But gone are the days when Rosalinda or Maria Clara were the highlight of our days. Netflix now rules the TV game, but Versace (yes, Versace) is bringing the art of the soap opera back to the forefront with their latest holiday campaign.

Complete with hair as high as the ceiling, blue eyeshadow paired with pink lipstick and the most decadent of Versace gowns, the Italian fashion house has forayed into 80s soaps with a campaign that comes in the form of a mini-series, entitled the ‘Versace Holiday Saga’.

The fashion house tapped artist Sarah Baker to produce the series, which was made in partnership with UK-based magazine Baroness.

The six-part soap tells the story of Angelina (played by Baker), the CEO of Narcissist Records who was accused of mis-crediting a writer on her hit song called ‘Spritz Me With You Love’. The real writer happens to be one of Angelina’s former flings, but Angelina suspects her chief rival, The Baroness (played by British artist and model Helena Christensen) instead. The story doesn’t end there though.

Rather than the usual female rivalry, the ‘Versace Holiday Saga’ is actually about empowered womanhood, with the women ultimately working together to fight off blackmail and deceit.

But more than that, the series is literally filled to the brim with an insane amount of Versace. The series features the entirety of the Versace Cruise 2020 collection, from the evening dresses, the Chain Reaction sneakers, Virtus bags, and the set design is even doused in Versace’s home collection.