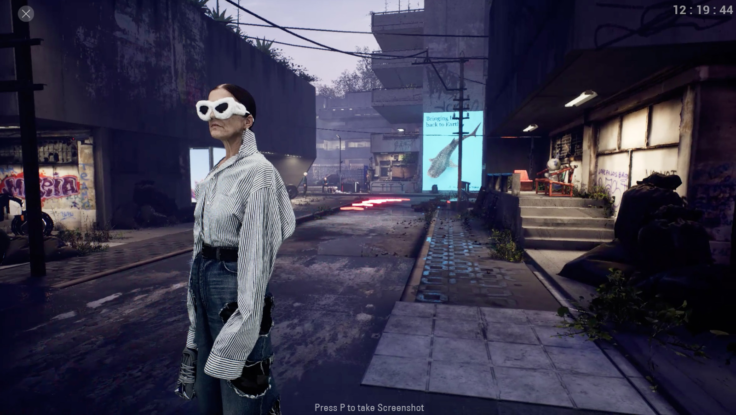 Is Virtual Reality the Future of the Fashion Industry?

Or is it all a marketing ploy?

But there’s no denying it: something remained missing. Is a fashion show really the same without a front row? The industry quickly adapted, of course. Thus, the rise of virtual influencers—fashion’s answer to inviting guests, without really having any.

They’ve been around for quite some time, though. Among the first was Lil Miquela, who first hopped on the scene in 2018. She has since scored product endorsements from brands like Calvin Klein and Prada, currently standing as  the highest paid virtual influencer, according to OnBuy (a UK-based online marketplace) charging $8,500 per sponsored post.

Here in the region, you’re probably familiar with Noonoouri. The big-eyed tiny brunette is said to be 19 years old with has over 370,000 IG followers. Like Lil Miquela, Noonnouri has worked with fashion industry giants. Think Dior, Valentino and Versace—to name just a few.

And their rise isn’t coincidental. As it turns out, virtual influencers are a lot more practical than their human counterparts.

“They are cheaper to work with than humans in the long term, are 100 percent controllable, can appear in many places at once, and most importantly, they never age or die.” Christopher Travers, founder of virtualhumans.org (a platform that documents the industry) told Bloomberg.

With COVID-19 in play, the virtual influencer market found the space to thrive even further. It’s simple: digital influencers can virtually appear wherever their sponsors wanted. More and more brands naturally adopted this novel marketing strategy, namely Balmain and Yoox, who have already created their own virtual influencers.

You can’t touch it, there’s no physical production nor deliveries. It’s sustainable and it’s fitted just for you. Take Tribute Brand as an example: a clothing label that doesn’t actually sell clothing. They merely develop virtual pieces. You add what you like to your cart, upload an image of yourself which the brand will use to digitally fit a clothing item on your frame.

The label is currently one of few, but it might just prove efficient in the era of internet personas. If it serves influencers to easily produce fashion content whilst being entirely sustainable, then it’s a fair bargain.

But our push towards virtual reality isn’t just about sustainability. It also has the ability to push our imagination beyond logic and reality. In a way, it’s a move towards fiction. And right now, we’re in desperate need for escapism.

That’s what Italian label GCDS perfected in their Spring 2021 collection presentation. Set in an otherworldly CGI universe, an animated Dua Lipa and Aweng Ade-Chuol sat in the front row while CGI models sported looks in vinyl, gingham, and patchwork.

There was Demna Gvasalia too, who presented his Balenciaga Autumn 2021 collection via a custom-made video game. Set in the year 2031, ‘Afterworld: The Age of Tomorrow’ took its players to a dystopian world that was accessed easily from the brand’s website. To make it happen, house-favourite models were scanned in a studio, and the collection was designed and fitted digitally.

But could this all just be a ploy to reach a younger audience? An endless list of luxury fashion brands have shown interest in video games in recent years. Case in Point: Animal Crossing. Valentino, Marc Jacobs, Mugler, Bottega Veneta, and Telfar. They’ve all released signature in-game looks.

Even beauty brands have found their way into the viral Nintendo Switch game. Glossier, MAC, Givenchy and Gucci Beauty have all catered to the avatars’ beauty needs. Givenchy treated players to exclusive makeup looks while Gucci created a ‘GG island’ boasting a laundromat, supermarket and hair salon, as well as brand ambassador Jared Leto greeting visitors as they land on the island.

Other video games have also been linked to fashion brands, namely the North Face x Gucci collab that included Pokemon Go avatars in the form of virtual t-shirts, hats, and backpacks.

It’s hard to say whether the industry’s embrace of everything virtual is a marketing strategy to reel in future Gen Z consumers, a push towards sustainability, or merely a form of adapting to the pandemic. But one thing for sure, it makes fashion’s future limitless.