Wekafore’s Latest Collection is an Unabashed Celebration of Africanism

Wekafore Jibril has never been shy about celebrating African culture. In fact, his unabashed embrace of his origins has always been the cornerstone of his eponymous label.

This month, the Nigerian-born designer released his latest collection, entitled Spirit 002. Naturally, this drop—like those that came before it—embodies his passion for his homeland and its wealth of culture. Beyond this, it is a clear indicator that he’s dug deeper into his identity. 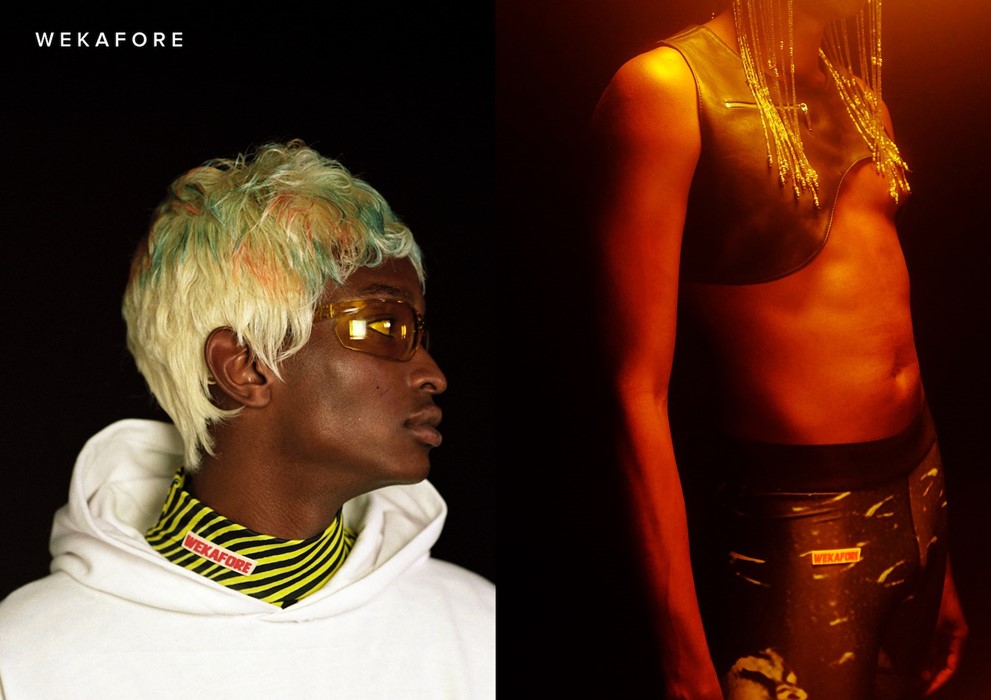 His previous collection, Thank You, Florence was a tribute to his grandmother, who was an avid fan of Nigeria’s little-known disco scene that thrived in the 1970s. Now, a year later, it seems Jibril’s interests have widened beyond his family, with the new drop exploring (and reclaiming) the concepts of primitivity and spirituality through an African lens. 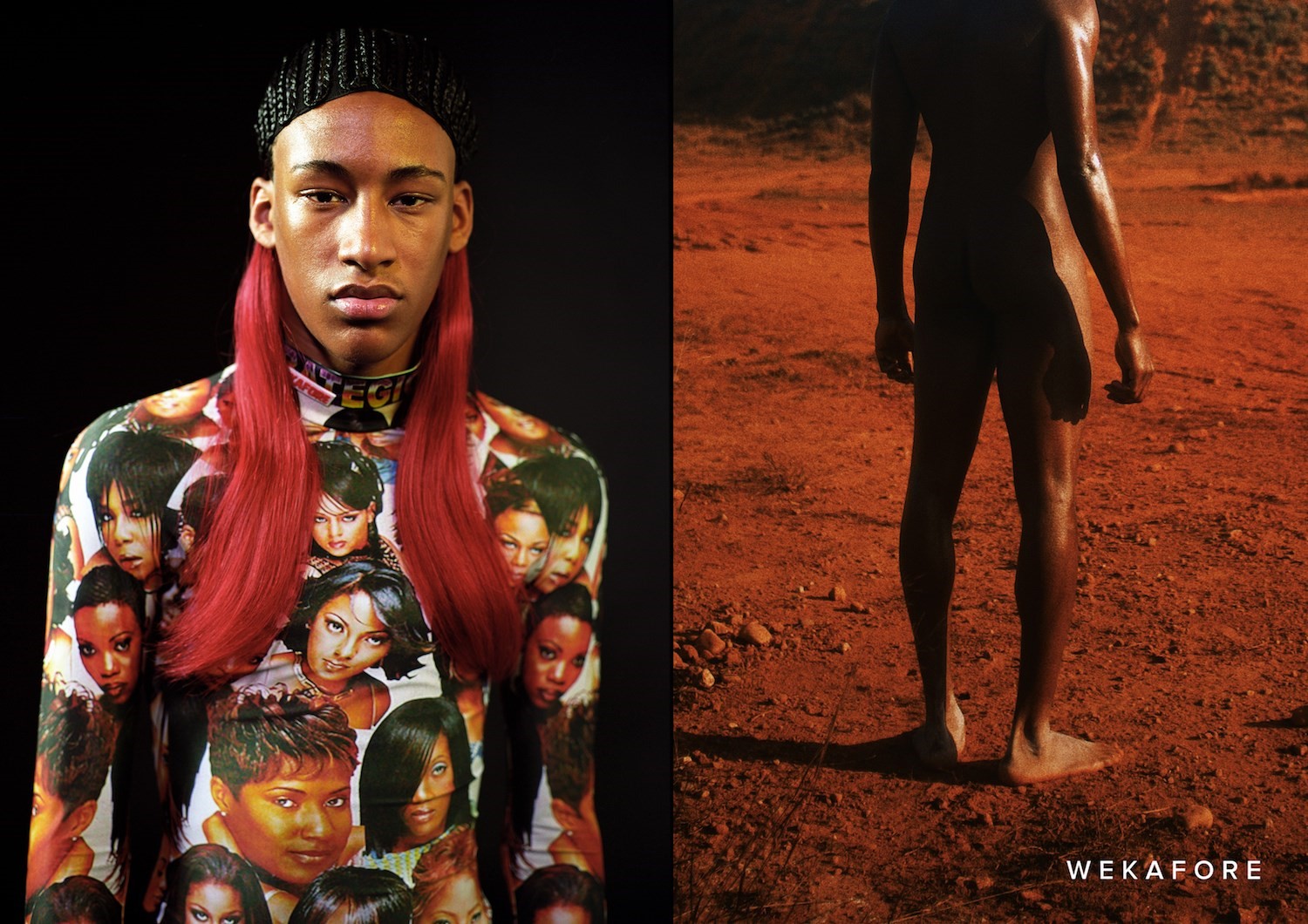 Through the collection, the self-taught designer, who left his previous home of Dubai for a fresh start in Barcelona, seamlessly fuses the two concepts, using irony to weld them together.

Some of the collection’s standout pieces include a t-shirt that reads “Exotic Animal”, a reference to the colonialist perspective of Africans as animalistic. Another t-shirt reads “Naked Africa!” And as an ode to spirituality and religion (two notions that are deeply entrenched in African societies) a hoodie is printed with the word ‘Spirit’. 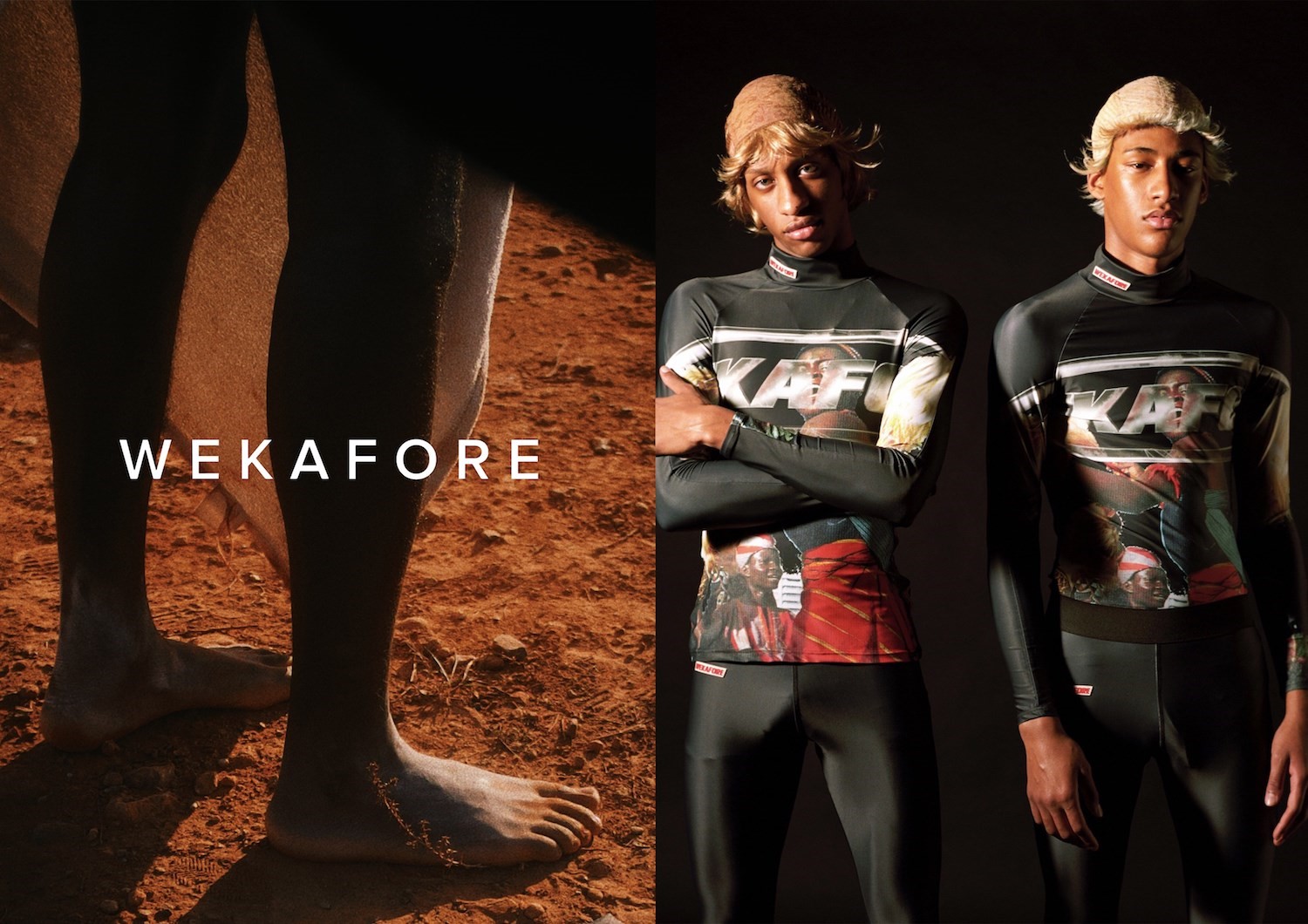 Amongst the Wekafore-branded harnesses and boldly coloured trousers, is another guaranteed-instant-sell-out piece, a turtle-neck featuring a print of African faces, an effort by Jibril to normalise blackness in fashion. 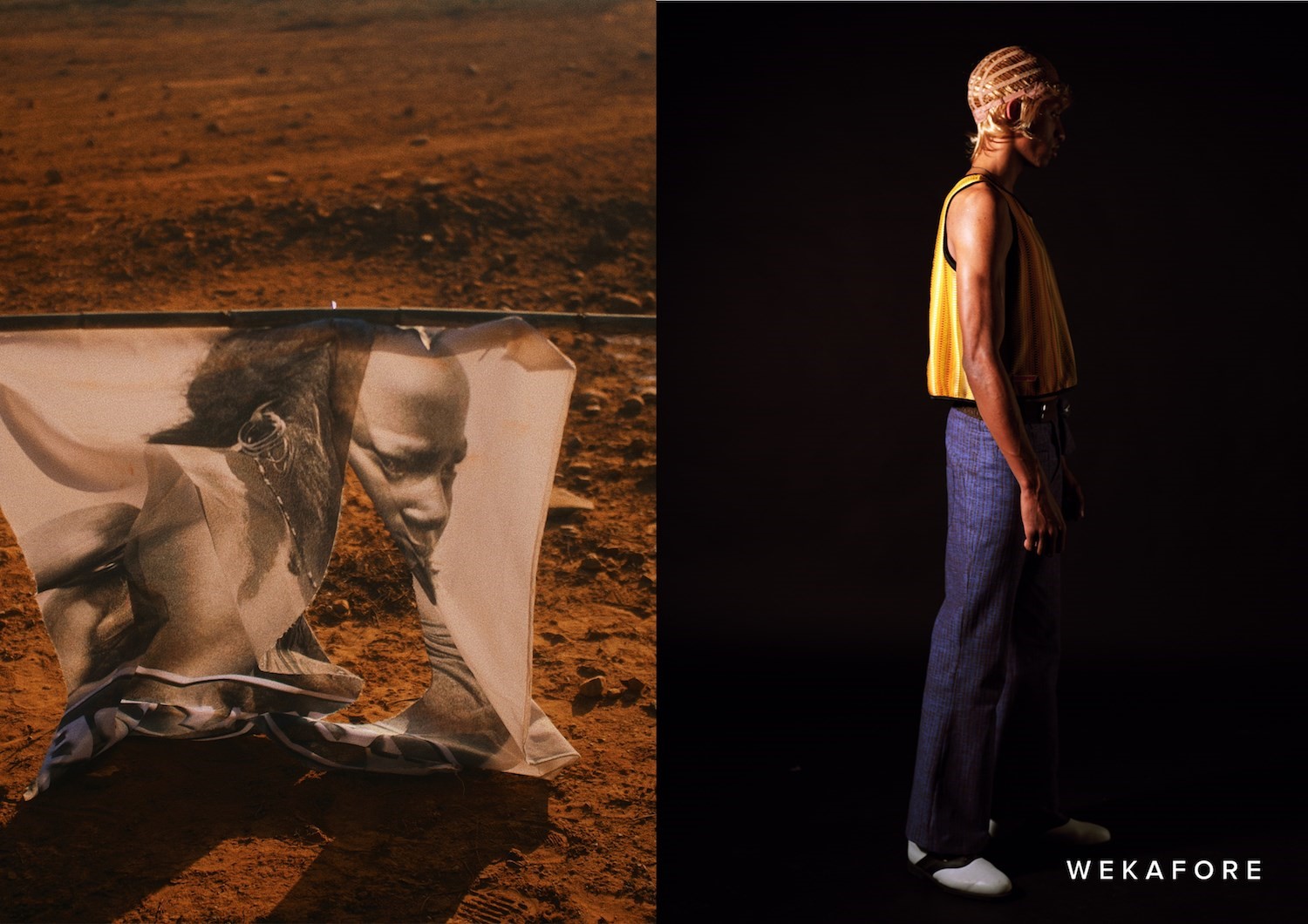 His efforts are amplified further through the campaign, which Jibril launched as a celebration of black bodies. Shot by Vitalik Melnikov and Sendoa Cardoso, the campaign goes beyond  showcasing the collection, with each image highlighting nude figures as a reminder to the viewer that naked black bodies are worthy of being swooned over, just as much as their counterparts.