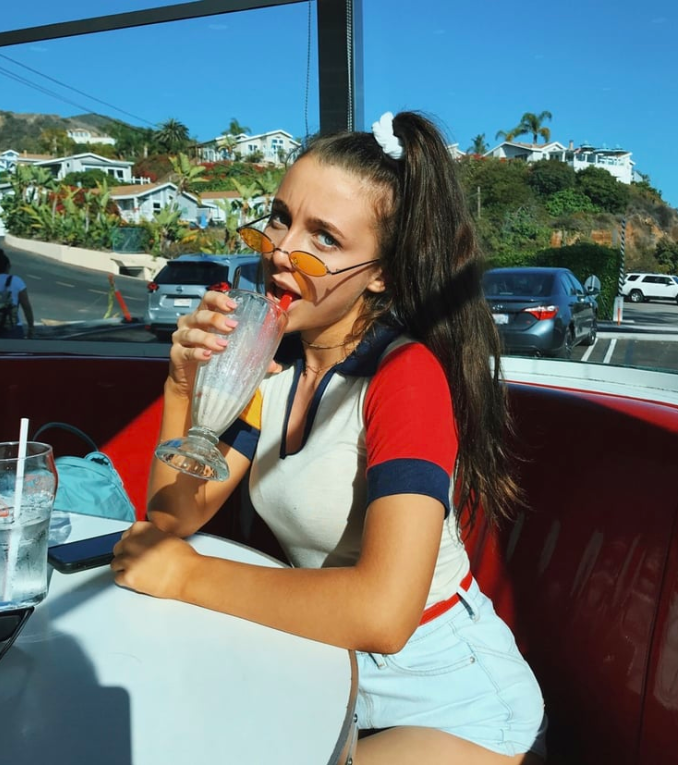 What Does it Mean to Be a VSCO Girl?

And could you be one?

Her outfits always include an oversized t-shirt, a scrunchie, Vans and a Fjällräven Kånken backpack that she got from Urban Outfitters. She has an affinity for Hydro Flasks (extra bonus points if it’s covered in stickers). And her IG highlights include one of a skincare routine that literally no one asked for, where she finishes off by dousing her face with Mario Badescu rose water facial spray. This my friends, is a VSCO girl.

There’s a high chance you’ve probably come across one, if not in real life, then definitely on Instagram or TikTok, where VSCO girl memes thrive.

Taking its name from the popular photo editing application (pronounced ‘vis-co’, not ‘V-S-C-O’) it’s the ultimate Gen-Z brand. Some might even call it a lifestyle. And a key component to being a VSCO girl is being vaguely environmentally conscious, hence the Hydro Flask.

“We out here trying to save the turtles” says YouTuber Little Lia as she heads out to buy a pair of Birkenstocks and a Hydro Flask in a video entitled “Transforming into the Ultimate VSCO Girl”, that garnered over a million views after just three days of publishing.

“skskskksksks I oop” repeats another girl in a TikTok video that has gone viral. “And I oop” being a reference to the viral video of drag queen Jasmine Masters, and “skskskskkss” being Gen-Z for “OMG”.

She’s parodying VSCO girls though, as many people have come to since the rise of the trend. But before becoming the inspiration to countless memes, VSCO girls were just the 2019 iteration of the ‘preppy’ 2000s aesthetic that saw many pop the collars of their polos and sometimes even double up (yeah, that happened).

In a nutshell, IRL VSCO girls are a personified VSCO filter. In particular the OG warm-toned one popularised by preppy girls who liked to share overtly-posed photos with nature as the background and group photos in make-shift tents decorated with string lights (of course).

They always wore their vans and scrunchies and drank water from their Hydro Flasks. But as with most trends, trolls caught on and the VSCO girl meme was born. Alas, VSCO girl is both a meme, a person and a lifestyle.