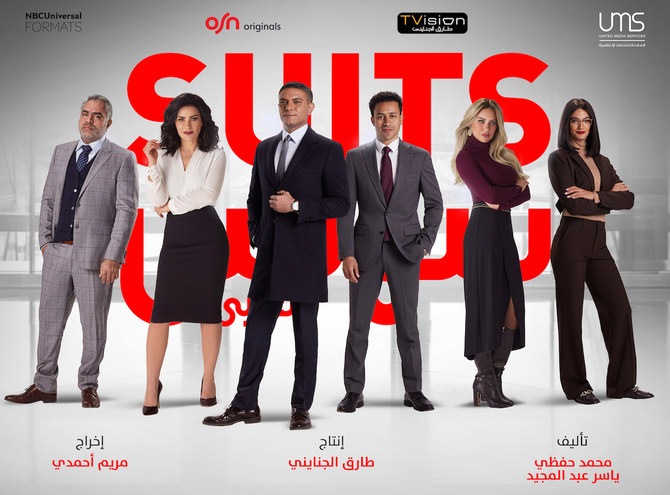 This is What We’re Watching This Ramadan

For the late Netflix & Iftar sessions

It’s official, Ramadan is just around the corner. In less than a few weeks, we’ll be back fasting, helping those in need and spending time with our loved ones. But can Ramadan be complete without a load of series to binge-watch through the holy month? It’s an age-old tradition that’s been around for as long as we can remember. From fawazeer to musalsals—we love a good Ramadan vibe.

For this season, we’re getting ahead of the game. We rounded up a list of shows we’re excited to watch.

After the impressive success of ‘Zelzal’ in 2019, ‘Al Prince’ in 2020 and ‘Moussa’ in 2021, the 33-year-old Egyptian superstar is back this year with another show that will surely follow the same fate as his other productions. The plot is centered around an Alexandria-based couple, played by himself and joined by Dina El-Sherbiny, through their financial struggles which lead them on a journey of escape from authorities. Available to stream on Shahid soon, expect El Meshwar to become one of the upcoming month’s biggest hits.

The title will probably sound familiar. Although it shares its name with Fairuz’s famous lullaby, the series is much different from the Lebanese crooner’s song. The story will follow Bligh, a man who accumulated a substantial amount of debt during his time in Europe, as he returns home to fight for his right for inheritance. On a crucial mission to retrieve what he is supposedly rightfully owed, Bligh’s quest quickly turns, as you could have probably expected it, into a mission to mend his and his family ties back together. Set between several European sights and Egypt, we can’t wait to set our sights on Khaled Al-Nabawy’s latest work.

Set to be aired on MBC Egypt, the series sheds light on Rouh’s story. The young woman led a normal life until her husband, Akram, got involved with terrorist organisations and brings her, against her will, to an ISIS operation centre. From one hurdle to another, we follow the string of events unfold while constantly wondering whether she will fall into the Islamic State’s crushing creed or find her way out and head back home safely.

Set to go live on MBC Iraq, the story follows a young conservative woman from the city after the passing of her mother. Now head of the family, the protagonist eventually falls in love with a doctor which leads her life to be turned completely upside down. According to released details, it has been reported that the show will touch on several societal issues including drugs, organ trafficking and fraud. It is also believed that the name of the program was eventually changed as Almas Almaksour, which roughly translates to Broken Diamond; a reflection of our present society and the actual state the producers think it is in.

Finally, something a little lighter to watch next month. Ahlam Saeeda  is a comedy that will delve into the mind tricks of an aristocratic woman whose dreams make her suspicious and doubtful of the people in her close circle and large entourage. Screened exclusively on ON channel and Watch IT, the series is penned by Hala Khalil, produced by Gamal Eladl and directed by Amr Arafa.

Suits Arabia will be one of the main shows of this upcoming Ramadan. Starting from April 2, the series will be comprised of 30 episodes and written by Mohamed Hefz who also recently generated loads of noise with Perfect Strangers a few months ago. Fans of the original series will surely be happy with announce of the remake and we can’t wait to see what it has in store.

First premiered at the 5th El Gouna Film Festival, the film centers its plot around a night where “societal beliefs that kill love are unveiled through five different love stories”. Egyptian belly dancer and actress Fifi Abdou will be joining forces with Shereen Reda, this Ramadan which is adamantly going to get people reacting. They’ve even released a song to accompany the series.