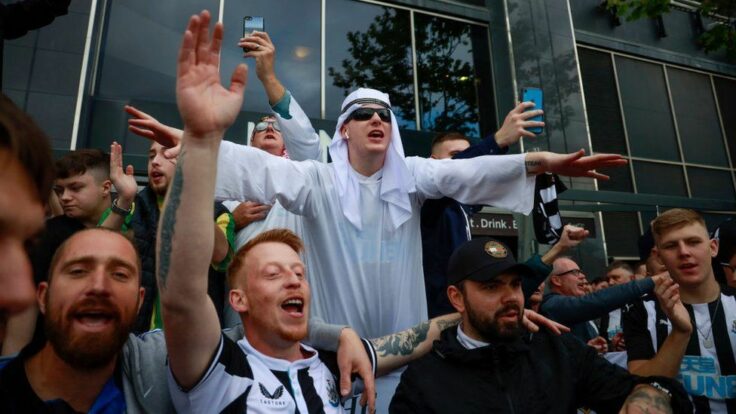 What’s Next for Newcastle FC?

Are the magpies heading back to their golden age?

For those that haven’t paid much attention to football news lately, the Saudi crown and English businessman Jamie Reuben have recently taken over Newcastle FC’s board and are expected to inject a substantial amount of investment into the club. Of course, that means some changes are underway.

The former Premier League giants have been going through a rough patch that’s lasted over a decade. However, it seems as if those times are coming to an end. Since the early 2000s, the black and white striped team has continually struggled to make it into the upper half of the league’s table. Many signings in the past have blown some mere hope into the club but never really managed to do it in a sustainable or viable way. A couple of one-season-wonders have passed by Newcastle’s locker room and worn their iconic shirt but never with the impact they were expected to make.

Since the recent change of owners, the club rapidly appointed a new manager to hopefully help them reach their new-set heights. They also inked the signing of World Cup semi-finalist Kieran Trippier hailing from the Spanish Atletico Madrid side as their first top-flight recruit. However, the club is still finding itself stuck in a delicate position.

The Magpies have a ready-to-use spending budget that other teams can only dream of having. The French duo of forwards Ousmane Dembele or Kylian Mpabbe were once rumoured to make their way over. But the overshadowing threat of being relegated is poisoning and limiting their options to lure any more big names than the one’s already signed over to the north of England.

Pointing their nose at the very steep 19th position of the table, if the year-long competition was to end tomorrow, they’d find themselves set back to the country’s second division which would only make their battle to be re-considered as a real threat even more difficult.

Many other European clubs have received outstanding foreign investments in the past. At the time, the amounts and ambitions mirrored made most of the football world contemplate these fully-funded teams as the potential mastodons of tomorrow.

Performing quite well for a short period of time, they rapidly sank into oblivion. And with the poor stats Newcastle have been showing so far, everything is leading us to believe that they may end up on that same path, only this time without the short-lived successful spell.

As only a handful of A-listers are being linked with a transfer to the club right now, Newcastle may need to redirect their focus on more discrete players that can be persuaded almost effortlessly to come make a quick difference for the project to stay alive. Especially given the inflation rates Newcastle is having to deal with. Surrounding clubs know they have important financial assets and are consequentially upping their prices as a result. As of right now, they seem to have understood that assignment as interests in the likes of Dominic Solanke, Patrick Schick or Divock Origi have been formulated so far.

Although the first couple of months have mirrored some positive signs but as much as the end of season seems and feels far away, they urgently need to navigate this storm now to avoid any other potential torments.