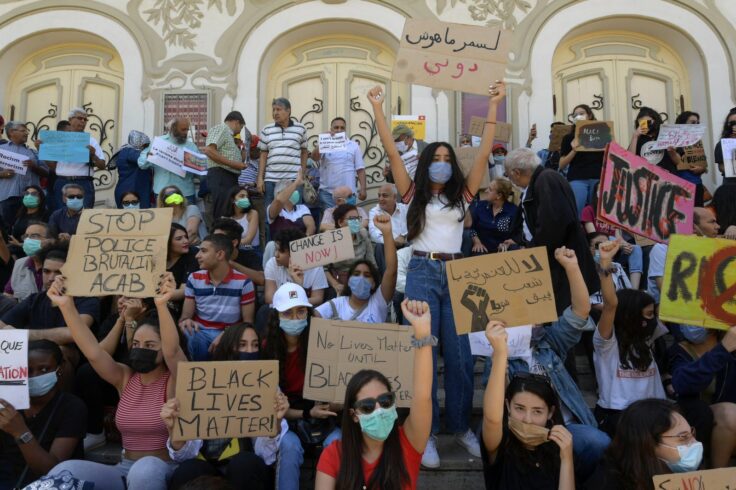 Anti-black racism is an Arab problem too

If you’re Arab and reading this, it’s very likely that you’ve faced racism or Islamophobia. Naturally, it is important that we, as a community, continue to fight for representation so the world sees our humanity and recognizes the value and worth of our lives, experiences and talent. But having said that, it is essential to realise that, in the fight against racism, we non-black Arabs have failed too.

Before you say it, yes racism does affect many other communities – but it’s important to acknowledge that when it comes to institutional racism, it will always be worse for black people, wherever they are in the world. It’s time we finally face it—anti-black racism is also an Arab issue and now is our chance to fix it.

Across the globe, being black has long-been accepted as the “ultimate racial other”, as Robin DiAngelo explains in her bestselling book White Fragility. Historically, black people have been on the receiving end of incessant anti-black racism, and our region is no exception. The Arab slave trade is a historical reality and addressing it has long been avoided.

From the 7th century to the early 20th century, Arab Muslims in North Africa sold millions of African slaves to the Middle East. In 2017, the UN migration agency revealed migrants from West Africa were being sold in Libyan slave markets. And as I write this piece, the Kafala labour system continues to oppress and deny the rights of African migrant workers in Lebanon and the Gulf.

Arabs in the region might not be too familiar with the concept of police brutality like people are in the USA or France, but our shared history of slavery has conditioned non-black Arabs to often be blind to their own anti-black rhetorics, and the infrastructures that perpetuate systemic racism.

With frequent representations of black people shown through blackface (a highly problematic staple in Arab comedy that should be denounced and removed immediately), it’s evidence enough that anti-black racism is deeply rooted in Arab culture.

As white-Arabs, the responsibility is on us now to correct those wrongs. By acknowledging that non-black Arabs have privileges, we need to commit to using those privileges to fight systemic racism.