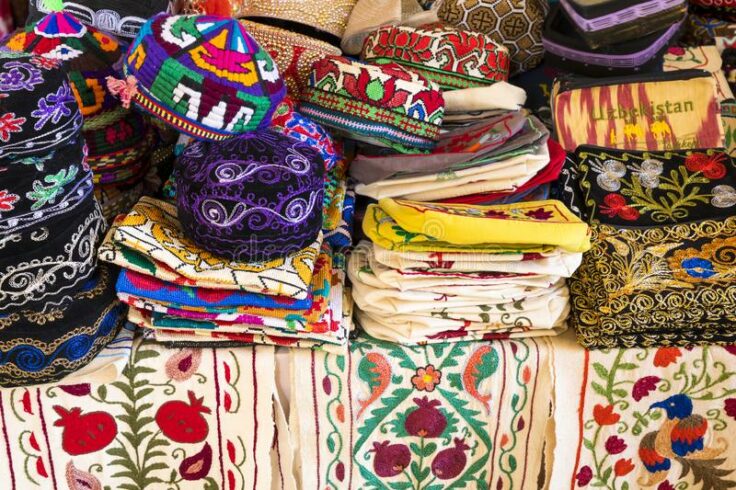 The taqiyah, also known as the kufi and tupi, is the latest cultural item of clothing to be appropriated by white girls on social media. The religious cap, which is brimless and rounded, is typically worn by Muslim men from the Middle East,  North Africa, South Asia, and East Africa during prayer.  Now, while we’ve gotten used to seeing the knitted caps worn by grandpas strolling slowly to Friday prayer, they’re appearing atop the sleek blond tresses of American girls smiling on our social media feeds, with a brand new name to boot.

whites have ZERO ideas in the vault, huh? like not a single one of their own. how do you gentrify the taqiyah pic.twitter.com/qC4kWtUlUu

Dubbed “bathing caps,” these gentrified versions of the taqiyah come in a multitude of hues, including pale pink and blue, and are embellished with dozens of tiny beads and sequins. They are paired with sheer mini dresses and knee high boots, and most likely retail for $100 on Depop for girls who want to cosplay a Muslim man going to jummah, all while ignoring the cultural element’s purpose and spiritual meaning within its original community.

Now, a lot of people would argue “it’s just a hat!” but the thing is, the crochet head coverings are a clear representation of one’s faith, so to see women whose culture is tied to colonialism wearing them for the sake of fashion not only takes away from the religious and cultural depth of the taqiyah, but the way in which the garment is perceived when a Muslim man wears it is completely different. While it’s seen as trendy and cute on a white girl, if someone with more melanin wears the cap to the airport, they can almost always expect a “random” call into the interrogation room.

It’s never a total surprise to see our culture be so blatantly drawn from— the Louis Vuitton keffiyeh immediately come to mind— but it doesn’t make it any less problematic. And, honestly, we’re just as tired of the cultural appropriation discourse as you are. It’s shocking that it’s something that is still happening today, even though culture vultures are more readily called out on social media. However, as long as the misuse and blatant theft of cultural elements continues, so does the conversation.