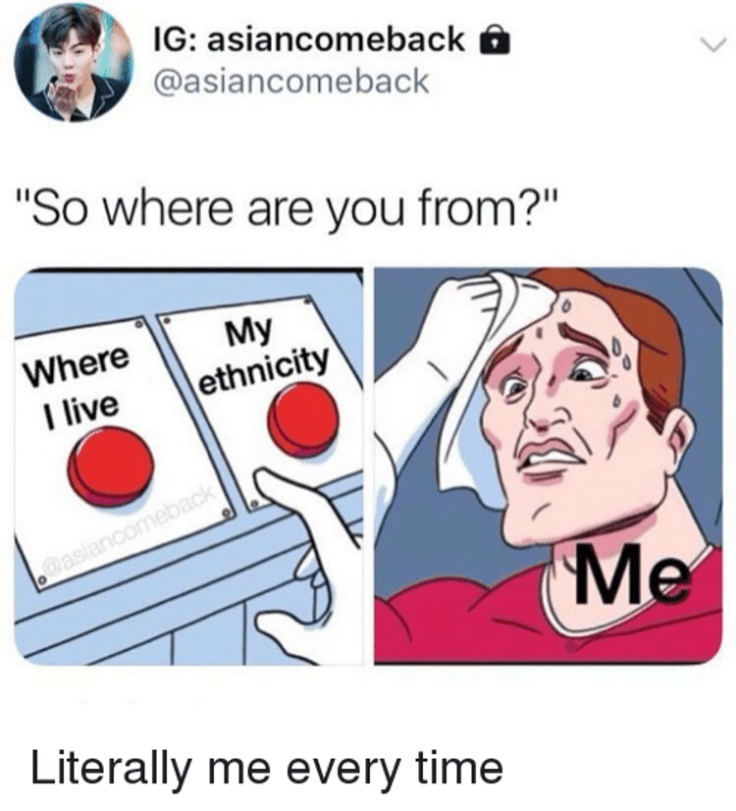 Sorry, I must have left my camel at home…

When asked “Where are you from?” I know I’m definitely not alone in relating to that meme of the guy sweating profusely trying to internally establish whether they mean: where do I live, where was I born or where do my family come from.

I almost always say Morocco instinctively, as that’s what my parents always proudly raised us to say. But the response I get back is rarely varied, and always comes down to one statement: “but you don’t look… Arab”.

At this point I usually stipulate a few fun facts: No, my name is not an exotic name-choice by some white trustafarian hippies who went to Marrakesh once in the 70s. Morocco is actually incredibly diverse. My family are from the northernmost part of the Rif mountains, where red hair and pale skin is actually quite common. And yes, both of my parents are really Moroccan. And no, I don’t look like most Moroccans you see in the media. Yes, my sister has much darker skin, as do the majority of my family. But more importantly – none of this makes me any “less” Arab. 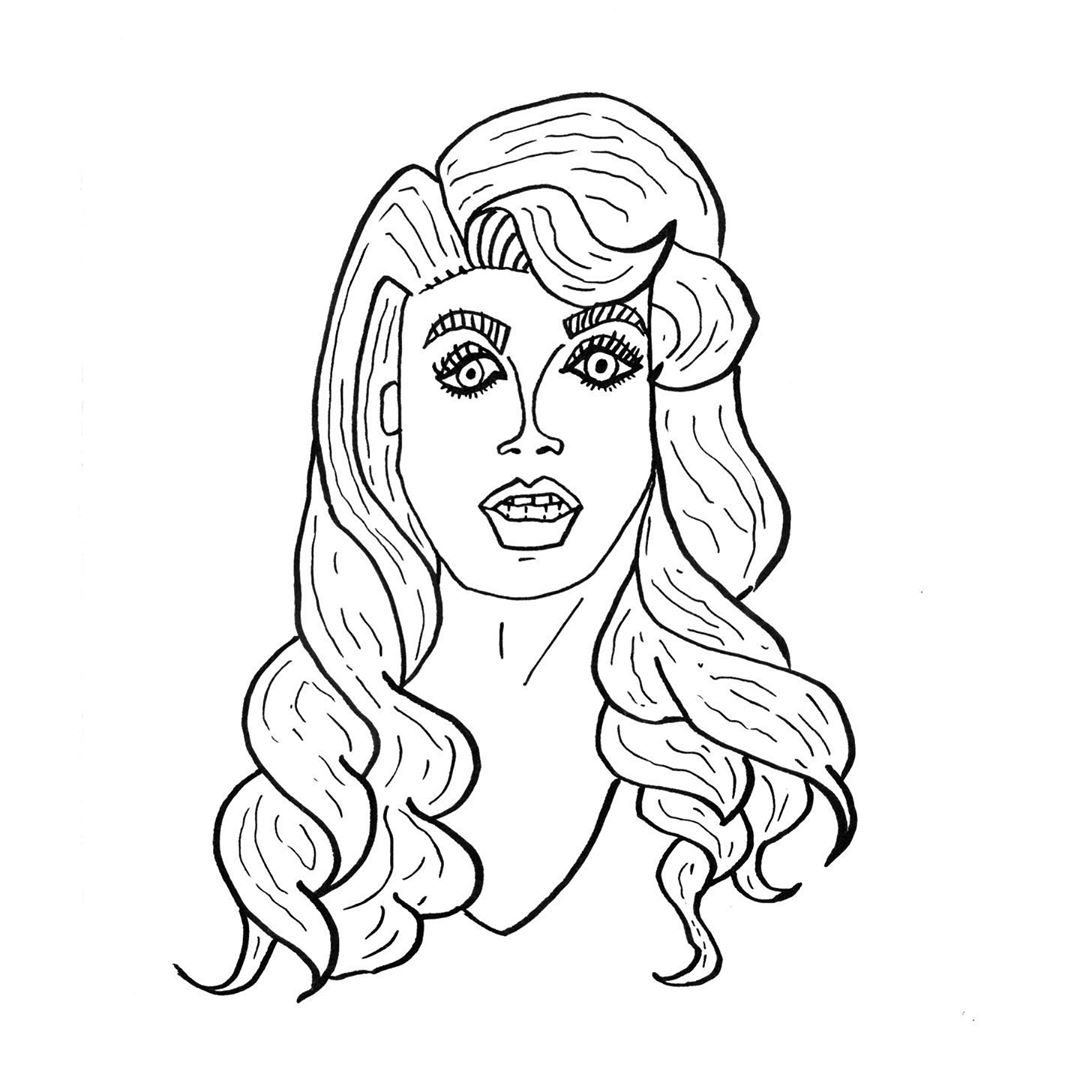 Now of course, as a white-passing Arab, there are innumerable privileges I have been able to experience, and I wouldn’t for one moment deduct that out of the conversation, in fact one of the most enlightening, but at times pailful, things has been having the ability to sit in a ‘white’ space, with people who have no idea that I’m Arab, or that I’m Muslim, and overhear how certain people really feel about both of my communities. It’s often hard to listen to, but it’s my responsibility, as someone who is a non-visible Arab, to speak up, defend my community and break down every single tired cliché and harmful stereotype that is subjected to us, and any other minority, behind closed doors.

But this doesn’t just happen in the West; this is a major problem within the Arab world. Our region, which contains some 22 countries, is also home to some of the most restrictive and narrow views of what actually ranks someone on their “Arabness”.

Here are a few things I’ve been told over the years, as someone who is a Riffian Darija speaking Moroccan:

“Did your parents have an affair?” 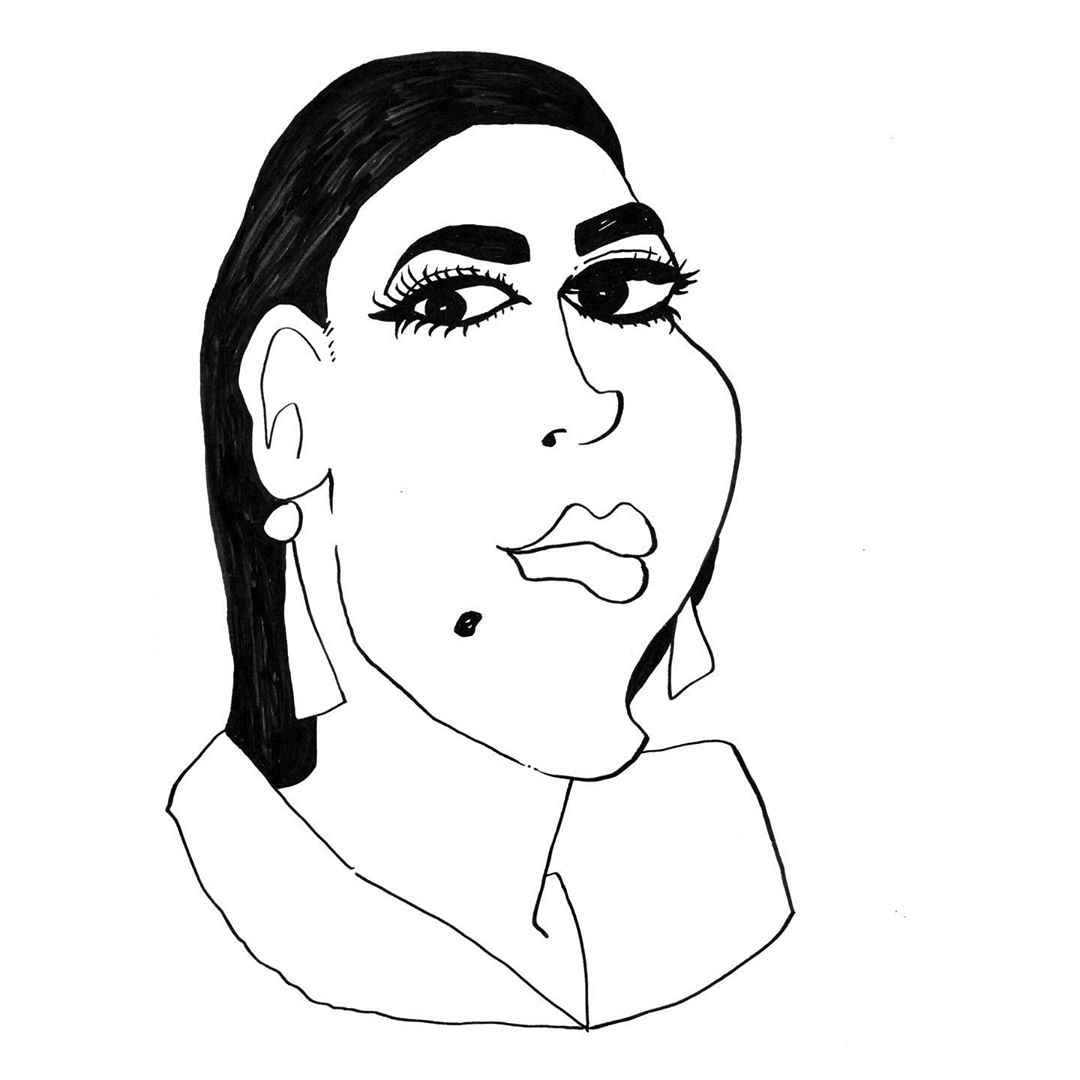 The list goes on and on. These statements are all quite light in doses, but when asked consistently, it can begin to make you question your own identity and your place within the world. You feel like you’re losing your identity. When I’m back in Morocco, I also get a lighter version of this line of questioning, but once I open my mouth and start talking the talk, the room tends to fall silent and they declare “Ohhh, you’re a real Riffian woman”, at which point it feels like a small, albeit odd, identity victory.

Which raises the question: as a region, and as a community, if we can’t stand beside each other and appreciate the many contradicting things that actually unite us, rather than divide us, how can we expect anyone else to?