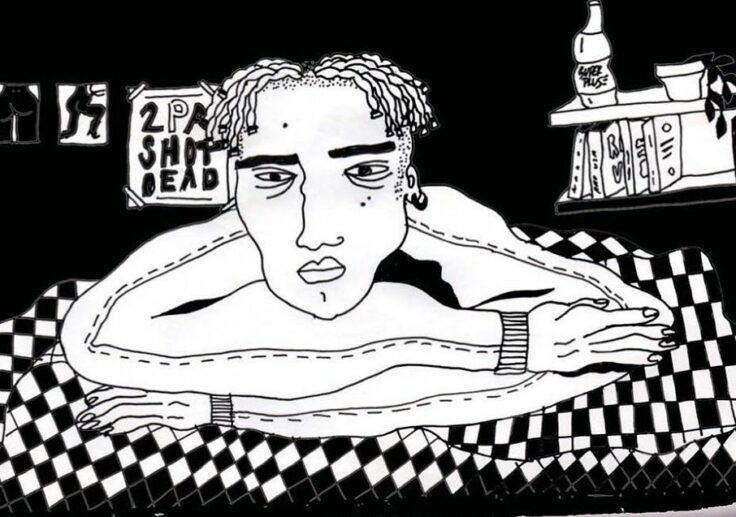 Why Do Young Arabs Feel Lonely?

Have you ever found yourself sat in your room, aimlessly flicking through Instagram stories, watching everyone living their best life? It turns out, you are far from alone feeling lonely. In fact, loneliness is a bigger concern among millennials than any other age group.

For many of us, the simple act of living has become a constant challenge. Although this generation gets bad press for being lazy and entitled; the truth is, it’s much more competitive for millennials to find jobs than for previous generations.

And once we’re lucky enough to be employed, life outside of work is often quasi-inexistent. To top it off, paying rent is a struggle and intimate relationships are growing less and less frequent.

Loneliness is a global epidemic. And if you add the rise of attacks directed at Muslims, its effects are particularly harmful for us. According to The Guardian, the number of anti-Muslim hate-crimes increased by 593% in the UK following the attack at the New Zealand mosques.

Not to mention, it is still largely taboo to speak about mental health or intimate issues openly within our communities. For many of us, we are also forced to keep up appearances even at home, a space that’s meant for personal healing. And so, having trouble finding adequate support in private can lead to even more intense feelings of isolation and stress.

Whether it’s at home, in society or in a relationship, there are many ways to feel lonely. We caught up with five young Arabs to find out how loneliness has impacted their lives and how they coped with it.

Maha, 24, Tunisian
Loneliness has been my companion over the years. Although I have so many friends around the globe, a loving family that has always supported me, and people that I call soul mates, loneliness still finds a way to creep in.

I feel lonely because, regardless of all the intimate bonds I have with friends, I still feel that I am lacking a strong romantic intimacy; the kind of intimacy that connects two souls on all levels. I was reading a book called “ The Lonely City” by Olivia Laing, which says “our whole purpose is as coupled creatures, or that happiness can or should be a permanent possession. But not everyone shares that fate.”

What if I am one of those who do not share that fate? It is scary, and sad. It makes me sad. But it also opened my eyes to a coping mechanism; learning to embrace my loneliness. It is hard, I am not going to lie to you, but I think it is also beautiful to surrender (in the spiritual sense of it) and let go.

Sarah, 24, Egyptian
Being a POC growing up in the UK I was mostly around white kids and so they set the standards of what I needed to be to fit in. I had some Arab friends but they were either in the same situation as myself, or judgemental as they thought I was trying to deny my heritage and religion (I’m Muslim) in order to fit in. Essentially, I found myself caught in the middle and never being able to express who I truly I am.

This year I had enough. After the Christchurch attacks I found many of my white friends unwilling to understand the gravity and intensity of the situation and many of my Arab friends consumed by the idea that they were hated rather than trying to understand how complicated the matter was. I was so exhausted by performing two parts of an identity that I kind of just peaced out of a lot of my friend groups.

Raya, 29, British-Emirati
When I was working in Abu Dhabi, the environment was a strange one. Half was expat and half was Emirati and I was stuck in the middle. I felt too Arab for the British expats and too British for the Emiratis. I didn’t feel acceptance to either community. It caused me such anxiety and confusion because I also can’t speak Arabic. I learned a lot while I was there but never built up the confidence to speak it.

I also didn’t wear an abaya or sheyla, which set me apart from a lot of people at work. One openly expressed the lack of respect Emiratis receive when they don’t go to work in National dress right in front of me not knowing I was Emirati. That caused a level of paranoia. I truly felt like I had no ally. I quit in the end.

Hussein, 23, Egyptian-Palestinian
I have felt lonely my entire life. I have three sisters and one brother who’s the eldest. My sisters would always hang out together, my brother would be with his friends, and I’d be on my own. I eventually became an Emo kid, and it was not for the trend, I was actually emotional. And maybe, that was my only way to stand out.  Even today, when I’m with my friends, I still feel like I’m the black sheep. Artistically speaking too, I make music that people in Dubai don’t really consider as good music. The only person I used to speak to was my mother, but even when I speak to her I feel lonely. And in 2018, I developed thanatophobia, which is a fear of death. I thought about death 24/7, which made me feel even more isolated and misunderstood.

Safa, 24, Algerian
As a French-Algerian, I feel like in France, we don’t let you be French and something else. The French identity is very exclusive in nature. If you have another identity, you are forced to assimilate yourself. I feel rejected by my country. It seems like being Muslim and practicing my religion has turned me into a clandestine. My hijabi mother has always been victim of racism. My sister too; she was forced to quit her handball team because it was forbidden to wear leggings under her shorts. I cope with that feeling of “othering” through documentary filmmaking. I’ve been exploring the struggles of belonging to two identities through my films and it has helped a lot.