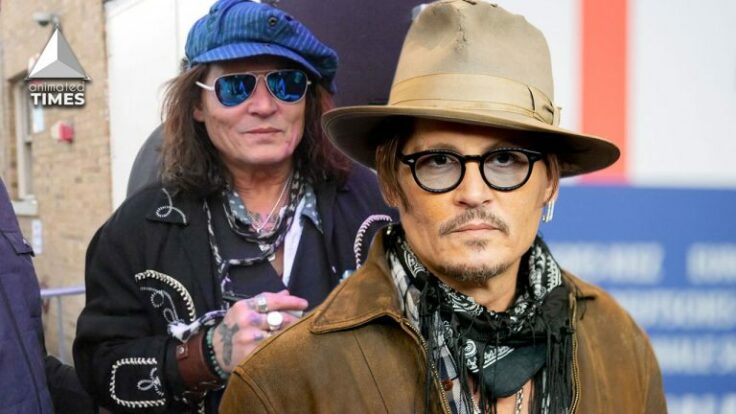 Can Someone Explain Why Johnny Depp Is Walking the Savage x Fenty Fashion Show?

Just because Rihanna hasn’t really released music in the last few years, doesn’t mean that she hasn’t made headlines. The 34-year-old singer-turned-entrepreneur, who recently welcomed her first child with rapper A$AP Rocky last May, has been exploring the ins and outs of the creative spectrum, specifically through Fenty Beauty, her self-launched cosmetic label, which received accolades and acclaim for its broad inclusivity across skin tones in its products. This time though, the Barbados-born artist is being put under the media’s spotlight for a whole other reason.

Before Ye turned anti-semitic overnight and Drake started spoofing everyone with fake Vogue covers, users of the World Wide Web had their eyes focused and keyboards ready for what was arguably one of the biggest sagas 2022 had to offer.

Here’s a quick recap for those that somehow missed out: For several weeks, formerly married Hollywood actors Johnny Depp and Amber Heard went head to head in court for a harrowing trial that galvanized the almost entire planet. Depp was the one who initially pressed charges against his now ex-wife, filing a complaint for defamation and requesting monetary compensation for all the damages caused, ranging from bad press and negative comments about his persona to his exclusion from upcoming films, movies, and series. Heard eventually counter-sued the Pirates of the Caribbean actor for alleged physical and mental abuse she had endured in the years prior to the legal hearing.

Whatever opinion you may have on their emotionally tiring and murky case, it’s safe to say that both have found themselves looking guilty for what they’ve done, although the impact of each one of their actions does indeed hold different weights. Put it this way: Defamation and violence are two different things, and it’s up to you to decide which one is worse. Either way, up until now, it was quite hard to imagine either of them bouncing back from these long months of drama, both having had their reputations tarnished and dragged to the lowest, because let’s face it, Captain Jack Sparrow isn’t the cool pirate he once used to be.

At this point, you’re probably wondering what links Rihanna to this tumultuous rigmarole. Recently, reports have confirmed that Depp will appear in the next Savage x Fenty fashion show on Nov. 9, alongside other A-list celebrities including Irina Shayk, Cara Delevingne, and Taraji P. Henson, among others. Labeling this unexpected casting as strange would be an understatement, especially when he’s expected to be the first man in Savage x Fenty’s history invited to model, embodying the brand’s new men’s collection.

What’s also unusual about this move is the fact that Rihanna herself is a survivor of domestic abuse, following an assault by her then-boyfriend Chris Brown in 2009. Bearing that in mind, it’s now even more complicated to justify her choice to call on Depp, especially with the myriad of harmless and unproblematic stars she probably has in her phone book. I mean, wouldn’t it have been easier to just cast her boo, AKA Pretty Flacko, to mark this mighty first in a better and more holistic way? For a brand that has built a proud reputation of being an infallible advocate of inclusivity and an endorser of woman empowerment, it’s hard to rationalize the beauty mogul’s decision, considering Depp’s recent history.

Once again, after Roman Polanski, Kevin Spacey, or even Akon, Depp’s name is another unfortunate one that adds itself onto the long list of should-be-cancelled individuals, as clearly, their convictions were nowhere near what was deserved. Who can believe that Spacey just went to pick a prize up for his “lifetime achievements” in Turin last week? When you look at how Will Smith was treated after his infamous slap at the 94th Academy Awards, it seems as if it’s more acceptable to be a child abuser or a sexual harasser in Hollywood than it is to rough another man up for a lame joke on stage.