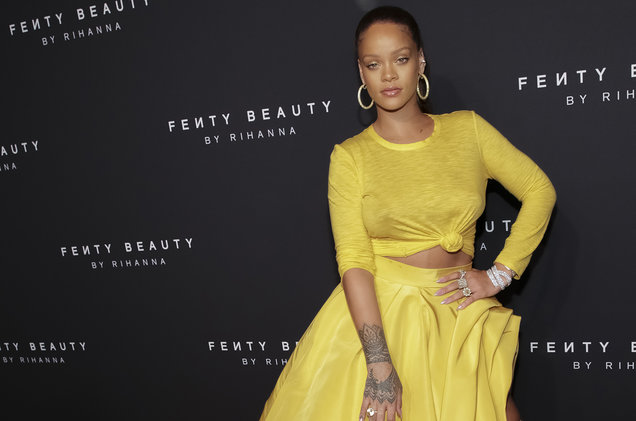 Women are Finally Taking Control of the Beauty Industry

But are they actually encouraging female empowerment?

Last month, Forbes released its list of America’s richest “self-made women”. Of the 80 included in it (a third more than a year ago), 10 women worked in the skincare industry, including Rihanna, Kylie Jenner and Anastasia Soare of Anastasia Beverly Hills.

The rise of female-led beauty empires sounds like great news. With their businesses, female entrepreneurs have finally been able to break beauty barriers, catering to women who had never previously been represented by traditional cosmetic brands, let alone having been barely seen or heard in mainstream pop culture.

Take Rihanna’s beauty brand Fenty for example. The Bajan singer-turned-beauty-guru took on the industry’s lack of diversity like no one else before by launching her now-cult Pro Filt’r foundation, which comes in 50 shades. In doing so, Rihanna—real name Robyn Rihanna Fenty—became the world’s richest singer last year, without having released any music.

This new shift is significant, firstly because women are taking the lead in an industry that has been capitalising on their insecurities for decades. But also, the idea of women taking on the beauty industry is a political act of self-acceptance. By “taking control” of their appearance, beauty moguls like Rihanna or Huda Kattan are encouraging their audience to wear makeup for “themselves” and stop believing that beauty is about meeting patriarchal beauty standards.

While 1970’s feminists advocated for a “make-up free” philosophy pointing at how it is used as a mask, millennial feminists are all about embracing a broader definition of makeup, accepted as an empowering (and fun) form of self-expression.

But it begs the question: isn’t society’s obsession with a woman’s appearance inherently sexist anyway?

There’s no doubt that women in beauty have been pushing the envelope by reclaiming its meaning and form, but by constantly referring to our looks, it also seems like women are still being defined by rigid ideas of stereotypical femininity.

Also, young beauty brands might be taking inclusivity a step further, but the huge popularity of contouring for instance is quite contradictory. Although KKW Beauty and Kylie Cosmetics propose a wide range of shades, the way both sisters take pride in using their products to slim down their features paradoxically encourages POC women to erase parts of who they are and implies that some identities are better looking than others.

But that doesn’t mean we should suddenly shame “girly” girls for enjoying lipsticks, powders and mascara. Rejecting traditional ideas of femininity is also symptomatic of internalised sexism, which implies that it is inevitably synonymous with weakness and superficiality. And this is fundamentally wrong.

While seeing women increasingly hold power in beauty is so inspiring, we need to be careful not to blindly support any woman who makes it to the top. With Fenty having now joined the LVMH group, and contemporary beauty practices perpetuating the idea that white features are something to aspire to, maybe America’s “richest self-made female beauty entrepreneurs” aren’t truly the game-changing feminists they’re pretending to be.

Capitalist societies always offer a few women a seat at the table in return of them upholding hierarchical social structures and calling it progress. But that’s not enough. The industry is more diverse than ever, but it’s time we rethink our society with equality at its foundation.