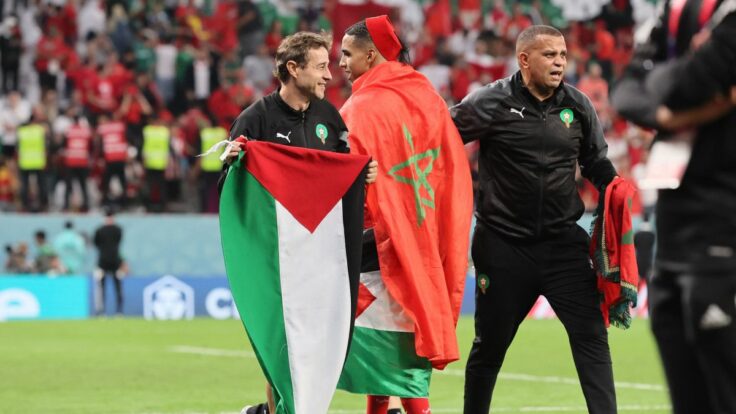 Argentina May Have Won the World Cup, but Palestine Won All the Hearts

You could say that this year’s FIFA World Cup, which concluded this past week in Doha, was Palestine’s first World Cup. After years of declining support, Arab and North African teams and fans have reminded us that Palestine has always been centered around a common identity and unity in the region.

The stage for a Palestinian World Cup may have been set by FIFA before the soccer tournament even began. The sports association announced Wessam Qutob, a social media influencer who is a Palestinian refugee, as one of the quadrennial tournament’s brand ambassadors on Nov. 20.

When the games began, fans sympathetic to the Palestinian cause found access to Palestine flags, often banned for sale in Israel and repressed in other MENA countries, easily accessible thanks to the Qatar Youth Opposed to Normalization (QAYON). The Boycott Divestment and Sanctions (BDS) group successfully convinced the Qatari national team to wear armbands of the Palestinian keffiyeh, amid row over which political symbols are permitted during the event, including the banned LGBTQ armbands several European teams had attempted to wear.

Understanding this dominant, independent, and very public display of free speech and activism really needs to be understood by acknowledging the hypocrisies and repression people live with. But it also reminds us of the opportunity to connect on the human level as was evidenced with one particular fan from the UK who quipped that “football has come home” before adding one final message: “Free Palestine.”

If anything, football has a natural love for Palestine. I ended up looking for the Chilean football team Club Palestino’s jerseys, and found them to be all out of stock. The worldwide Latino/Latina belt was evident in the solidarity of Brazilian fans who showed overwhelming support for Palestine at the World Cup. The country has faced a decrease in the quality of life, hyper-inequity, and repression of freedom of expression and association under the Bolsanaro regime. It can’t be understated. In fact, a Brazilian diplomat watched the Switzerland vs. Brazil game at the Brazil Refugee Camp in southern Gaza City, Gaza.

The South American country’s support for Palestine goes way back— in 2010, Brazil officially recognized Palestine and Jerusalem as its capital. But, under Bolsonaro, in 2020, Brazil has voted against Palestine in all forums, meaning a clear worsening of Brazil-Palestine relations. However, the overwhelming solidarity displayed at the recent World Cup shows that the population as a whole is not at all reconciled to Israeli apartheid, further proving that the world at large are fully aware of the oppression that Palestinian’s face under Israel, despite any government’s attempts to normalize relations.

Since the signing of the Abraham Accords in 2020, public opinion in the Middle East had declared that Arabs had given up on Palestine. It hasn’t helped that the Palestinian identity and most of what it symbolizes have become banned throughout public life in the region following the Arab Spring. However, the World Cup has rejuvenated public support for the Palestinian cause. In fact, Israeli media who flooded Qatar following the so-called normalization with the Arab world were shocked to find that the people of the Arab world did not welcome them with open arms. Several videos on social media surfaced depicting Israeli reporters getting a chilly reception and being fully ignored after it was found out where they are from.

Interestingly enough, it’s been North African teams who’ve proudly displayed this show of solidarity and Arab unification-notwithstanding the explosive debates on social media from Moroccans and Tunisians annoyed that the Levant and Gulf are trying to claim them. Early on,  fans used the tournament as a setting for their activism, which is low-risk and co-opted by the Qatari government. A Tunisian spectator in a Maghrebi fez who cartwheeled onto the field carrying a Palestinian flag was the second fan to get apprehended on the pitch.

Say whatever you want about the age-old debate between the identity of the Middle East and North Africa, but it was the Moroccan and Tunisian teams and fans who put Palestine back on the map. The Atlas Lions proudly raised the Palestinian flag alongside their own following their incredible upsets against Canada, Spain, and Portugal. Generally, World Cup regulations only allow the flags of countries to play in stands, but the Qatari government took a permissive approach to the Palestinian flag. It’s been a reminder to the world that the cause is neither forgotten nor taken lightly.

In an ideal world where the United Nations General Assembly never passed a resolution calling for the establishment of a Jewish State in Eretz-Israel, we would see Palestine competing in the world’s most-viewed sports tournament while Palestinian fans cheered them on from the stands. But, the harrowing reality is that Palestinian athletes are systemically injured and killed by the Israeli military forces — just last week, Ahmed Daraghmeh, a 23-year-old rising football player, was mortally wounded by an Israeli sniper. Meanwhile, unlike Israeli nationals, Palestinians are unable to move freely without restrictions, facing a number of obstacles that make traveling between countries nearly impossible. All of the Muslim and Arab (and even non-Arab) fans showing up and waving Palestinian flags and wearing keffiyehs to show their solidarity with the movement are doing what those under occupation are unable to do.

The Palestinian flag itself has been banned in protests across numerous Arab countries, and the outward expressions of Palestinian solidarity have been an unexpected rejection from the path of normalization brought upon Arabs by Western governments. Not surprisingly, these moments haven’t been showcased on US television, and friends at US companies have told me that their managers haven’t allowed the circulation of pictures or videos with the Palestinian flag either. So, the quest for acknowledging Palestinian’s humanity and existence still has a ways to go, but at least at the World Cup, the people of the Middle East and North Africa have successfully shown that Palestine is synonymous with their own identities. 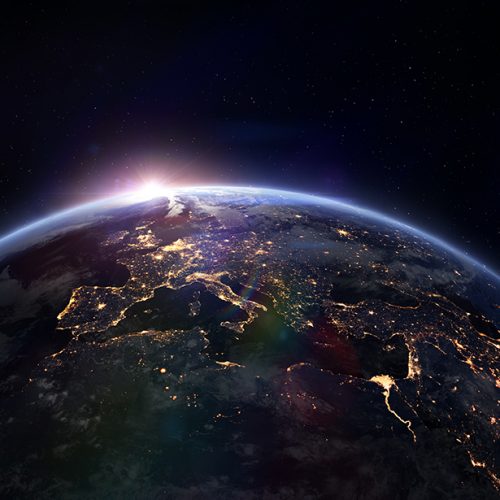 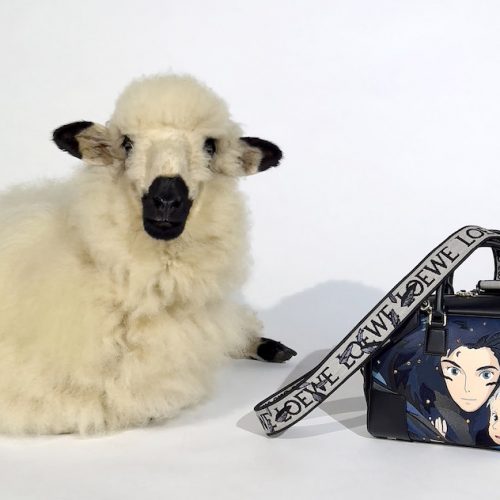