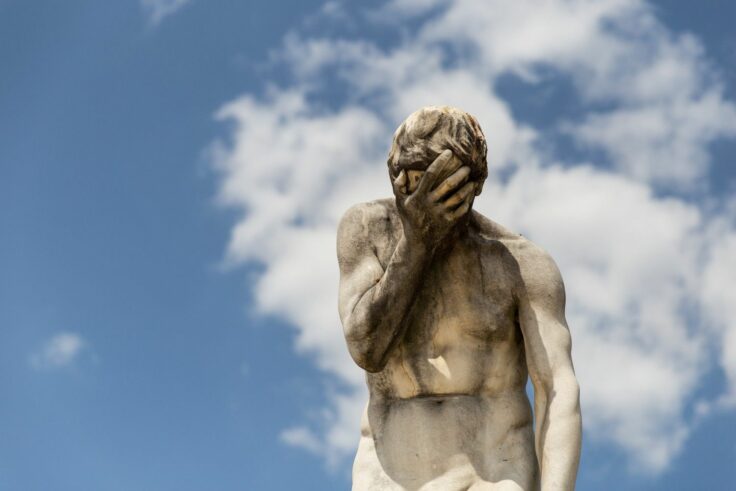 Making the right choice is probably one of humankinds’ oldest dilemmas and sources of stress. Discerning the good from bad can turn out to be quite challenging in some scenarios, especially when blindly convinced that your next move is going to be a massive money-making one.

Those with more wisdom, like former South African president Nelson Mandela, will say that in life you either win or you learn, meaning that there are some losses that can be embraced and perceived as learning curves rather than actual defeats. But sometimes, it’s quite difficult to see light at the end of the tunnel as some mishaps can end up costing you big time— literally.

If today you’re feeling a little low or battered up by life, let this following round-up of high-stake blunders serve as a solid reminder of how things can always be worse. Below, six of the world’s most expensive mistakes that (we hope) will help you feel just a tad better!

The Sony and Spiderman saga

The year is 1998, and Sony Pictures have just been offered the opportunity to acquire the entire Marvel catalogue for a reported $25 million, which is, from a business perspective, a bargain given the success the superhero characters went on to have. In numbers, the Avengers franchise alone broke a hefty list of records in its decade-long existence while generating hundreds of millions of dollars in revenue, and benefits, each time an episode would make its way to the big screens.

That year, Sony decided to only acquire the exclusive rights to The Amazing Spiderman. However, in retrospect, although Peter Parker’s story proved to be quite successful over the years, when scaled to the rest of the Marvel roaster they could have had the upper hand over, the Japanese conglomerate’s decision to solely develop the web-slinger’s story over the rest is one they surely still regret up until this very day.

The trains that are too big for platforms in France

In 2014, the SNCF, France’s national railway company, purchased 2,000 new trains to add onto their already existing travel routes. The only issue was that the received locomotives turned out to be slightly too large for some platforms due to an issue regarding size and width of the purchased vehicles.

The $15 billion order required an extra $50 million to make up for the miscalculations and to work towards making the trains fit— a mistake that was both silly and embarrassing to all parties involved.

If anyone is looking for the definition of  “mistake of a lifetime,” look no further. In 2000, Reed Hashtings, founder of streaming giant Netflix, approached CEO of DVD rental company Blockbuster, John Antioco, to buy Netflix for $50 million dollars— an offer that the Blockbuster CEO refused and must be kicking himself for until now.

As of 2021, there’s only one location of Blockbuster left in Oregon, as the company collapsed almost entirely following successive waves of financial struggles and the rapid digitalization of television. That same year, Netflix generated $29.698 billion in revenue and is today worth $102.71 billion.

Not many would be able to recover from this one because, let’s face it, this is a tough L to swallow. Although many think that Cupertino-based tech company Apple was the sole brainchild of Steve Jobs and Steve Wosniack,  there was a third partner involved who jumped ship a little too early.
Back in 1976, Ronald Wayne, the man behind the telecommunication giant’s first logo, decided to sell his 10% stakes after only 12 days as Apple founder, which were worth around $800 back then, following fears that Apple would not manage to live up to expectations and eventually crash. Today those shares are estimated at around $280 billion by some specialized websites. Although it is the opposite that ended up happening, with Apple surpassing all expectations, Wayne confessed having “no regrets” to the decision he took now almost 50-years-ago.

While many are wondering whether it is still worth investing in bitcoins, one man is actively trying to get his hands on the ones he lost 10-years-ago. James Howells, a Welsh IT engineer, threw away the hard drive of an old laptop with 8,000 units of bitcoins, now worth around $175 million, while cleaning out the office he used to work in. He now claims that the piece of IT might be laying in a landfill in Newport and is currently probing the possibility of using AI to look for the lost treasure.

The 37-year-old’s repeated requests to search the dump have previously been turned down by the city council due to environmental concerns but he managed to secure $11.8 million in funding to locate the digital assets. However, the search has yet to bear its fruits.

Today, retired NBA player Magic Johnson is one of the wealthiest basketball players. He is the founder of Magic Johnson Enterprises, he owns a movie studio, theaters, and a marketing company. Not to mention all the money and business partnerships he acquired during his tenure as a basketball player. However, that’s not to say he didn’t fumble a couple of bags along the way. In 1979, the Los Angeles Lakers rookie received an offer from Nike owner Phil Knight that included $100,000 in Nike stock and a $1 royalty for every Magic shoe sold. At the time, Converse was the NBA’s leading shoe company, and Nike was still a relatively unknown brand operating for six years. Unfortunately, Nike didn’t have the cash Johnson was looking for and he ended up signing with Converse for $100,000. Today, the stocks he turned down from the Oregon-based company are worth around $5.2 billion.

“I never heard of stock at 19-years-old, so I took the money,” Johnson once recalled of the situation. “You think about 1979, getting that stock then, and what it’s worth today? Yikes! So that kills me every single time I think about that.” Honestly, it kills us to think about too.