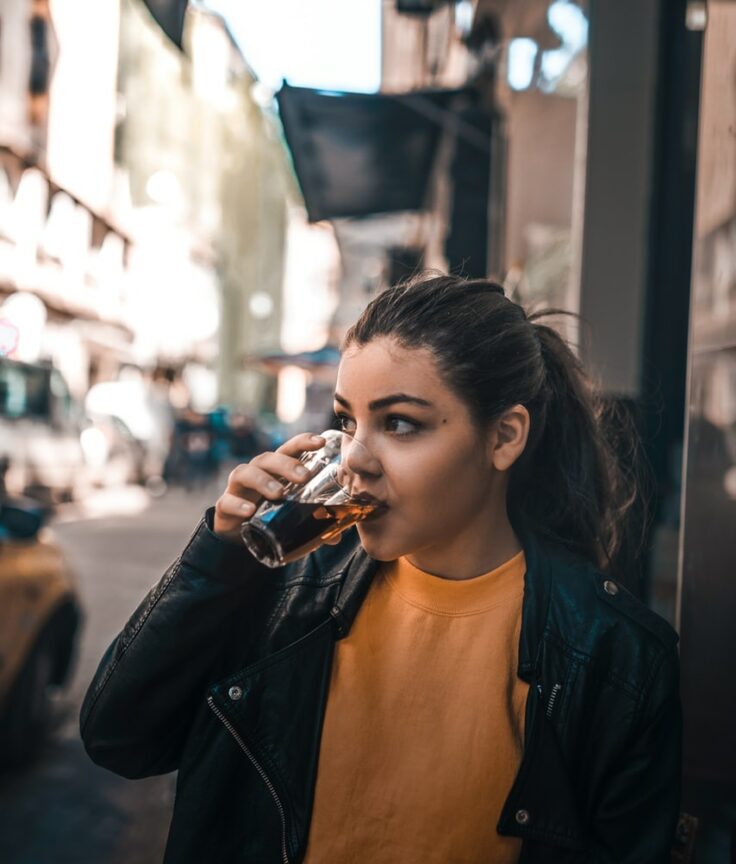 We Asked 7 Young Muslims Why They are Going Sober

… And it’s not for religious reasons

In case you haven’t realised, sobriety is a thing now. And not only amongst devout Muslims, it’s having a major moment globally.

I was raised in a rather liberal Muslim family, where drinking was allowed and practiced. When I remember my university years, I had a great time unashamedly getting drunk with my friends. But retrospectively, I somehow don’t feel nostalgic about that time.

You might be thinking I sound like a spoilsport mum reading this, but actually, I’m 25, child free, and I like to think I’m a fun person. Without even trying to, I’ve become what people now call “sober curious”.

Drinking in general, has become less binge-worthy. According to an NHS study, the proportion of 16 to 24-year-olds, who say they have never drunk alcohol rose from 18 per cent in 2005 to 29 per cent in 2015. And those who do drink, do it less than before.

“Wellness” has become one of the most popular buzzwords in recent years. Although relaxing and letting loose once meant going to the bar, millennials now prioritise self-care above all; which means eating well, exercising and sleeping more.

Whether it’s to live a healthier life, or because of a serious drinking problem, there are many reasons why we’re all starting to ditch alcohol. I asked seven young Muslims to find out why they quit and how sobriety has changed their life.

Tala, 25, Jordanian
“To start with, I just don’t enjoy alcohol as much as I used to and since I moved back home to Jordan after graduating, I just found myself drinking less and less without even realizing it. The second, and main, reason has to do with my health. I lost a total of 25 kilos in the last two years with extreme difficulty and I realized that alcohol was slowing down the process. I began enjoying being on a healthy vibe so much that I just didn’t even feel like ruining it by ordering a drink, especially considering how little I used to drink by the end of it; it just didn’t seem worth it to me anymore. I noticed such a difference in my energy levels (especially first thing in the morning). It has also helped me develop more self control in other things like stopping cigarettes, Juul etc. I don’t really refer to myself as “sober” because I never made a big deal out of stopping since it sort of happened naturally.”

Lamia, 27, Algerian
“The reason I stopped drinking is simple. Alcohol started playing with my brain, my emotions, and my attitude. Honestly, I would say my whole daily hygiene. 2019 was the year it went crazy. From Monday to Sunday, I would be drinking at least one bottle a day. Plus from Wednesday to Sunday I use to go out and to nightclubs and drink hard liquor. On top of it, I love cooking, so every time I cook, I drink wine. But drinking made me become execrable.

When I hit 27, I was on holiday with my ex boyfriend. A day before my birthday, I drunk so much that I got really sick. I came back to Paris and was a total mess. I finally decided to not drink for a week. I noticed I had better sleep, my memory was sharper, my attitude was more positive, I was nicer to people and to myself.”

Ines, 30, Tunisian
“I divorced from alcohol 10 years ago already. Each time I order fizzy water at the bar, I always get asked the same questions, “You don’t drink?” “Why not?”, “So weird”, “You should get one”. But I always say no. I want to be in control of my words and my acts. Sobriety is a form of power for me; my choices are now desired. I’m not interested in that lightness and detachment alcohol gives. I want to live the moments fully. And most importantly, I want to remember them. I’ve become the memory of the drunk people I meet. I don’t judge people who still drink, but I don’t want to look like them.”

Salma, 24, Syrian
“I thought about going sober for years. I used to drink a lot to keep my addictive personality busy. I was going through a lot of horrible things and a violent breakup and used alcohol as a crutch up to a year or two ago where I stopped drinking whenever I’m sad or angry. Although I have a better control over what I consume, for me, the ideal and best thing would be to go completely sober. My mental health is the most stable it has ever been and it’s beautiful and I’m grateful for the work I put into it.

So far I’ve been feeling a little depressed and thought that it’s a good time to start because if I can do it during my hard days then the rest of the time it should be easier but we’ll see, sobriety like healing is a process.”

Salima, 26, Moroccan
“I’m not Muslim, I started drinking when I was 16 and didn’t stop until few weeks ago. My relationship with alcohol was messy, I used it as a self prescribed medicine to cure my anxiety, but I always ended up doing crazy stuff, fighting and embarrassing myself and my friends.

I didn’t remember most of it of course, my friends told me what happened and I’d drink because of the guilt and embarrassment. I’m feeling excited but also scared because alcohol is socially accepted and part of our culture in Italy, where I live, and in the past I’ve tried to get sober but always relapsed. I’m going to therapy now and it has helped a lot, I hope this is going to finally be my liberation from the cage of addiction.”

Khadija, 26, Lebanese
“My reasons for staying sober are pretty straight forward. My body simply cannot break down alcohol efficiently. It’s like a poison that my body immediately rejects. This genetic condition, by the way, works out perfectly for me. Alcohol has pretty unflattering side effects such as weight gain and wrinkles, which the narcissist in me would much rather avoid, so even if I didn’t have an alcohol intolerance, I think I would still steer clear of it.”

Sekou, 27, French-Guinean-Ivorian
“I tried drinking when I was younger. Although Islam forbids me to drink, what really made me refuse was its taste. I hate it, and the smell too! But with time, I got to learn that it was terribly dangerous for our health. The safety campaigns we used to see in France when I was growing up really impacted me. Do you know we can have cirrhosis or a pancreas inflammation at 25? I consider health the most precious thing. I also hate loosing control.” 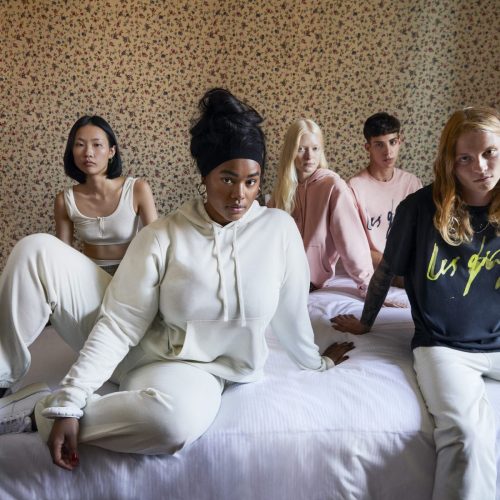 Things Everyone Can Do to Ward Off the Winter Blues 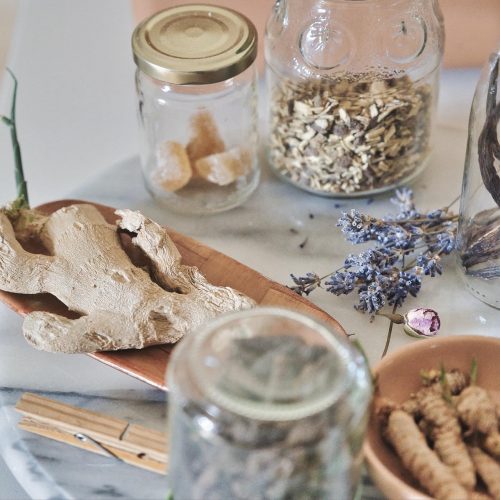 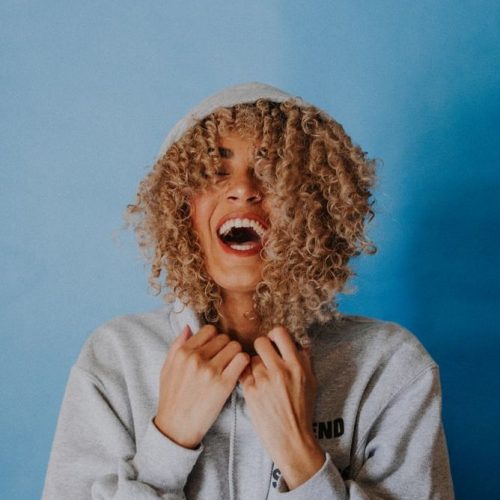 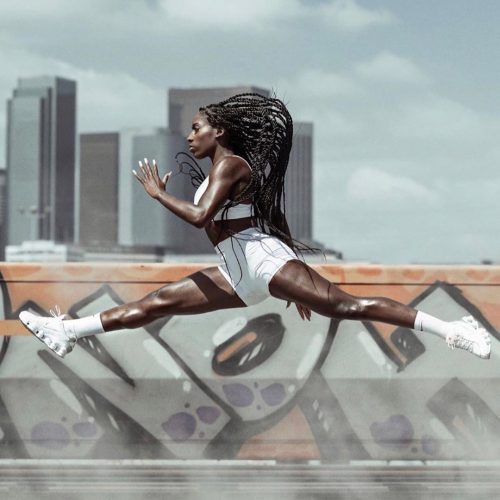 5 Simple Full-Body Toning Exercises You Can Do at Home