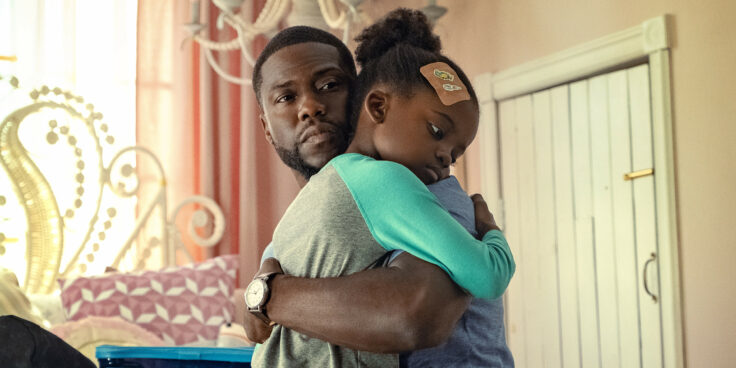 The Upcoming Releases We Can’t Wait to Watch This Summer

It’s about to be a busy season

Summer is finally here and there’s a lot to get excited about. Apart from travel restrictions easing, this summer is packed with major release dates from blockbusters to Netflix originals.

So here are the best upcoming releases you should definitely add to your watch-list.

Kevin Hart tries his hand at a heartwarming drama inspired by his experience as a father. He plays a widower who struggles with raising his new-born daughter. Never gracing the screen without his comedic skills, Hart’s latest film is guaranteed to make you cry with both emotion and laughter.

If you’ve loved the first part of Lupin, you must’ve been counting the days for the sequel. Finally, the wait is over. The new part sees master thief Assane Diop continuing his quest to get revenge on Hubert Pellegrini, while putting himself in danger and risking everything to protect his family.

The hotly-anticipated live-action film featuring Emma Stone as the iconic Cruella de Vil is finally here. The prequel follows the young Estella de Vil in 70s London who aspires to become a fashion designer, eventually turning into the fur-obsessed criminal we know her as.

The title alone is enough to get you hungry, not to mention the array of addictively delicious food you’ll see in the series. Food critic Daym Drops takes a tour around America, unearthing the hottest spots for the freshest and crispiest takes on fried food.

The Conjuring: The Devil Made Me Do It

A sequel to the previous 2013 and 2016 The Conjuring installments, the film follows paranormal investigators Ed and Lorraine Warren as they uncover the truth behind a murderer’s claim of demonic possession.

The World’s Most Amazing Vacation Rentals

This is your ultimate guide to the best vacation rentals across the globe, budget-in-mind and expert tips included. And if you’re missing out on summer vacations this year, the series will definitely give you a daily dose of escapism.

Marvel heartthrob Tom Hiddleston gets his very own show as Loki and we’re absolutely here for it. Spread over six episodes, the series sees an alternate version of the villain facing the choice of being erased from existence due to it being a “time variant” or help fix the timeline and stop a greater threat.

Breaking Boundaries: The Science of Our Planet

Another mind-opening docu-film by David Attenborough, Breaking Boundaries tackles the planetary boundaries we must not exceed, for the stability of our planet, but also for the future of humanity.

After creating an AI internet portal for truth-finding and accuracy-checking in Abu Dhabi, Naseer and Karam have to expose a criminal group and destroy its leaders in order to save Karam’s brother Adam.

The Icelandic series follows the small town of Vik, one year after the catastrophic eruption of subglacial volcano Katla. Dramatic events unfold as mysteries begin to emerge from the ice and disrupt the life of the local community.