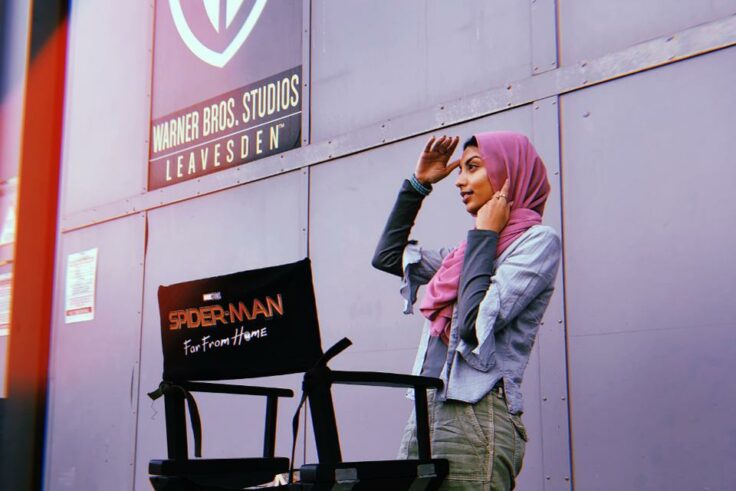 Zoha Rahman’s Hijab Moment in Spider-Man is Everything

Zendaya’s red hair might have caused quite the frenzy as Spider-Man: Far From Home rolled into cinemas across the world, but let us not forget Zoha Rahman, the British-Pakistani actress who made Marvel history as the first hijabi actress to score a role as a main cast member in the cinematic universe.

If you haven’t seen it yet, Rahman plays Peter Parker’s classmate, who joins him on a trip to Europe. And whilst it might seem too small of a role to celebrate; its impact is significant.

Muslim representation is reaching an all-time high. And considering Hollywood’s portrayals of Muslims in the past, a visibly Muslim character depicted as just a normal part of life—a student whose role isn’t defined by ideologies or religion—is a major cause for celebration.

A simple role like Rahman’s is not to be overlooked. It’s a step closer to bringing an end to Muslim actors pigeonholed into archetypal roles that only reinforce stereotypes. They’re deeply influential too.

Rahman’s experience is a testament to the power of representation. As the actress told Forbes, she transformed her career path after watching Spider-Man: Homecoming, where she spotted a hijabi student in the background of Peter Parker’s math class.

“I thought about it for days after that,” Rahman told Forbes, “I was like— I’ve never seen that before.”

Two years later, Rahman found herself more than just an extra, she left behind a career in law to become the first hijab-wearing character in the Marvel universe. And if an extra inspired her to pursue her passion in acting, this means the opportunities for other Muslims are infinite.

Rahman isn’t a full-time hijabi, however. In an interview with BuzzFeed, the actress admitted to only wearing the hijab during prayer. Despite this, no Scarlett Johanssen-esque backlash ensued from full-time hijabi actors.

This is perhaps due to her character’s profound impact, or because the actress did stress her mindfulness in treating the hijab as more than just a costume, and her commitment to proper representation through her involvement in styling her character to adhere to Muslim guidelines.

With the news that the next 007 might be a black woman, Rami Malek stipulating that his role as a Bond villain must not  be linked to terrorism, Ramy Youssef revolutionizing comedy as a Muslim-American, it might be time to admit that Hollywood is finally moving forward.