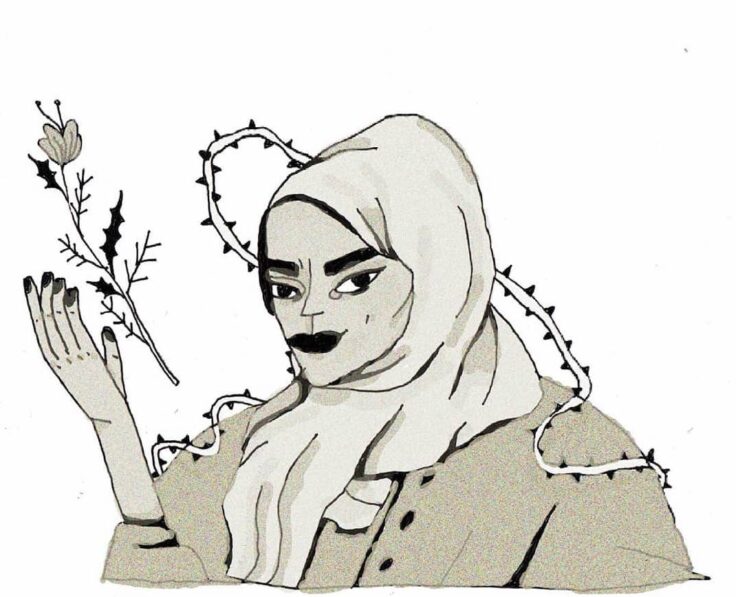 4 Poems to Help You Navigate Your Identity

Maceira on the intimate struggles of a third culture kid

For most third culture kids, who grew up in a country that isn’t their parents’ native home, navigating identity is nothing short of easy. A simple question like “where are you from?” can literally turn in to a debacle. Because although it’s great to link up with different cultures (and merge them to create new ones), it also feels like we constantly have to justify ourselves, which reminds us that we’re neither white enough nor brown or black enough. So the question of “where do I truly belong?” becomes a constant source of confrontation.

20-year-old Kuwait-based American-Cuban-Columbian writer and teacher Carina Milena Maceira is familiar with existential questions exploring this conflicted sense of belonging. Her mother remarried a Kuwaiti man when she was just a kid, and in turn, her Kuwaiti family raised her, while growing up between Miami and Northern Virginia. Now settled in Kuwait, she’s been writing poetry for the past two years, as a way to help heal her traumas. “I’ve written poems on trauma, womanhood, heartbreak, the struggles of multicultural identity, racism; poems that express the chaotic relationship between our mental health and the want to create. I’m eager for when the moment will come that I feel I’ve written out these topics, but it may never happen”, she confesses.

Acting as a form of catharsis, poetry helped Maceira find peace and freedom. “It became my means for coping with every emotion I felt”, she explains. Initially sharing her poems anonymously on Instagram, until she discovered Kuwait Poets Society (a poetry collective that encouraged her to write more consistently and gave her the confidence to share her poems publicly). This move catapulted her to become founding editor of the collective’s zine entitled Ink & Oil—a name she chose “because I wanted to prove to the world Kuwait was so much more than what it was known for, which was our oil”, she says. Maceira is now dedicated to lifting up marginalised voices and engaging honest conversations around taboo subjects; like the rights of domestic workers and forced marriages. We caught up with the young writer and asked her to share four poems to help navigate your identity.

8 strawberries in a wet blue bowl

baba holding his pants
up at the checkpoint

a newlywed securing her updo
with grenade pins

a wall cleared of nails
for the ghosts to walk through”

In Another Dimension I am a Good Daughter by Jess Rizkallah

my Arabic is serpentine/ through dirt/ ready to strike/ yet I slice apple in silence/ as the men speak of revolution/ I offer fruit/ on the tip of a knife/ I pull from my skirt when no one is looking.

help/ to suffer in silence is saintly/ so I won’t have to admit I’d never offer my eyes to god.

An Ode To The Nose by Azin Mafi

Let it dance in calligraphy in the centre of your face
Let it hold the alphabet in Farsi, Arabic, and Urdu
Let it be inside of scrolls and hidden stars

Let it be the sound plucked from the sitar
Let it be wide, humped, hooked,
Let it be steep like the highest peak of Alborz
Let it make me more of me
More of them
More of us

Let it be a reminder, that I am not from this space of linear geometry
Let it other me
Let it make a goddess out of me
Let it pronounce itself first
Enunciate who I am
Let it create circles and curves
Arches, hills, and peaks

Where Our Sentence Ends by myself

The boat rocks in hymns of the same prayers but never the same ending/ countries throw hands proudly, like they were born to do/ the way mothers know one day they will toss a coin and the house will illuminate a promise agreed to by neither signature/ dress hands in gold to show where she comes from, paint her hands in henna and let her know this is where she’ll stay/ a country dancing to too many steps to keep up with/ mama always said her daughter was surely flatfooted but at least she could swim/ if she wasn’t obedient at least she was dutiful/ at least she never minded the amount of times the road split into halves and threes and somehow a question always ended with a new bed/ region/ regime/ another excuse to say no/ to “other” me/ say all of Saudi or all of Iran or maybe just a piece of Iraq, but yet we are Kuwait and for some reason we say it like the sentence, begins and ends there/ like we weren’t once just a home/ a port with boats content with our own damn ripples