Ajlan Gharem is the Artist Changing Perceptions of Saudi Identity

“My work focuses on the balance of power between the individual and the state, and more particularly, on my generation’s ability to create change”, says 33-year-old Saudi artist Ajlan Gharem. Born and raised in the conservative southern city of Khamis Mushayt, Gharem studied Mathematics at university at a time when the Gulf was undergoing rapid development. And today he uses his analytical skills and cross-disciplinary approach to explore Saudi’s evolving society through art, both inside and outside the Kingdom. Last June, Gharem exported his life-sized mosque installation entitled Paradise Has Many Gates to Vanier Park, to Canada as part of the fourth edition of the Vancouver Biennale.

Paradise Has Many Gates, which was first displayed in the Middle East and Europe, made it to Texas this summer and will stay there for two years. With hate crimes against Muslims in the US surpassing the levels reached post 9/11, according to the FBI’s data, Gharem hopes that the Biennale’s bold move to have his mosque installation shown in Vancouver will ignite a cultural exchange between the two communities. 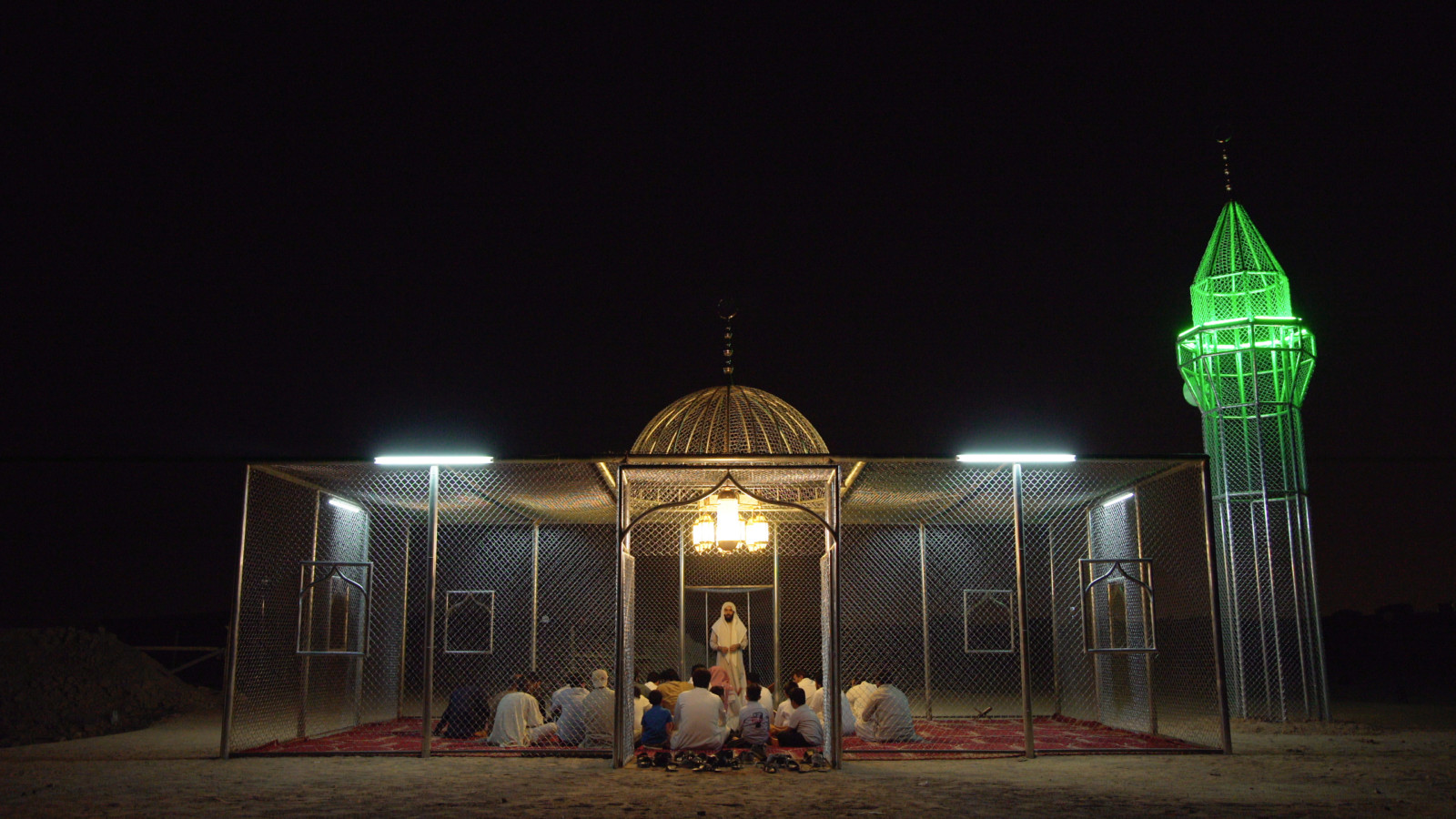 The huge mosque replica—which is Gharem’s first installation work—is made out of the same cage-like material that Western countries use to erect fences along their borders to prevent refugees and illegal immigrants from entering. “The cage structure is commonly used to keep the unauthorized out, or the imprisoned in”, explains Gharem referring to the feelings of imprisonment the installation, despite being transparent, might evoke. Located in a public park, the piece comes to life by immersing the audience within its shell. Together, Muslims and non-Muslims are invited to commune inside the mosque and question their relationship with sacred spaces and reflect on how behaviours can differ between different cultures and generations. “In the Quran, it is said that there are eight gates to paradise”, says Gharem before adding, “the goal is to think about how in our societies, we all can find the gates that will lead us to paradise”.

What profoundly animates Gharem’s creativity is his desire to bring people together and build bridges of understanding. And while he seeks to challenge perceptions of Saudi culture abroad, back home, Gharem is busy trying to give a voice to young artists hoping to spark change. In 2013, with his brother Abdulnasser (one of Saudi Arabia’s leading contemporary artists) he founded Gharem Studio in Riyadh. In a country where until very recently, art was under severe government control, the one-of-a-kind (and low-key) space has made it its mission to give freedom to local artists to create a dialogue. With 50 per cent of the population aged under 30, Gharem is now convinced their mission resonates with the kingdom’s globalized and hyper-connected new generation; and even with the state, as Crown Prince Mohammed bin Salman has committed, in his Vision 30 plans, to empower youth and encourage artists.

Paradise Has Many Gates, Until 2020, at Vancouver Biennale