“Art is propaganda, art is a voice and art is a means to seek change”

If you aren’t familiar with his work, Ali Cha’aban is a name you might want to cosy up to. The Lebanese-born, Kuwaiti-raised artist has been at the helm of a new wave of creatives leading the way for a deeper understanding of what it means to be an Arab.

The 28-year-old—who has found himself knee-deep in the contemporary art world—made a name for himself through his playful focus on the interactions between culture and art. His journey began when he studied anthropology. “I was heavily influenced by cultural observation and fascinated by the means of communication between the masses” he says, recalling his university days. “Studying common semiotics between the populace became the very foundation I base my work upon,” he explains. 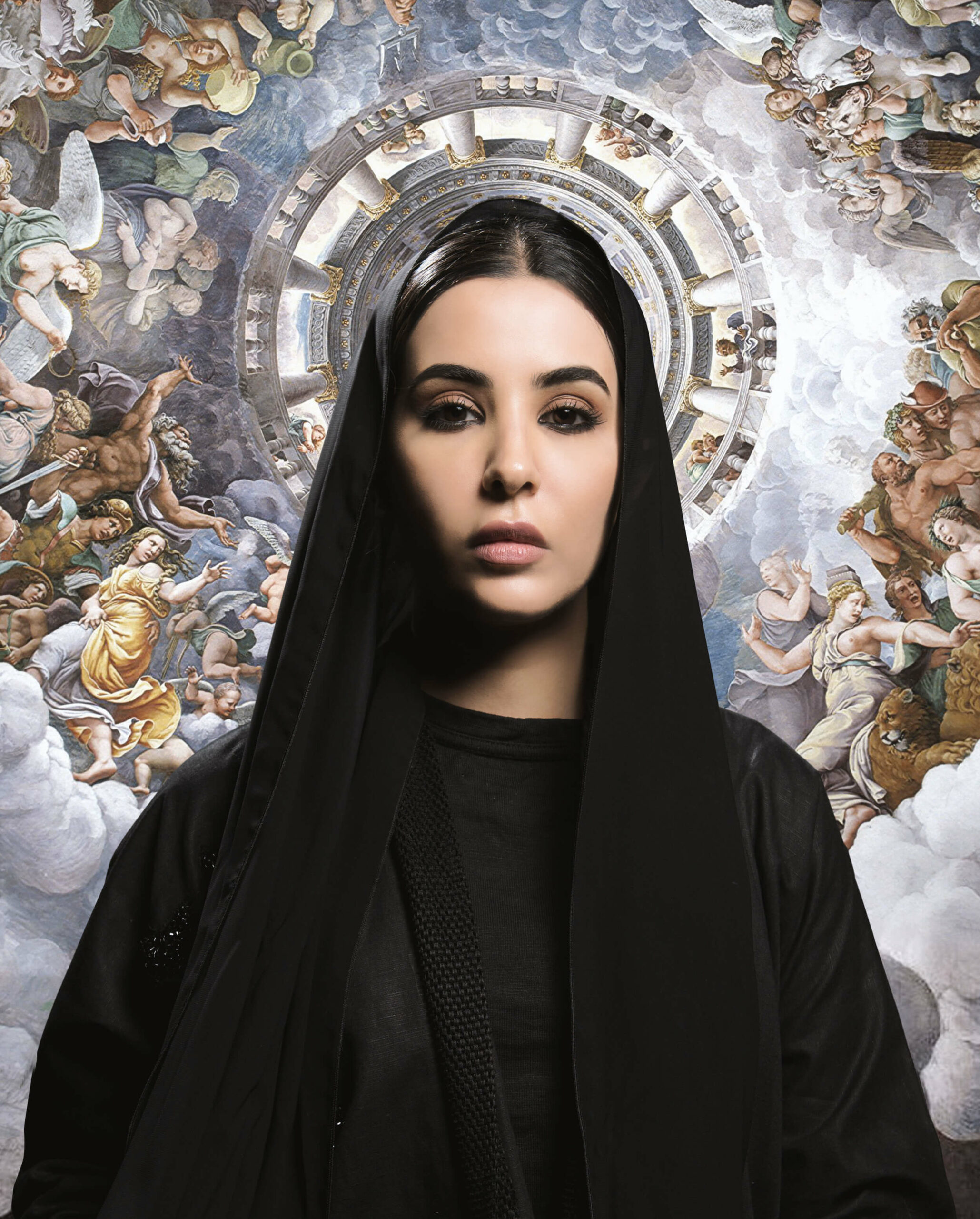 Now based in Jeddah, Cha’aban’s work seamlessly weaves in with the city’s burgeoning scene, holding its weight amongst distinctly Saudi artworks by embodying elements of the larger Arab identity. His latest, a series of works entitled 12PM Class (which was recently unveiled at the Saudi Arab Coucil-held art fair, 21,39) was a nostalgic look into classroom entertainment. With a series of life-size carpet paper planes, Cha’aban questioned  the quality of educational systems throughout the region by encouraging the audience to recollect classroom memories from their childhood. 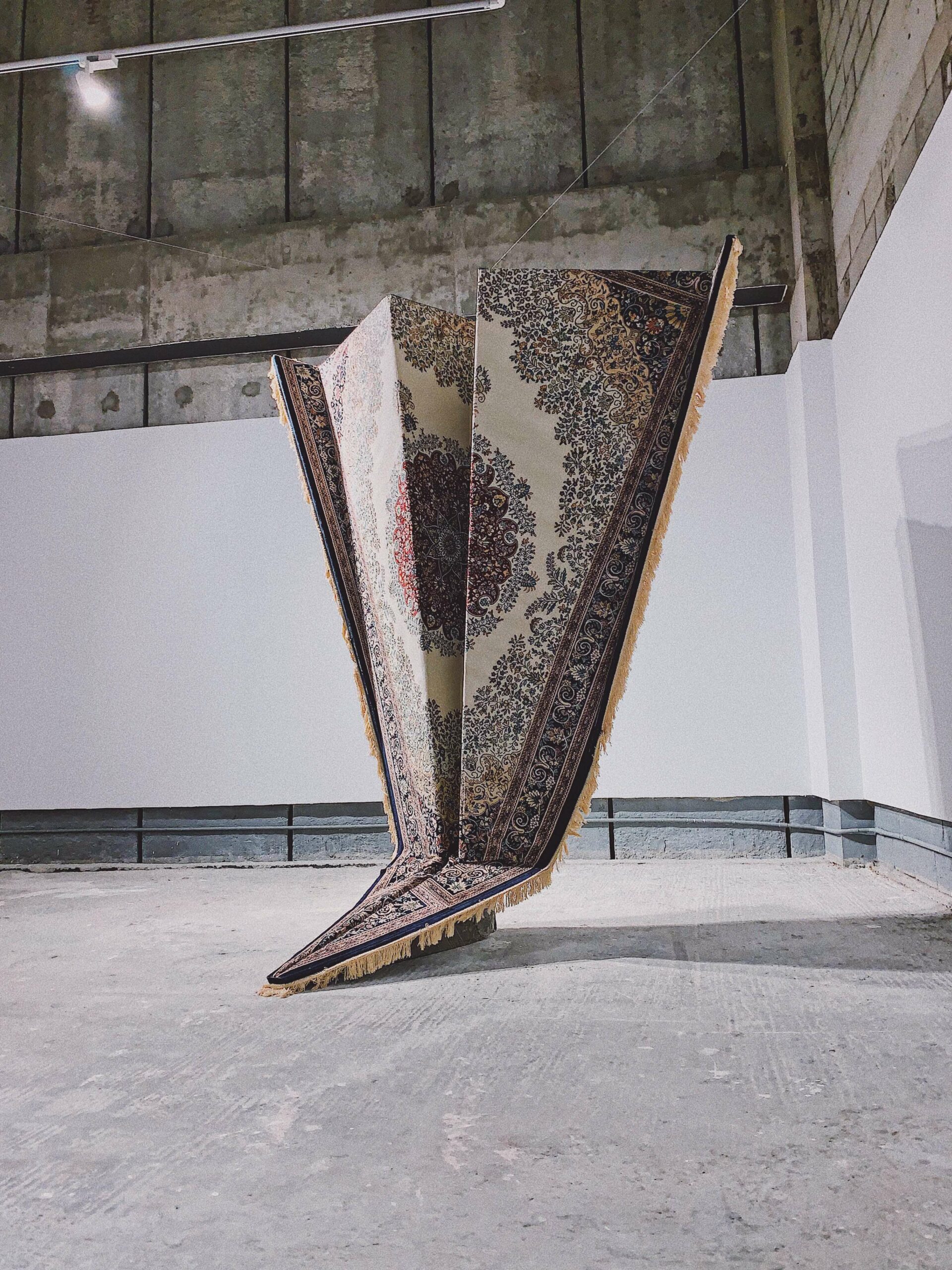 As part of Hafez Gallery’s ultra-successful Al Obtour exhibition, Cha’aban’s series grabbed the eyes of many—including ours. We caught up with him to talk about the harsh criticism he’s faced along the way, and how to make it as an artist.

First and foremost, why did you get into art?
I sought art as a form of social commentary on today’s socio-cultural issues as a mean to express my opinion and beliefs. I felt as an artist I have the responsibility to create a ‘space’ for dialogue, a non-physical platform for a narrative. My primary aim is not to please the audience but to engage viewers in a productive discussion that transcends sectoral boundaries. We as artists decode and record history for the ages. To relive a certain era through our work. That’s what motivates me, to keep creating until you become a reference for someone; an inspiration or an idol. 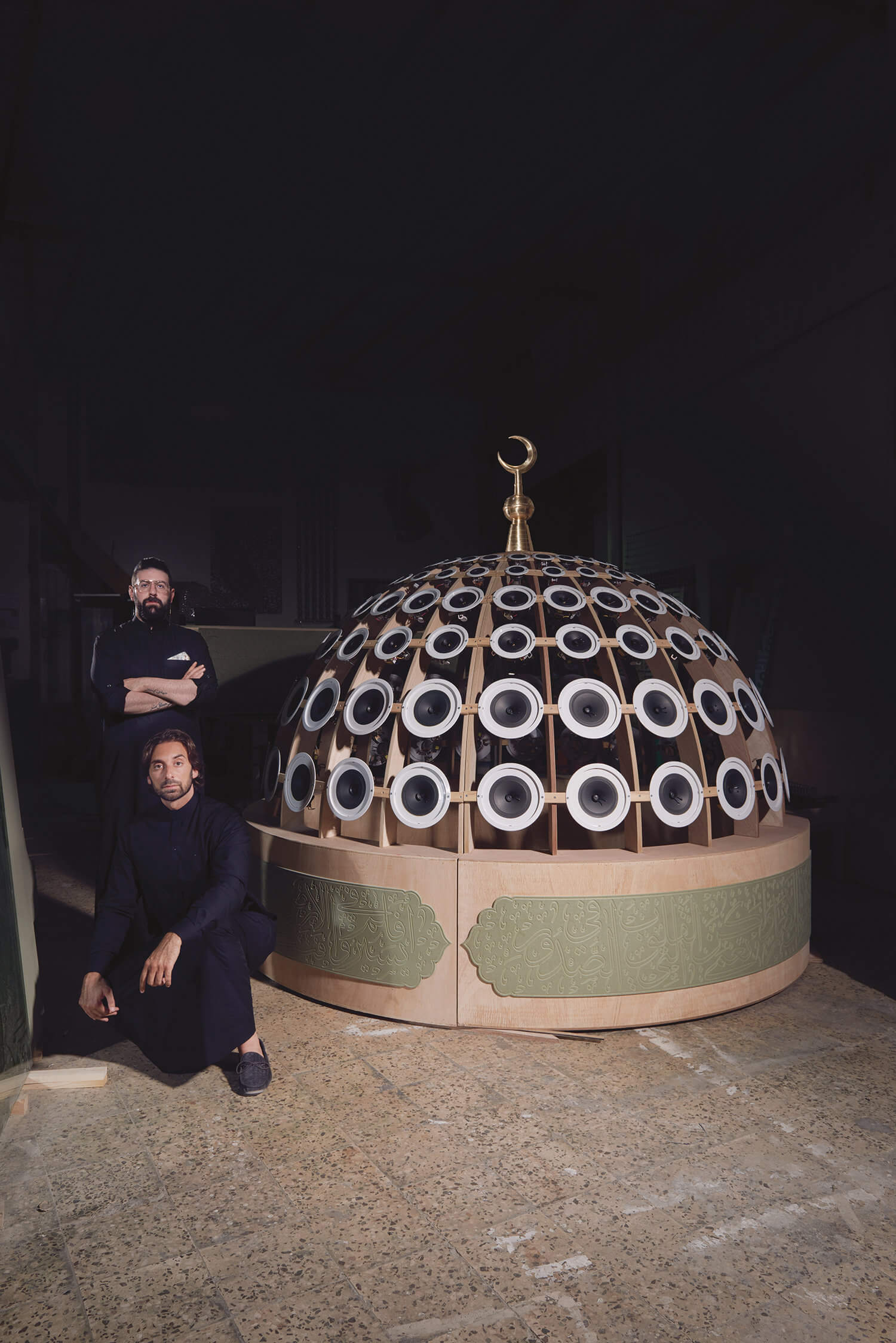 You tend to reference Arab culture in the majority of your work. Why is that?
In my work I like to embark on a nostalgic cultural reverie. The kind that breaks the boundaries on global identity.

It’s a reflection of modern Arab societies, caught between the seductive power of global pop culture and the traditional cultural sphere dominated by religion. Relying on cultural elements is a method of creating work that impacts the viewer by creating an emotional attachment or resentment towards the piece of work.

What has been one of the most challenging moments of your career?
My work was called “depressing” on multiple occasions, because of the desolation of the Arabic identity. 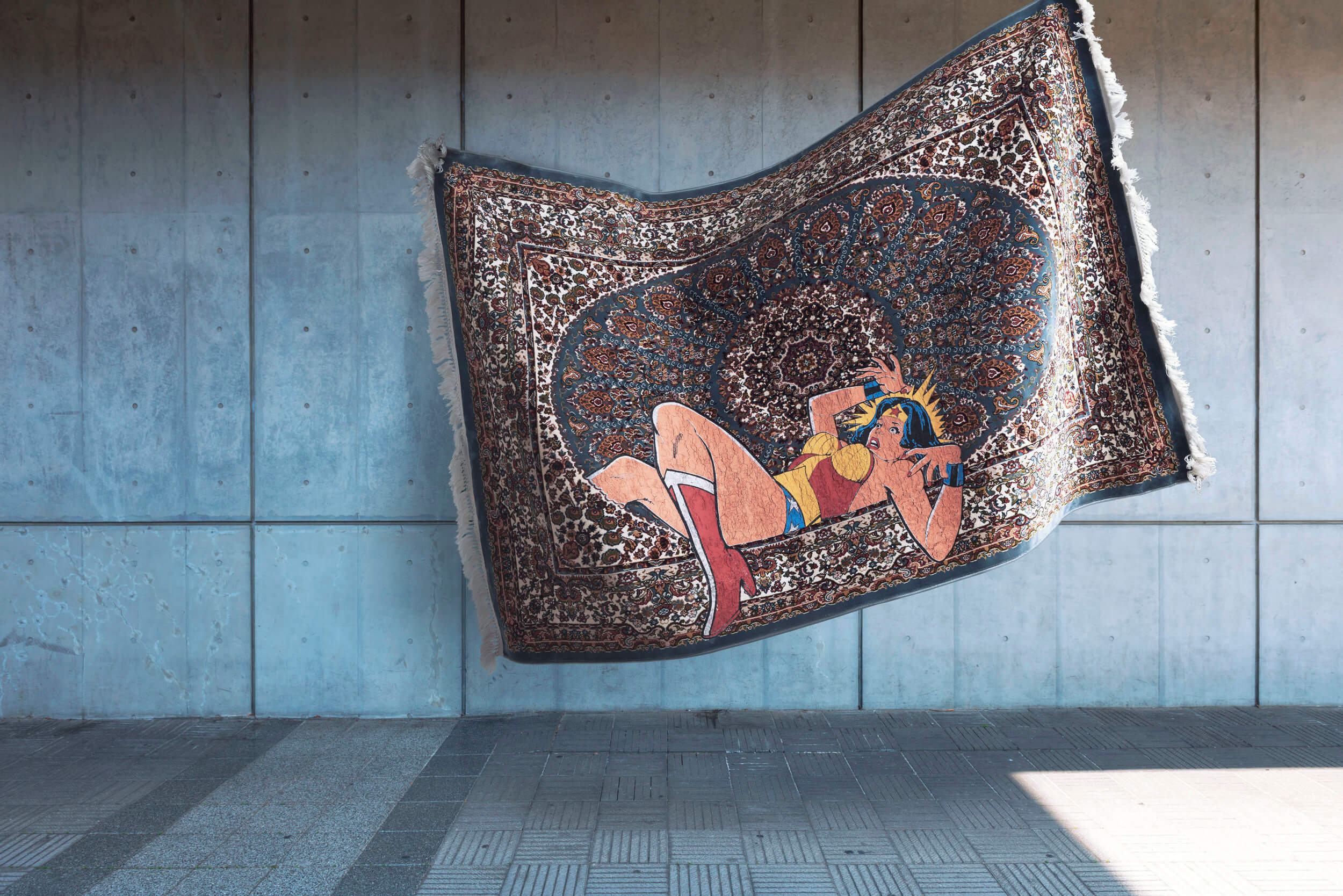 What does it take to make it as an artist?
Art functions as a haven for ideas, art is propaganda, art is a voice, art is a means to seek change. Many artists seek art to voice their opinion in a world that is very problematic. In the age of social media, the need for art is crucial in prompting people to take the appropriate action and to connect the masses under one model of thought. 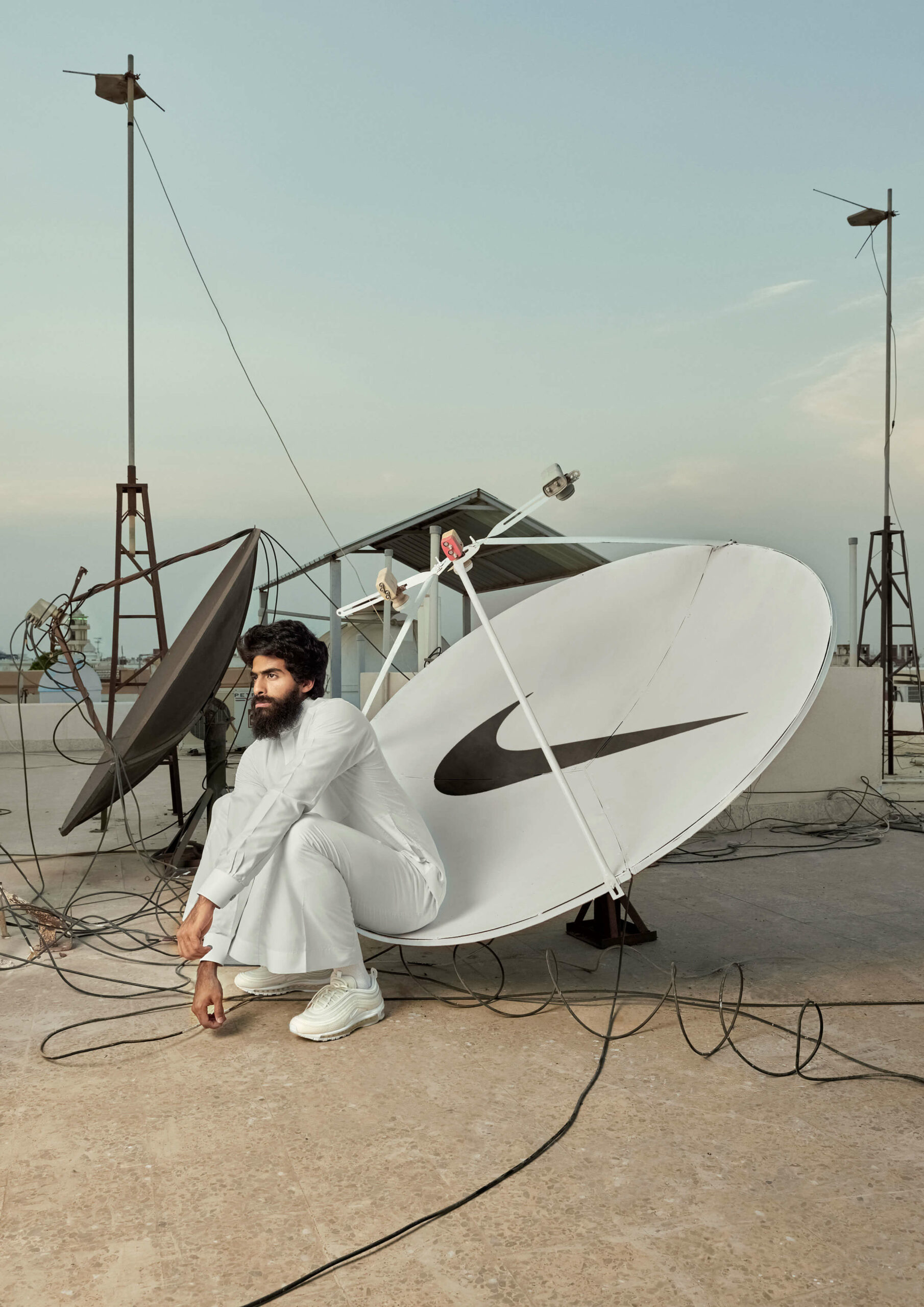 Culture and religion considered, working as an artist in the region can stipulate a certain set of obstacles. How have you managed to navigate them?
Let’s face it, the idea of freedom of expression in the entire world does not come without repercussions. So, understanding that philosophy will help you develop your work with more confidence, if you’re confident in what you convey then the critical response won’t affect you. As an artist in the Middle-East I was able to develop  thicker and tougher skin, because I endured much criticism without being phased, especially when we have multi-layered cultures that don’t necessarily agree with everyone’s way of thinking.

Where do you see Arab art in the future?
The contemporary art scene has raised the bar for emerging artists and designers to create tributes to their culture with an evolving state of mind. I always say that I’m super-proud of my generation. Young Arabs have been creating and producing things that have seriously put us on the map. We have been able to forge an identity for ourselves and an ever-growing aesthetic that defines us. The Arab art scene is slowly generating it’s own notion of the Arabic Renaissance, paving a visual identity that will be discoursed in decades to come both academically and historically.