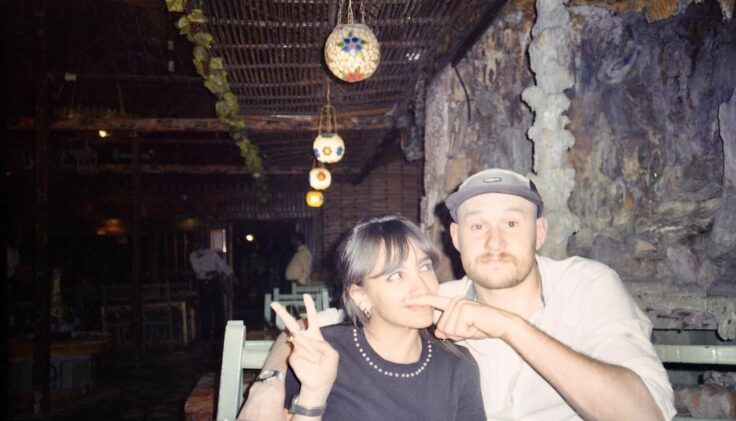 How I Became Middle Eastern: Chronicles From the Not So Arab Arab

Finding a new home away from home

Trying to navigate through the streets of Cairo can be intimidating. Especially if it’s your first time like me. The narrow streets coupled with the noise and cars passing by at all times isn’t necessarily everyone’s cup of tea. And it’s not really mine either to be honest. But my path led me to bump into someone here that knows the city quite like no other. Better than any born and bred Cairene and that will always manage to plug you with whoever or whatever you’re after. He’s called Yusha and you’ve probably figured out from the name already, he is by no means at all Egyptian and let alone even Arab.

I met the English-born Turkish-Irish origin and now converted Egyptian, in my first week upon stepping foot in the country. I was fresh off the plane and I was still excited at the idea of blazing under the scorching heat of the sun halfway through October.

I met Yusha in one of Cairo’s most emblematic of places: Horreya. It’s a landmark institution around here that everyone knows of. From the grumpy grandpas to the lost expats, everyone there gathers around a fresh cold Stella (the local beer) or for the more sensible ones a glass of Coke. Having heard about the spot earlier on that afternoon, I had to pay it a visit myself.

Yush/Yass, sounds quite similar doesn’t it. That’s what I thought too and that’s how I got into the conversation to begin with. He starts telling me about who he is and what he does here. But I was curious yet confused when he told me that it had been almost 10 years that he’d been calmly cruising through Cairo’s seemingly never-ending chaos.

“I never thought I would come to Egypt to settle. But as people say, Cairo has a funny way of keeping you here. My father’s Turkish legacy always peaked my interest and it naturally led me towards this region of the world. From one job offer to the other, I thought why not. And until now Egypt is basically half of my life” He told me.

Although he is from a mixed background, you could describe Yusha as “white-passing” bloke. From first sight, you’d think that he’s from a three-syllable town in the middle of a rainy county in the UK. The one’s that reek of not-so-subtle racism and that suffer from a serious lack of open-mindedness. But he was literally the total opposite. Yes, he might be from Stoke-On-Trent but the man mastered every single intricacy of Egyptian culture like he was born into it. Not to mention his level of Egyptian Arabic, Yusha can love and hate in masry, and if it wasn’t for his looks he’d get away with it.

“There’s a greater sense of community here. Egyptians seem to focus more on what brings people together rather than what makes them different. When I talk to anyone here in Arabic, they immediately assume that I’m Syrian, Jordanian or Lebanese. And it happens all the time. It’s always asked from a good place but I guess that with so much time spent here I’m basically the closest thing to a local. Or at least that’s what my friends tell me.”

“In all honesty I do feel Egyptian. Egyptian in the sense that I understand everything and I know why things are the way they are without necessarily agreeing with them all the time. I’ve been here for such a long time that I’ve noticed changes and feel part of Egypt. But that doesn’t take away from the differences there are and that’s starting from the fact that I hold a red passport instead of a green one.”

And that’s something that also resonates with me. I am Moroccan, but having spent most of my life outside of it, what does that make me? But that’s enough identity politics for today, that’s a conversation to be saved for another time.

Through determination and courage, and sometimes at the price of his own mental health, Yusha fully immersed himself in what now feels more home than home. Happily married to a gorgeous Cairo-born and Kuwait-raised wife called Manar, not much separates him from his local mates. Although they do tend to say that he can be a bit “too-Egyptian”, whatever that means.

He can’t remember the number of times when back home (in England this time to precise) where he recounts bumping into someone at the pub and apologising in Arabic. Or putting his hand up to his heart when refusing something to someone. So many tiny details that do work as evidence of his so-called “Arab-ness”.

“Even my tastes have changed over the years. I grew up with Europe’s classic culture, understand Greek, Roman or even French. But I discovered a whole new world and understanding of art, aesthetics and academia that I think I have taken on throughout my time spent here.”

At the end of the day, these are just titles or a bunch of patriotic feelings people like to seek refuge in. Without sounding to cheesy, home is where the heart is and Yusha really does live up to that statement.