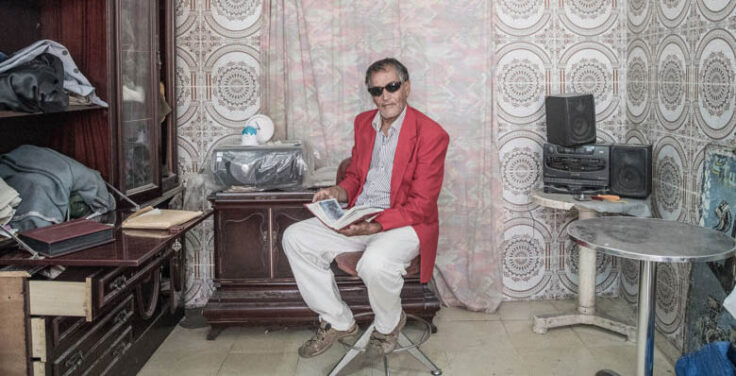 The Moroccan photographer celebrates the art of photo studios

Mehdy Mariouch’s photography champions the working-class communities of Casablanca, celebrating the beauty and delicacy of daily life and routine. His series range from life in a hammam to the construction workers of L’Uzine, mainly all shot in portrait-format.

Although his images are mostly staged (and seated), the intimacy and immediacy of the portraits capture the personalities of his subjects rather than being projections of his own artistic vision, although the construction of the photographs themselves are inherently creative in their simplicity. 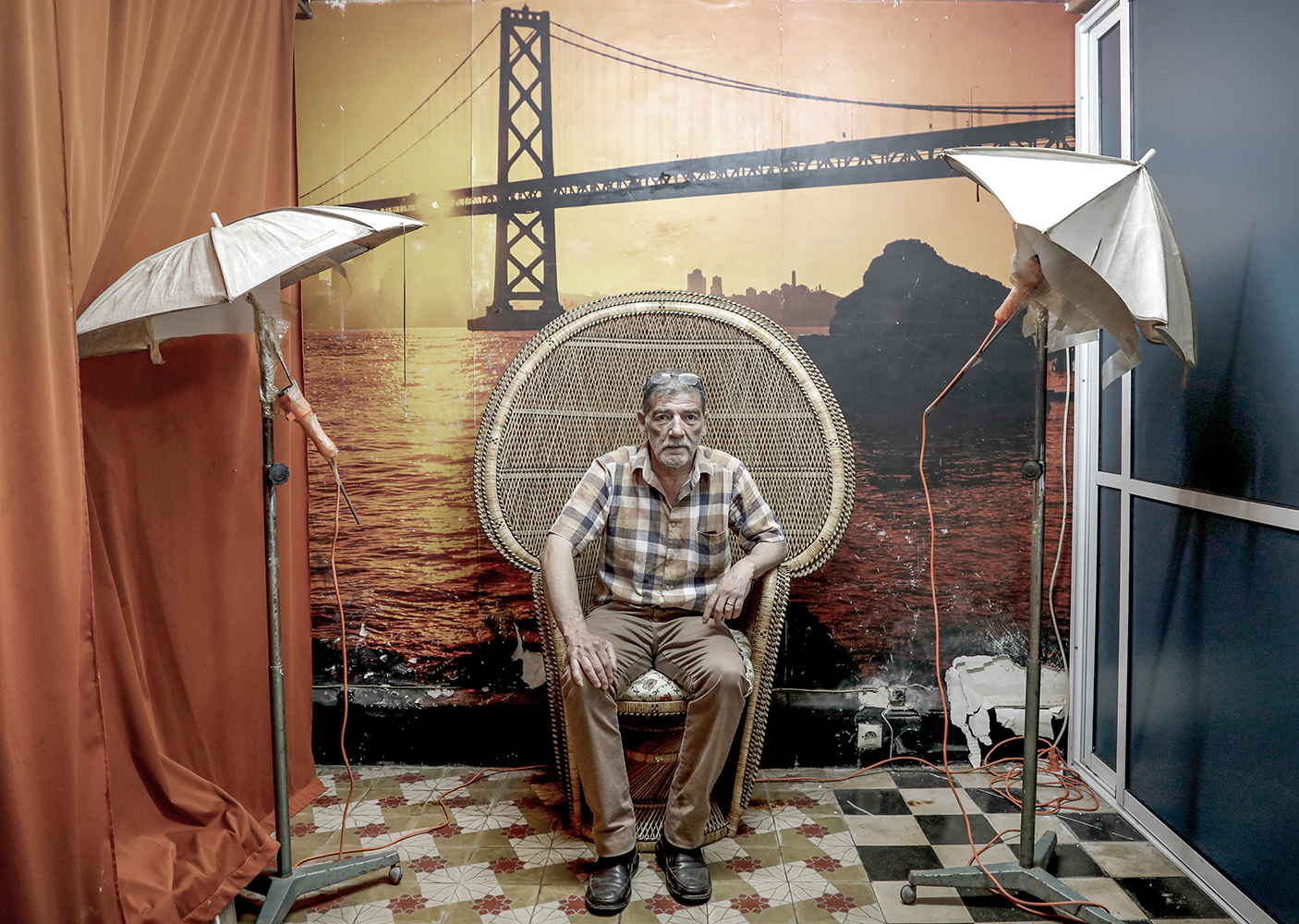 Mariouch’s ongoing project ‘Studios’ is a prime example of this. Subverting the idea of photography’s authorial voice, Mariouch’s turns the lens on Casablanca’s studio photographers, capturing them in their studios in the style of seated portraits. All of the men look directly into the camera, with varying degrees of comfortableness.

Behind them are elaborate sets — heavy draped curtains and extravagantly potted plants setting up royal court, whilst other studios imitate a tokenised Morocco with romantic stone backgrounds and gilded frames. Most interestingly, some have tourist scenes printed onto a background canvas, one being San Francisco’s Golden Gate bridge, enabling their subjects to pretend they are far from reality (specifically, in the West).

There is something inherently regal about all the portraits, the pride in which they sit, emulating the integrity of studio photography’s long tradition. Within their studios, these photographers are creating their own world, and—for an often very small price—are allowing people to share this space, capturing a still fantasy far from the movement of their day-to-day lives. 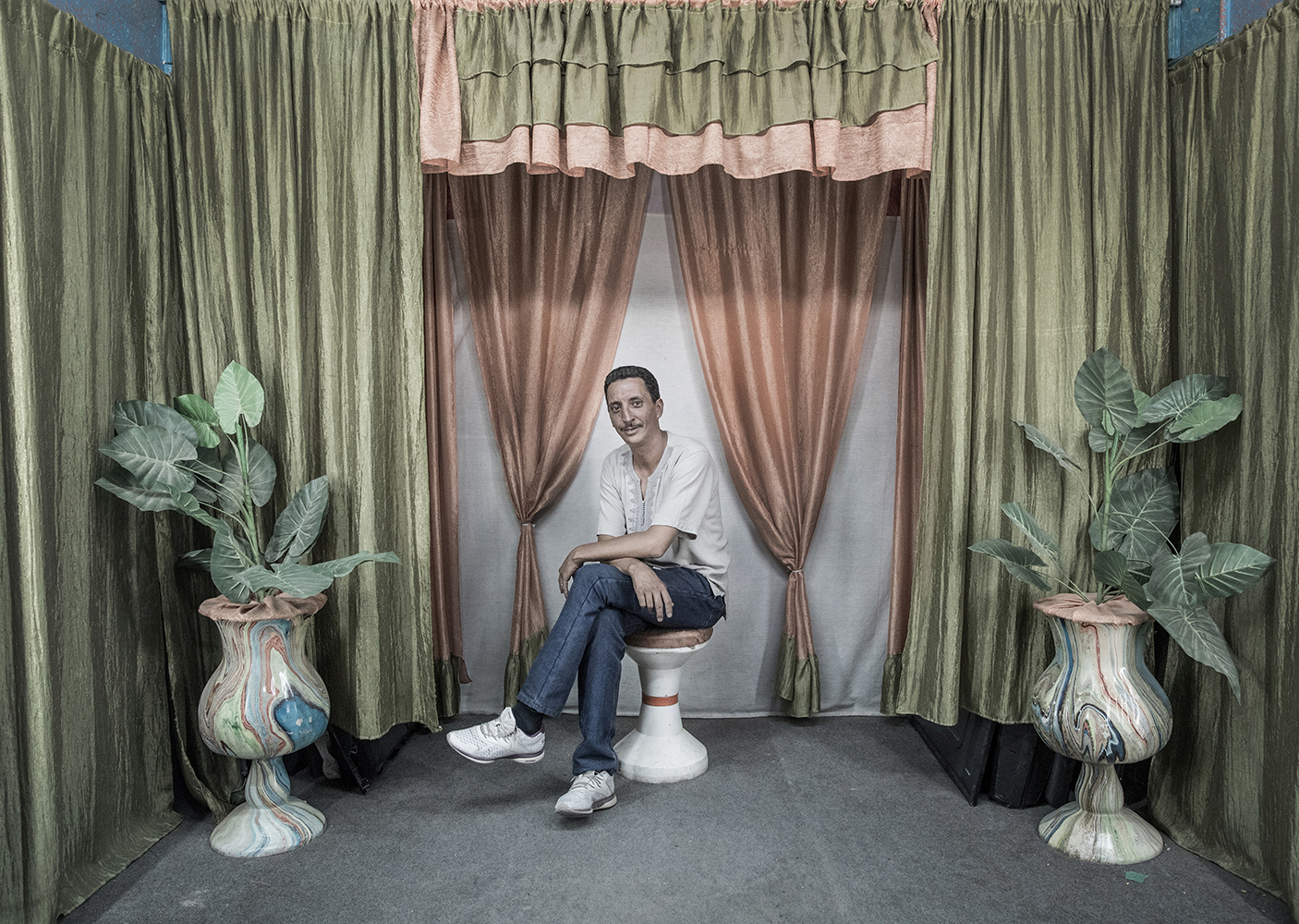 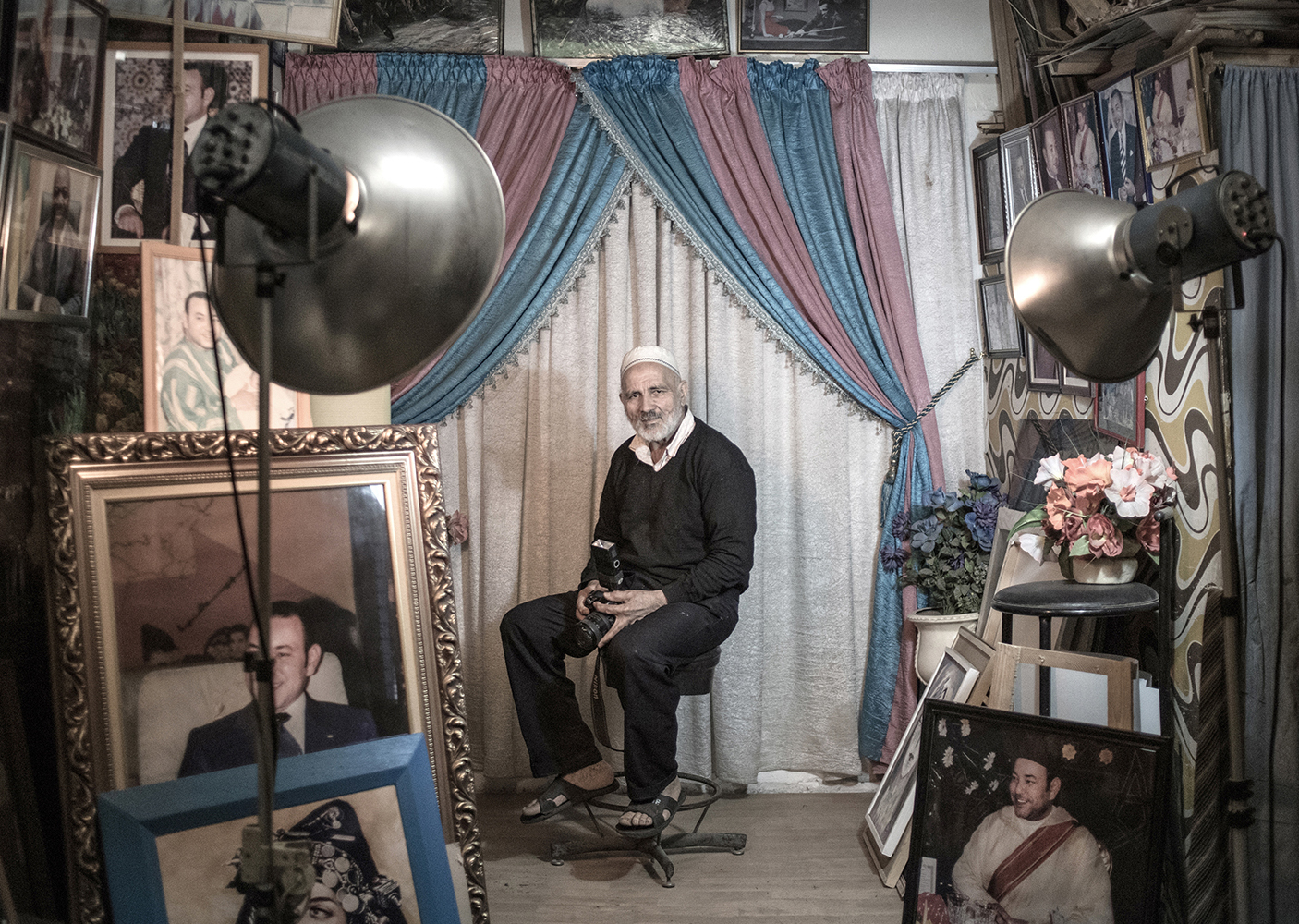 Mariouch’s portraits encapsulate this desire for fantasy with great sensitivity, and at MILLE, we can’t wait to see what he captures next.