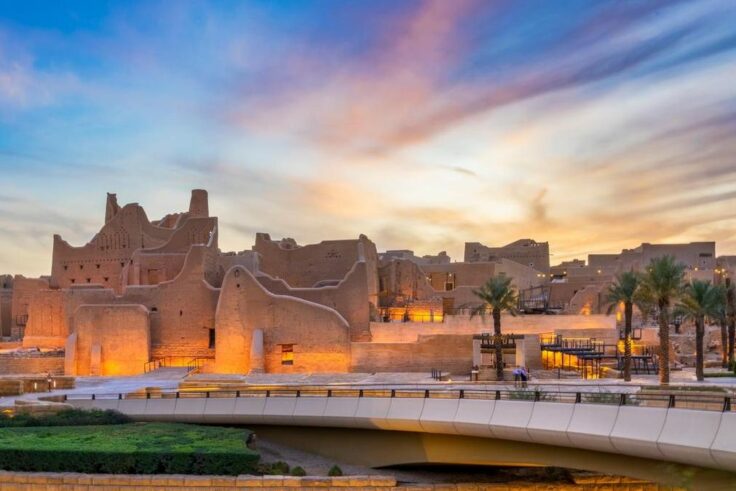 Can anyone stop Saudi Arabia from becoming the region’s next cultural capital? The Kingdom seems to be racing on a fast track and any effort to halt their ongoing endeavors would be quite difficult to imagine. It’s certainly something to celebrate, though.

When it comes to the arts in particular, the Kingdom is pulling out all the stops. Saudi officials have just announced that the country will be hosting its inaugural Ad-Diriyah Biennale set to launch this December and run up until March 2022.

For its debut, the contemporary art event titled “Feeling the Stone”, is inspired by the Chinese folk expression “crossing the river by feeling the stones” which refers to the pragmatic responsible action one can take towards a personal aim or goal.

Coined in the 1980s, the saying is here reappropriated and brought up to date to dominate the festival’s main narrative and ethos this year. Putting this spirit into artistic practice, the exhibition has invited nearly 70 artists from across the globe to draw on six adjacent matters including memory, preservation, cultural transmission, social engagement, the Anthropocene as well as the spiritual.

In line with Saudi’s 2030 Vision, a framework designed to turn the country into a cultural power hub, the Biennale will be held in a 20,000 square meters space located in the creative district of JAX in Ad-Diriyah.

Aya Albakree, CEO of Ad-Diriyah Biennale Foundation claimed that “Saudi Arabia’s first art Biennale is an important milestone and builds on the unprecedented cultural transformation underway in the Kingdom,” only reinforcing the country’s will to firmly keep on following the path they are already arduously pursuing.

Inspired to create and innovate, the event will also be gathering an international team of world-recognised curators including Wejdan Reda, founder of the Sahaba art consultancy; Shixuan Luan, curator at UCCA as well as Neil Zhang, assistant curator at UCCA.