The Bollywood film industry is thriving, and it has been for a very long time—with the first movie having been released as far back as 1913.

Today Bollywood is the second highest grossing movie industry after Hollywood, with hundreds of films released every year and an expanding list of actors like Shah Khan, Aishwariya Ray and Priyanka Chopra rising to fame off the back of these ultra-dramatic cinematic classics.

MILLE rounds up some of our favourites. 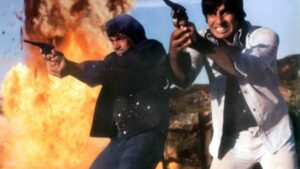 This 1975 drama is a must-watch, especially for those who love a good police chase. The film is centered around a police officer on a mission to catch his family’s murderer. He recruits two violent convicts to help him snag the criminal – we won’t spoil the rest. 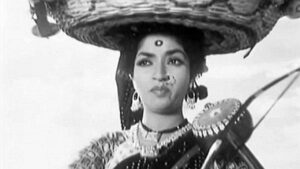 Directed and starring V. Shantaram, Do Aankhen Barah Haath became an instant classic upon its release. The 1957 drama even won a Silver Bear at the Berlin International Film Festival. The story follows a jail warden’s journey in rehabilitating six murderers set to be released on parole. Set on an isolated farm, the film takes on numerous themes centered around human psychology and morality. 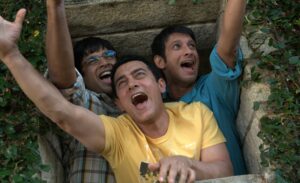 Starring Aamir Khan, 3 Idiots is a coming-of-age tale about two college friends on a quest to find a long-lost friend. The film follows their journey, the obstacles they face, and takes you on numerous trips down memory lane, ultimately leaving you with a smile on your face. 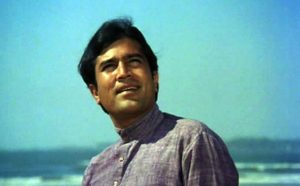 Anand is another Hindu classic that you need to watch if you haven’t already. The film tells the story of Anand, a terminally ill patient who makes it his mission to live life to the fullest. It’s told from the perspective his doctor, Dr. Bhaksar, who goes on to write a book on his ill-fated patient that eventually wins him a literary prize. 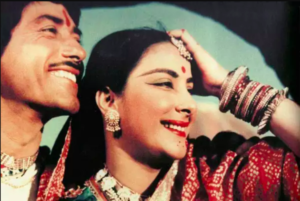 Mother India is still considered to be one of the greatest Hindu films of all time. Set in a poor village, the film follows the rich story of a poverty-stricken woman, Radha, who does anything possible to raise her sons on her own since her husband is no longer in the picture. The film made waves at the time of its release for its portrayal of Indian society and went on to win numerous awards, and even scored an Academy Award nomination for Best Foreign Language film.