5 of the Region’s Best Horror Movies

From spine tingling to hilariously bad

Arab cinema is better known for its dramas than its horrors, but the regional film industry also has a fair share of super scary productions—mostly playing on one of the most ingrained superstitions in the region, djinns.

In the past, productions have been pretty low budget. But despite the technical and financial limitations, some directors have managed to pull off a couple horror films that tick all the right boxes. On the other hand, a lot of the movies didn’t do so well and their cinematic failures have turned them into instant cult classics.

In recent years, modern horror movies like Djinn and Kandisha have made us excited for what the future holds in the world of Arab horror movies.

We’ve picked some of our favourites—perfect for your next movie night. 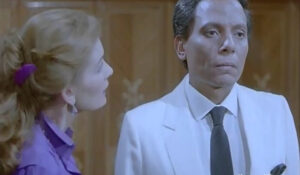 Perhaps the most well known on the list is Mohammed Radi’s Al Ins We Al Jin, which literally translates to ‘Man and Demon’. The movie was released in 1985, starring regional favourite Adel Imam. Despite typically playing in comedies, Imam pulled off his role as Galal Sultan, a shape-shifting demon trying to pass off as a travel agent. Galal falls in love with a woman who just returned to Egypt from America and the film follows him as he tries to convince her not marry her fiancé all the way to the her exorcism. The film certainly has its corny moments, but despite the clichés, it’s must-see. 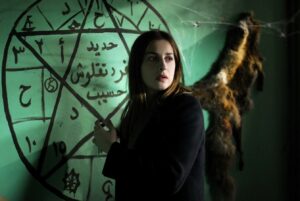 Kandisha is definitely one of the best horrors to come out of the Arab world. The film is centered around a Moroccan legend known as Kandisha—a demonic spirit that has preyed on abusive men since the 14th century. Following the killing of a man, his wife is accused of the murder, and the story begins when a well-respected lawyer decides to take on her case and defend her. Starring Amira Casar and Said Taghmaoui, the film will definitely keep you hooked from beginning to end. 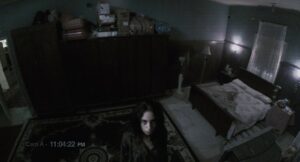 Horror films based on true events make them all the more scary – and such is the case with Warda. The 2015 film was praised by viewers and critics alike for its authenticity, as it managed to incorporate all the necessary elements of a horror without replicating Hollywood plots, all the while being reflective of Egyptian society. The film trails the story of Walid, a video blogger who returns to his hometown after his father’s death and begins documenting supernatural activity taking place. 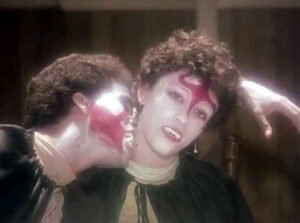 Less scary and more creepy is Anyab. The 1981 film, directed by Mohammed Shebl, is definitely one of the reasons Warda was praised for its authenticity. This film is essentially a replica of The Rocky Horror Picture Show, with a practically identical introduction scene. Starring two virtually unknown Egyptian actors, the horror musical is equal parts bad and good… or more accurately, it’s so bad that it’s actually really good.  Trust me, the ultra-creepy make-up, badly executed 70s costumes, and the occasional animated thought bubble will make this worth the watch. 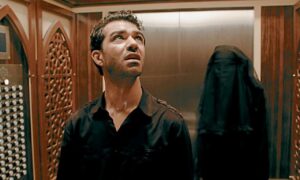 Set in the UAE, this supernatural thriller made quite the buzz in 2013. The film premiered at the Abu Dhabi Film Festival in 2013, and quickly began to make headlines. The plot trails the story of an Emirati couple as they move back to their homeland, only to discover that their new apartment was once home to a demon that’s now looking to reclaim his land. Strange happenings start to take place, taking a toll on the couple—especially considering that they’ve just had to bury their first child.