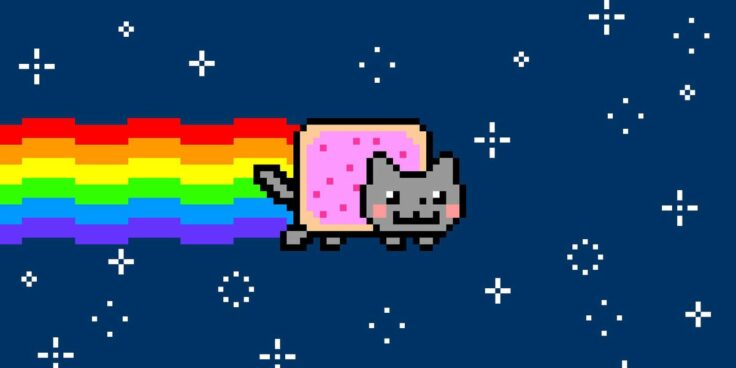 Why NFTs and Crypto Art Are Suddenly All Over the Internet

It feels that overnight, we went from never having heard of NFTs to the subject being splattered all over our timelines. Whether it’s your favourite local artist, Grimes or Azaelia Banks putting up digital art for sale recently, there’s a burgeoning market for NFTs. If you’re perplexed, you’re not alone.

To start, the acronym NFT stands for “non-fungible tokens.” Think of it as cryptocurrency, except it’s not fungible—meaning, unlike everything else on the internet, it is impossible to replicate.

NO IT DOESNT MATTER THAT U CAN JUST SCREENSHOT IT BECAUSE YOURE NOT ACTUALLY BUYING THE JPEG YOURE BUYING A NON-FUNGIBLE TOKEN AND THE JPEG IS MERELY THE VISUAL REPRESENTATION OF THAT TOKEN BESIDES U COULD TAKE A PHOTO OF THE MONA LISA TOO, YOU KNOW, WHATS SO SPECIAL ABOUT ATOMS? pic.twitter.com/aPVm9dE6Ld

The technology allows a person to claim ownership over a digital asset which lives on a blockchain (a type of database where electronic information like Bitcoin transactions is stored). But unlike Bitcoin, NFTs contain specific information that cannot be altered, making each NFT unique.

In simple terms, think of NFTs as digital collectibles. So no, you won’t be able to hang NFT art on your walls. There is one major benefit to NFTs though, artists can make sure that they’re always paid for their work.

Naturally, it didn’t take long before artists picked up the digital format as a major revenue source, hence the phenomenon growing in popularity recently. But whilst you’ve probably heard of the million-dollar NFT transactions as of late, the rise of crypto-art could be game changing for artists’ careers.

NFTs can still be sold and bought, but artists can embed terms of automatic resale commissions, meaning, even if the artwork is eventually resold by a buyer, the artist will still receive a royalty of the sale.

This week alone, Grimes sold around $6 million worth of digital artwork in an action, including a video called ‘Death of the Old’ that sold for $389,000, and 700 copies of two short films titled ‘Earth’ and ‘Mars’ for a total of $5.18 million. A crypto art rendition of the 2011 Nyan Cat meme sold for $590,000 in an auction, Azaelia Banks jumped on the bandwagon with an explicit audio tape that sold for $17,000, and Twitter’s Jack Dorsey is auctioning off the world’s first tweet as an NFT.

Needless to say, the possibilities are endless.