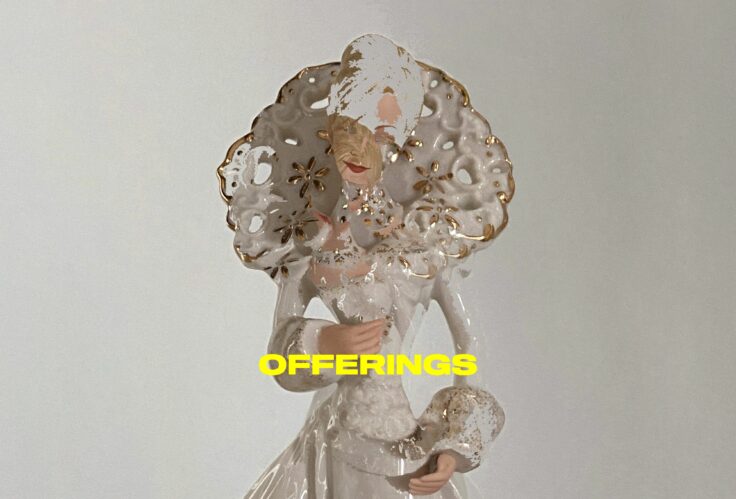 “I was born and raised in Zahlé, Lebanon”, declares Andrew Makadsi, who has come a long way since then. Now based in New York City, the Emmy-nominated art director—who is best known as the driving force behind Beyoncé’s visuals—has even more up his sleeve.

When he’s not directing Queen Bey’s world tours or music videos, Makadsi produces his own music—inspired by his Arab roots, of course.

“My dad has an amazing voice; he would always sing around the house. My relationship with music started there” he explains. Three years ago, he decided to move into music properly, using it as a way to reconnect with his roots (spurred on by a random warehouse party in Paris, of course).

“The DJ was playing a tech house and techno set and all of a sudden I heard an Arab horn, the zammour, with a techno beat and I freaked out,” he says. “My friends who were with me at this party were French and American and didn’t understand my excitement. But this DJ inspired me to revisit my archive of Arab classic songs.”

Since then, music has become an integral part of his creative output. During his downtime,  Makadsi began spending time “unlocking the mystery of the audio software and hardware”, as he puts it. Having cultivated a signature sound, Makadsi has now taken to using everyone’s favourite Arab pop anthems as inspiration, and even more often, sampling them. “I [also] love to sample the hottest Arab radio hits and mix it with my favourite house and techno beats,” he adds.

For the last two months, while under a state-mandated lockdown in New York, the young artist decided to release a new set. “I was inspired and wanted to create a set, so me and my friends can listen to and dance in our living rooms via Facetime” he explains.

Entitled ‘Offerings’, you can listen to it here.