While most of us were too anxiety-ridden before our college graduations to make any huge decisions, Yasmeen Mjalli made the spur-of-the-moment decision to leave her life in North Carolina behind and move to her native Palestine.

Unbeknownst to her at the time, the 21-year-old art history major would go on to start a major social movement right in her hometown of Ramallah—sparked by the incessant sexual harassment she faced on the streets. “I started experiencing a variety of social injustices on a daily basis,” said Yasmeen,“I love Palestine, but it is undeniable that we have a very complex web of socio-cultural and political injustices and it was starting to affect me in a really serious way”.

She took her frustrations and transformed them into activism. “I wanted a community and support system so I built one” she told us. With her label, BabyFist Denim, Mjalli created pieces adorned with empowering slogans—all locally manufactured right there in the West Bank and Gaza with a portion of the proceeds benefitting the Palestinian Working Women Society for Development.

The label began with the creation of a denim jacket with the phrase ‘Not Your Habibti’ embroidered on the back, and soon grew into a fully-fledged movement that petitioned for gender-equality in Palestine and across the Arab world.

Mjalli is now in the midst of her latest project, The Typewriter Project—an open dialogue platform collecting the stories of women with the goal of tackling taboos in Arab societies.

We caught up with her to talk about moving to Palestine, activism, and the Typewriter Project. 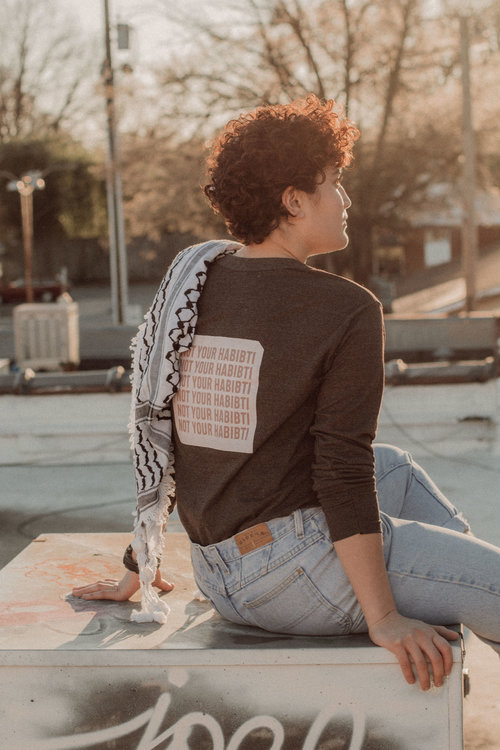 Why did you move back to Ramallah from North Carolina?

I never intended to move back, honestly. Towards the end of my academic career, I grew more and more interested in contemporary Palestinian and Arab art. It was inspiring and vindicating for me to see so many other Arabs creating something beautiful and trying to figure out their place in the world.

I used to be really confused and actually hated my Arab identity for so many years. Seeing artists create a dialogue about the intricate beauty of Arab and Muslim identity was an awakening. It pushed me onto a journey to analyze my own identity as an Arab- American. I wanted to figure out what that meant, so I felt like the best way for me to begin that journey was to move to Palestine and work there.

Did you ever think you’d end up becoming an activist?

I never thought I would be an activist and was never particularly involved in politics or social justice growing up. I didn’t even claim feminism until the last year or so—and not because I didn’t want to. I was never exposed to it.

Once I got out into the world without the distraction of university, I was able to start analyzing the things that were shaping and bothering me. It turns out, gender-based issues were something that affected me my whole life and I was angry about it.

How do you define activism? Especially today where it seems to manifest itself in so many different ways.

In today’s day and age, there are so many types of activisms and so many tactics for activism. An activist is someone who seeks positive change but targeting a particle injustice, drawing attention to it, and starting/contributing to a dialogue about it.

How do fashion and activism work together for you?

Fashion is a really powerful tool for activism. It’s so symbolic to reclaim the female body this way. After enough harassment, so many women stop choosing their clothes for personal expression and instead use them as a tool to minimize attention and harassment. I wanted to create something that would reclaim fashion as a tool of expression and comfort with the body and self. A jacket is something that makes a statement and starts a conversation. It belongs to a community who believe what you believe and fight for what you fight for. 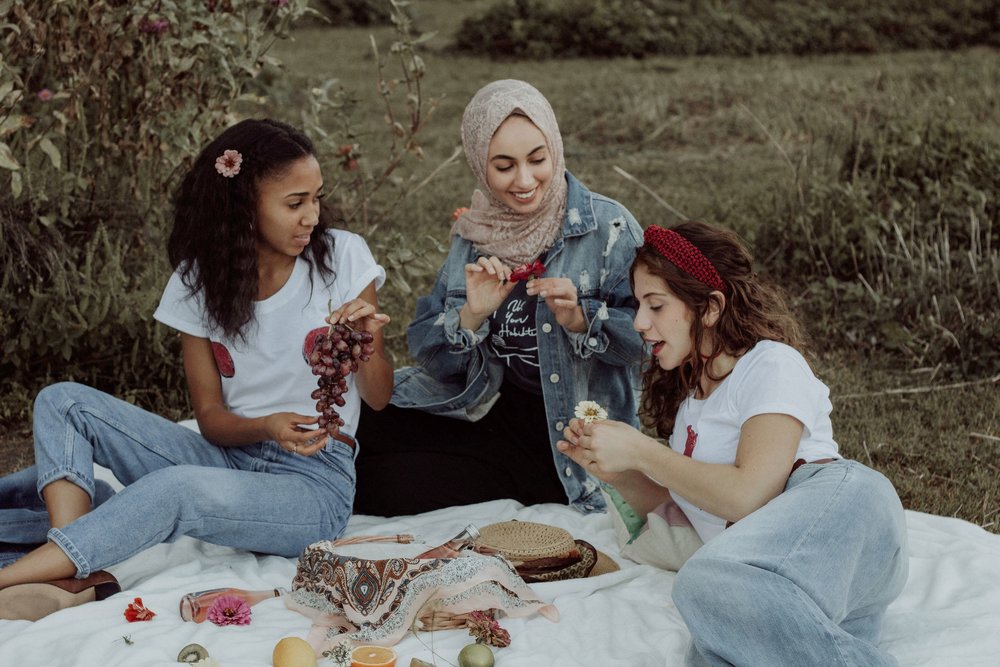 Your Typewriter Project tackles the issue of street harassment in Palestine, and as a Tunisian woman, I can testify that it’s an issue here as well.  Do think it’s a problem that’s especially rampant all across the Arab world?

No, I don’t think this is something especially rampant here. When I talk to women, they often tell me that this happens just as much in New York City or Berlin, for example.

I do think that the societal structure of the Arab world is structured in a way to allow for it and even justify harassment and other forms of gender-based issues. Over time, we’ve become a society with a very skewed power dynamic and it’s a scary thing. I find comfort in knowing that this is all due to power hunger (which is a universal thing) and misinterpretation of religion and identity.

What inspired this project and why the use of typewriters?

I wanted to start a very public dialogue about the things that were affecting women in dangerously quiet ways. I realized that the more I forced it into conversation, the more I found out the everyone around me also experiences it and I was honestly shocked.

I chose a typewriter for a few reasons. Firstly, it’s a very strange thing to see. A typewriter is much more intriguing than a notebook or laptop. It makes you curious and more willing to stop and talk with the person behind it.

Secondly, typewriters are used in Palestine to type travel permits (granted by Israel), which allow Palestinians to travel freely in and out of Palestine. It’s this tool that allows for freedom of movement and control over space. In using this machine to type up people’s stories of gender-based oppression and discrimination, I’m making a statement about who’s controlling the space on the streets.

Aside from street harassment/gender equality, what are some other issues you find are taboo in the Arab world that you’d love to tackle?

Down the line, I want to draw more attention to issues like child marriage and honor killings. These are most definitely taboo subjects which aren’t talked about nearly enough and that’s a tragic thing.