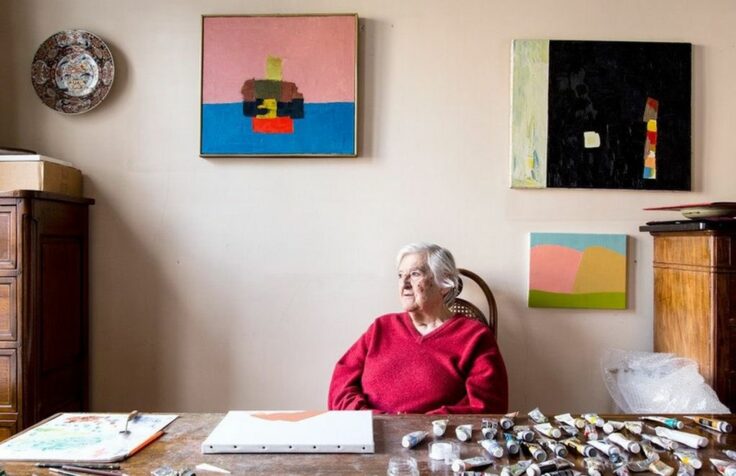 From Nov. 18 to 23, The West Asian and North African Women’s Art Library (WANAWAL) at Reference Point in London is playing host to the highly-anticipated new exhibition, “Beyond a Reasonable Doubt.” Co-created by Zaineb Hasoon, Iraqi multidisciplinary artist and independent curator, alongside Sara bin Safwan, curator for Guggenheim Abu Dhabi and the founder of Banat Collective, it is WANAWAL’s first exhibition, and it is dedicated to the poetry and works of the late Lebanese artist Etel Adnan, who passed away in 2021, exactly one year and four days ago. “We are using Etel’s book The Spring Flowers Own & Manifestations of the Voyage as the main inspiration for the show because it was one of the first books that (the library) procured for its archive,” explained Hasoon in conversation with MILLE.

The exhibition features works by six women artists, including Lulua Alyahya, Juline Hadaya, Ghad AlMajid, Malak Elghuel, Sophia Al Maria, and Shamiran Istifan in addition to a short film by Lamyland, a collective founded by French-Algerian multihyphenate and cultural icon Michèle Lamy. By having a small number of artists involved, the curators ensure that each has the space to articulate their own position and that their work is effectively honored.

Each of the artists drew inspiration, whether direct or indirectly, from Adnan’s art and poetry for their presented works, which spans various mediums such as video, painting, drawing, sculpture, culinary art, and installation, to explore the nuances of memory, sentimentality, and preservation— something that Adnan beautifully mastered through her engagement with the world.

“When we approached the artists and told them that we’re using Etel’s poetry as the reference point, they all had the same relation to her work, whether they were being introduced to her for the first time or they had already thought about using Etel in their previous works or the works they wanted to produce for this show. It’s really nice to just have everyone relate to her poetry in some way,” said bin Safwan.

Echoing on bin Safwan’s statement, Hasoon added: “The artists that we approached for the exhibition not only found inspiration with her poetry, but there is also a direct inclusion of Etel in their works. For example, Sofia Al Maria uses Etel’s voice in her video. A lot of people have heard of (Etel) before, but it’s nice to see that connection.”

Opening tonight, the exhibition will feature a public program that includes a culinary experience by chef and artist Sally Hakmi, who will introduce an array of dishes through communal sharing as well as musical performances by London-based artists Gisou Golshani, AZADI.mp3, Marcelina with Anastasía A, and Bint7alal.

“It’s been great to collaborate with everyone from contemporary artists to performers, and even down to the food element,” shares bin Safwan. “All of these aspects combined together is what Zaineb and I wanted to create— a communal and also multi-sensory experience that hits different points of the senses and hopefully everyone will be able to find some joy in it,” she added.

WANAWAL, founded by artist Evar Hussayni, whose multi-disciplinary practice is focused on Kurdish genealogies, is the first library dedicated to preserving, documenting, and archiving the works of North African and Middle Eastern women. In bin Safwan’s own words, what Hussayni is doing “is a way to ensure that there is representation and inclusivity, and doing the show in a library in itself just shows the dedication in our practices of how important research and documentation is.”

She continued: “I think Zaineb and I naturally drew towards that because we’re very interested in that practice of archiving. The exhibition itself is such a short period of time, and once the food is eaten and the performances are done, that’s it. So our role even after the show is to think about how can we continue sharing that moment afterwards. In Etel’s poetry she tries to encompass these all feelings, times, and places, and they’re all made permanent through her words.” Essentially, “Beyond a Reasonable Doubt” is about the ways we preserve moments even well after they’re over. 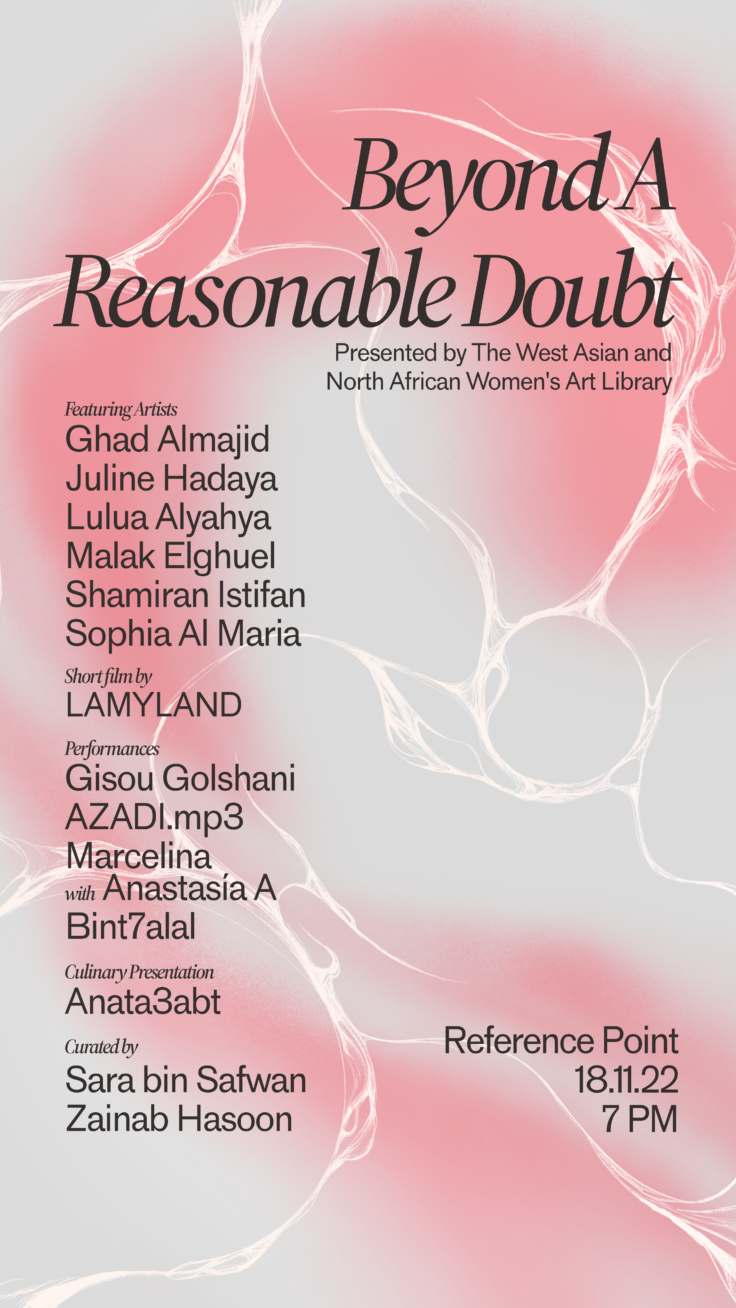 “Beyond a Reasonable Doubt” runs until Nov. 23 at Reference Point in London. You can purchase tickets here. 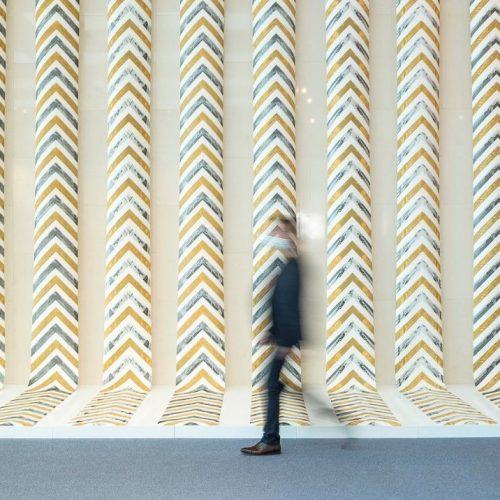