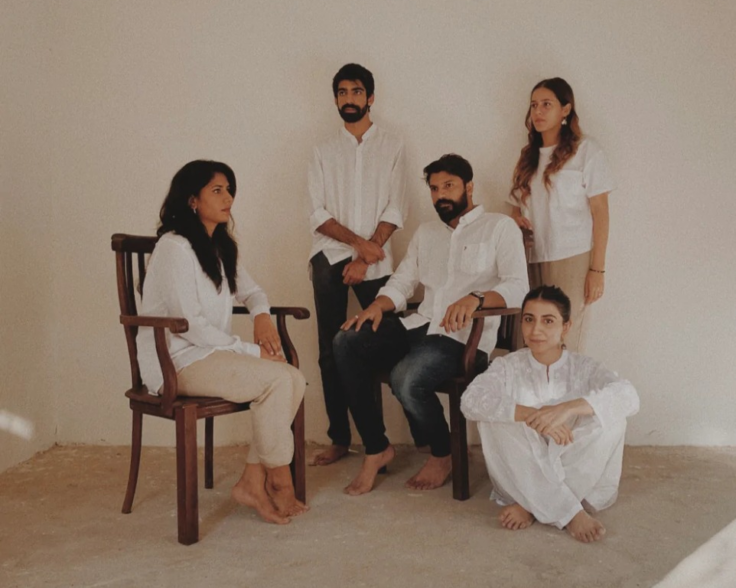 Extreme flooding in Pakistan this summer caused more than 1,600 deaths and displaced approximately 33 million people from their homes. From late August onward, as water from record monsoon rains and melting glaciers entered the flatlands of the country, it gushed onto streets damaging infrastructure, pooled into houses rendering people homeless, and flowed into farmland, resulting in food shortages. As the rainfall has ceased and the water in Pakistan is beginning to slowly drain, remnants of the record-shattering flooding are felt everywhere. This includes the creative scene, which up until mid-June was buzzing in the South Asian country. “We have such incredible art schools, some of the best in the region I’d say. There’s an influx of artists,” said Amad Mian, the director of Pakistan-based gallery and art residency program Dastaangoi. “But where I think it lacks is international exposure. That is what we at Dastaangoi are trying to do— build bridges between Pakistan and the world,” he added.

The mission of the artist residency program is in its name. Dastaangoi means, quite simply, “to tell a story,” which is exactly what the curator hopes to achieve— climate change, be damned.

Mian and the artists recently returned from a 10-day painting tour of the mountains and glaciers in Hunza Valley, a journey that nearly didn’t happen due to the devastating flooding. “This made us realize that Pakistan is home to over seven thousand known glaciers— more than any other country on earth outside the polar regions— and unfortunately they’re rapidly changing.”

Mian founded Dastaangoi in 2020, amid the coronavirus pandemic, so he certainly knows a thing or two about perseverance. “Being motivated when everything around you is so negatively charged is not an easy thing to do. But it also challenged us to think differently and create an opportunity that allowed us to persevere. And with every difficulty there is relief,” shared Mian.

The idea of the artist residency actually came to him when he got stuck in Pakistan during the lockdown two-years-ago. “Living outside for our entire lives, we had assumptions about the country, based on what we’d hear in the news, but the more we spent time here the more we realized those assumptions were completely wrong. There’s beauty, there’re untold stories, incredible art, and incredible people here,” he said.

In addition to PK Art Collective, with exhibition space for budding artists to sell their work; the Lahore Biennale, which launched in 2018; and the Karachi Biennale, Pakistan’s largest international art event, Dastaangoi is part of a thriving creative scene that has emerged in Pakistan over the past decade.

Since its launch, Mian has been bringing artists from around the world to a magical 14 acre vineyard and orchard in the heart of the capital of Islamabad, occupied with sheep and water buffalos and dotted with olive, grape, and orange trees for a two-week residency. Each studio benefits from the breathtaking views of the majestic Margala Hills. As Mian’s artistic practice took off, he found respite in Islamabad’s unique terrain. “We launched the residency after the pandemic, realizing how inspirational the space was for us and wanting to see what feelings it would incite in others,” he mused. 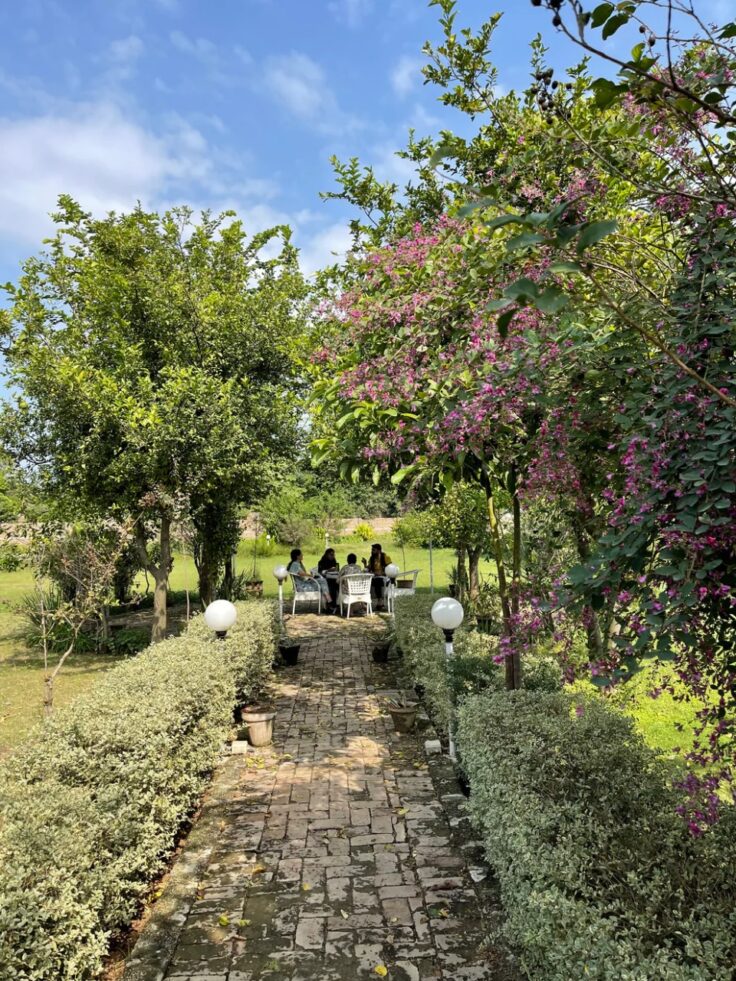 During the artist’s stay, Mian takes them on different trips around the city to assimilate and witness part of Pakistani culture, and line them up with mentors to help them tell their story. “For us, during the two weeks of the residency, we work for the artists. We want to make sure their time here is as beneficial as possible, alongside curating their experience,” he said. “We believe in an exchange, whether cultural or artistic. We hope these artists get to make life-long friends and get a taste of Pakistan which will allow them and their friends to venture beyond the headlines,” Mian added.

When selecting the artists, Mian tries to be as inclusive as possible. For this year’s residency, he, alongside a trusted group of art and cultural leaders, including UAE-based artist and collector Rami Farook, Tunisian calligraffiti artist eL Seed, as well as Sheikha Hoor Al Qasimi, president and director of the Sharjah Art Foundation, handpicked five women artists, including a muralist from Dubai, Amman, and Miramar, a representational artist from Italy, a Turkish-Pakistani miniaturist, and a mixed media artist from Pakistan.

It’s important for Mian to emphasize those whose work engages with Pakistan. Taking place in the gallery right now, for instance, is an exhibition with Dubai-based Pakistani artist Saba Qizilbash, who was part of the Salama mint Hamdan Al Nahyan emerging artist fellowship. “With Dastaangoi Gallery we want to show people the power of Pakistani art.”

He only requires that artists donate their work at the end of their residency, which is to be hung and displayed as a visual reminder of their time spent in Northern Pakistan.