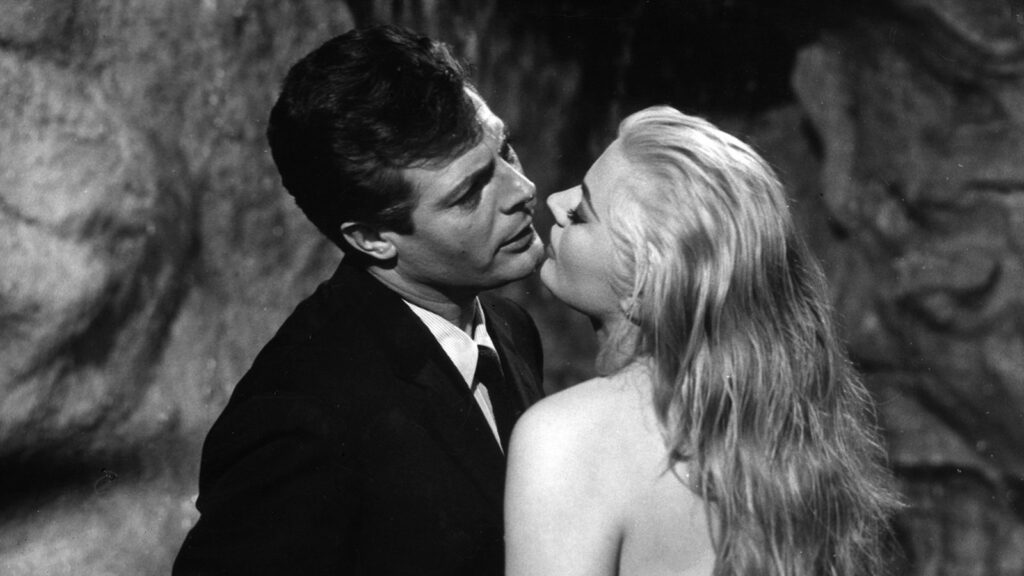 Spend your summer living in a Fellini fantasy

Nearly 60 years after its original release, we are still fawning over Federico Fellini’s Italian classic, La Dolce Vita. Starring Italian tour de force Marcello Mastroianni and Anita Ekberg (and supported by the even more noteworthy Anouk Aimée), the Palme d’Or-winning movie studies the dichotomy or ‘aesthetic of disparity’ between a debauched life of journalism and the more stately aspirations of becoming a writer.

Cinematically, the style is a lesson in neorealism (shot mostly in colloquial Italian), with the costumes alone winning an Oscar. Most of the film was shot at the iconic Cinecittà Studios in Rome, which is still producing contemporary classics such as The English Patient (1992), Wes Anderson’s The Life Aquatic with Steve Zissou (2004) and Paolo Sorrentino‘s series The Young Pope.

In the studio, Fellini’s favourite set designer Piero Gherardi dressed over 80 locations, including various nightclubs and the dome of St Peter’s (the Via Veneto) with staircase et al. However, some of the movie’s most iconic scenes were filmed around le strade di roma. And what better way to recreate an elegant retreat for late summer? 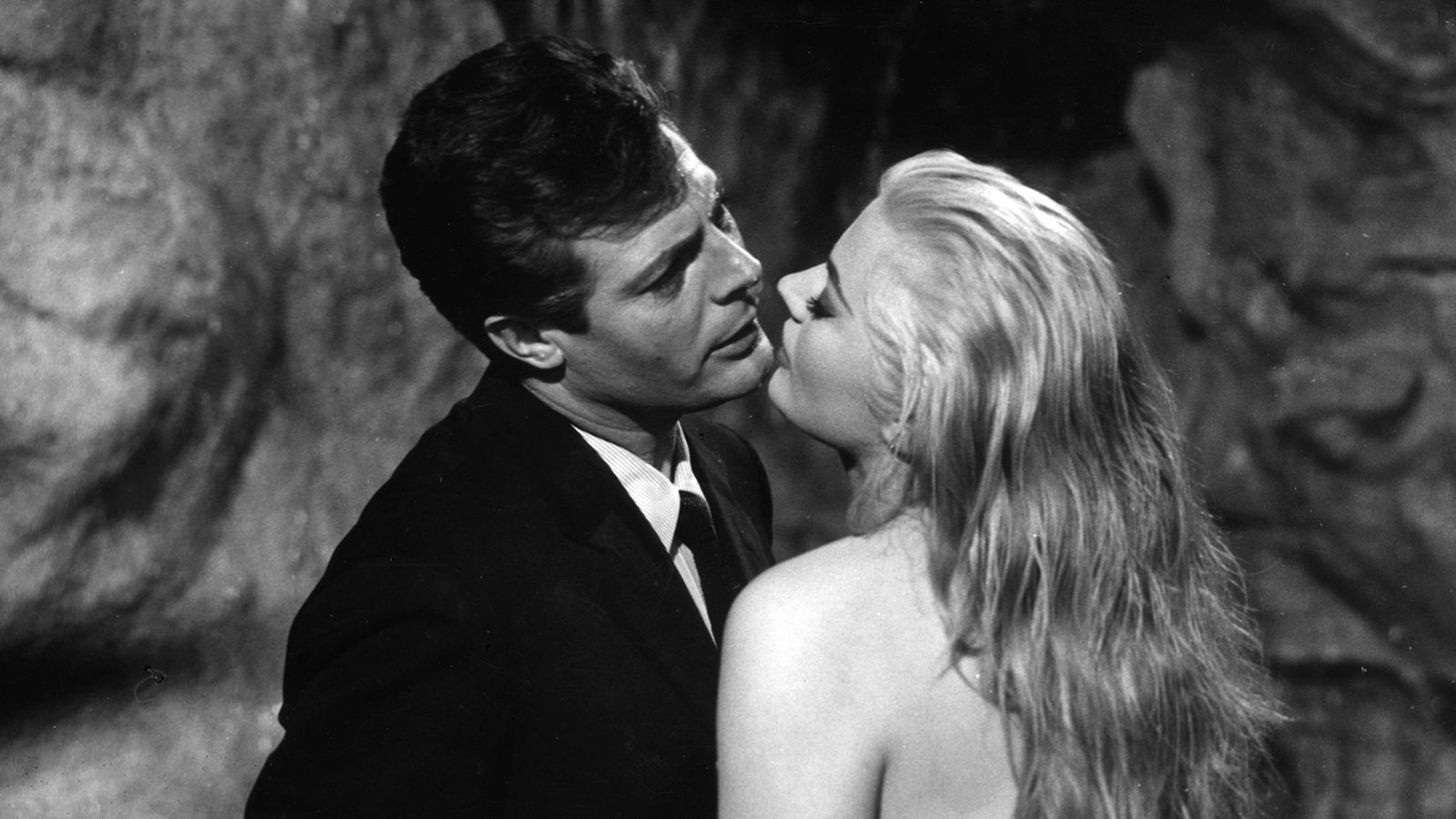 Known as Bassano di Sutri during the making of the film, this castle is the original residence of the Giustiniani family, who would import alum from Greek islands, during a period when alum was worth its weight in gold. As a result, the castle was lavishly decked out, accentuated by the family’s keen eye and interest in collecting art. This decadence is replicated in La Dolce Vita as the actors carry a candelabra through the courtyard and along the luxurious garden paths, emulating the lavishness of Roman nobility.

The most paused, rewound and screenshot moment of the movie. The largest Baroque fountain in the city and probably the most famous fountain in the world, it is only right that Anita Ekberg should have her big movie moment here. Whilst regularly swamped with tourists day and night, during filming it was a different affair — devoid of people and elegantly nocturnal, Ekberg is seen to wade into the fountain in a ballgown, splashing around as Mastroianni watches in astonishment. He then joins her, and there we have one of the most romantic moments in film history. 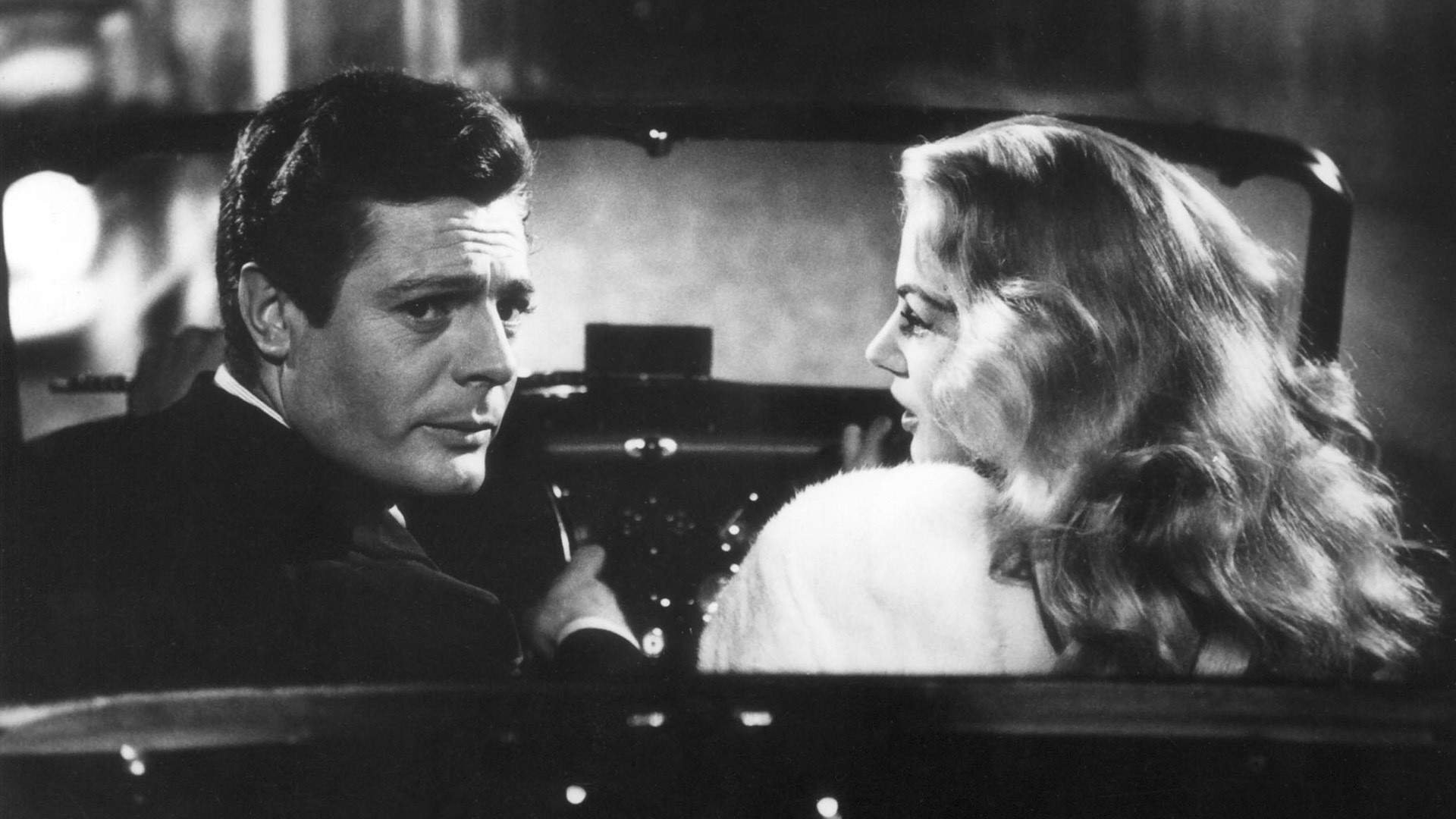 The film’s famous last scene, when Mastroianni waves goodbye and a fish is pulled out of the sea against the dusk backdrop. All of the closing sequences were filmed on location in Passo Oscuro, Fregene – a small resort town situated on the Italian coast, just north of Rome. It is a very quiet beach town, a retreat for people who live in the city and very much un-populated by tourists in comparison to other Italian coastal towns. 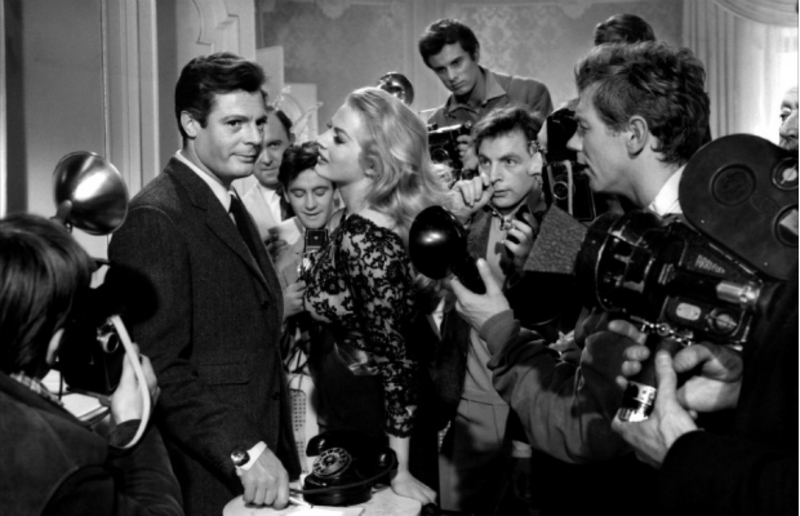 So famous that there is now a cafe in Knightsbridge London called ‘Harry’s Dolce Vita’, the renowned Harry’s Bar on via Veneto was the go-to place for celebrities and artists during Fellini’s golden age. During the filming of La Dolce Vita, the bar was the meeting point of Rome by night, and the location of the most exclusive parties by Audrey Hepburn, Sophia Loren, Marlon Brando, Jean-Paul Belmondo and Fellini himself. For a spell, the resident pianist was Frank Sinatra.

Due to its very close proximity to Cinecittà Studios, the park is often used as a filming location. Its most popular framing in La Dolce Vita is the opening sequence, where a statue of Christ is suspended from a helicopter that circles the Aqua Claudia. The serene park protects the ruins of two colossal ancient aqueducts, and is a perfect retreat just on the outskirts of the bustling city.