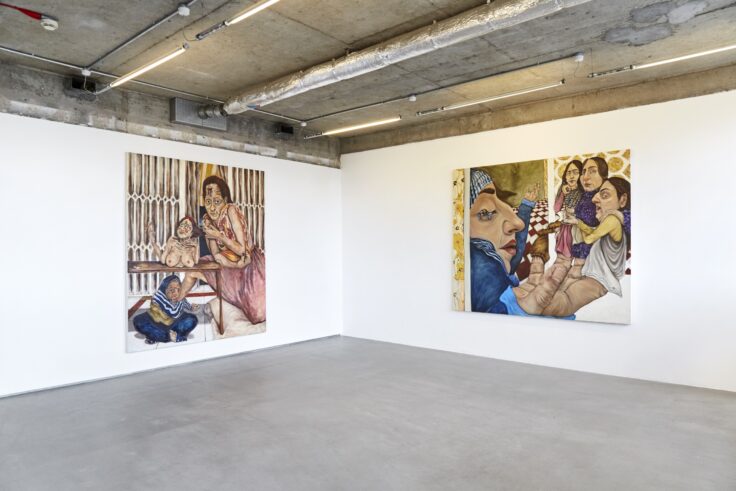 Inside the Twisted World of Artist Nour El Saleh

The Lebanese painter opens her first solo show in London

The exhibition, entitled ‘Exquisite Farces’, is the product of El Saleh’s three-month residency after having graduated from the illustrious Slade School of Fine Art. She might be young but her greatest strength as a painter lies in her ability to challenge her audience to become participants.

Her bizarre subjects, which include elderly children, real life puppets, humanised rats and scary clowns, come straight from her imagination. She notes, “I don’t make preliminary drawings; my process is quite instinctive and naturally gives form to whatever themes are lingering in my head”. 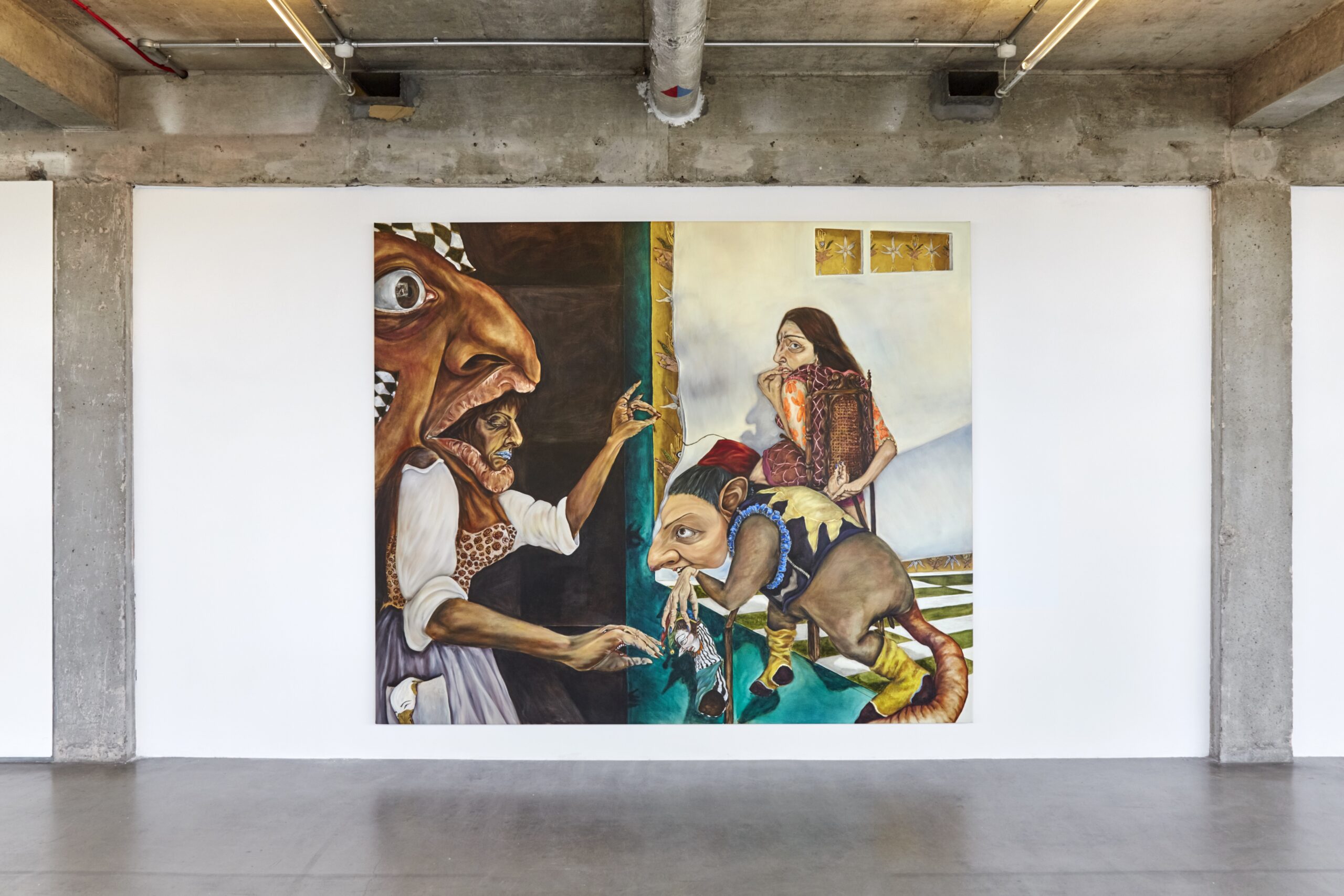 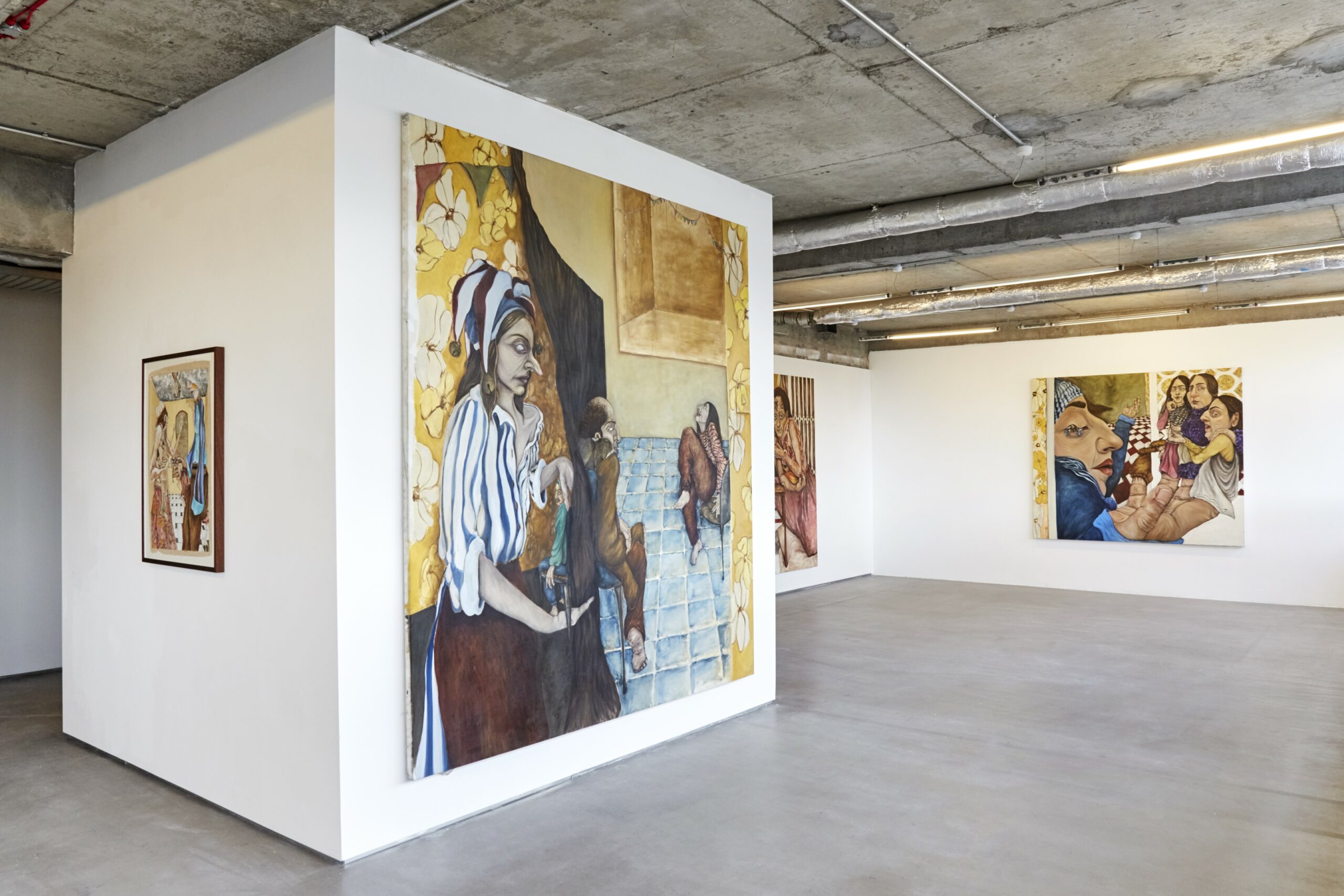 El Saleh’s funny but ultimately terrifying figures (which look like they’ve come straight out of a children’s fairytale) might put people off at first sight but that’s because they aim to undermine stereotypes and norms. “The obstruction, exaggeration and rearrangement of those familiarities, to me, creates a world where preconceptions become confusing and doubted”, she explains.

Her work doesn’t even try to satisfy the fussy criteria of conventional taste—it’s just an abstract of various themes that resonate with her. And the result is a somewhat disturbing rendition of her experiences.

But although her paintings may appear wild and haphazard, they’re anything but sloppy. They are alive, bursting with colour and details and most importantly, they remind us that art isn’t just about aesthetics. It’s above all else about seeing things differently. And although she admits to feeling unsure about the exact purpose of her paintings, her risk-taking art leaves us in awe of her virtuoso talent. 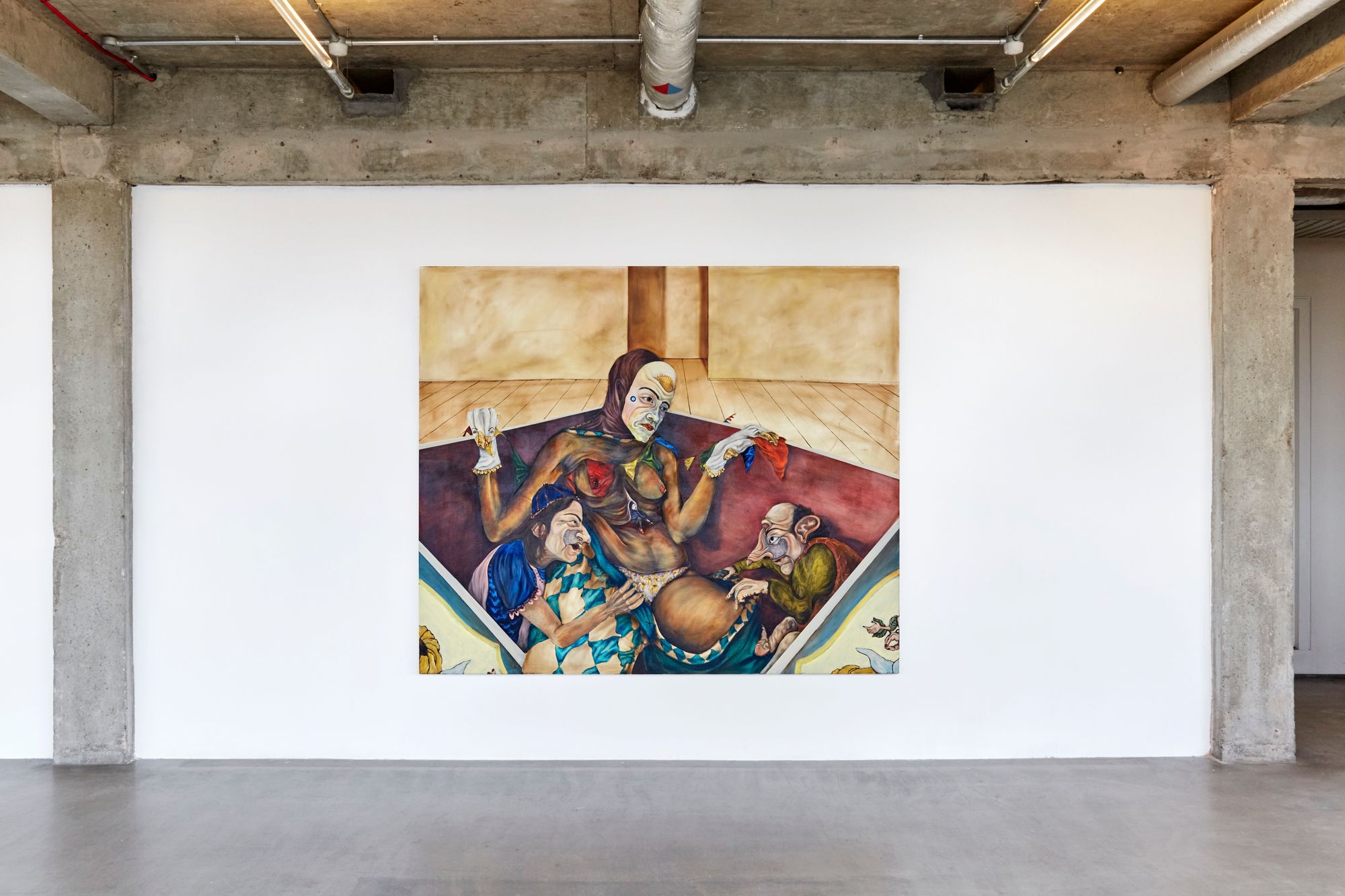